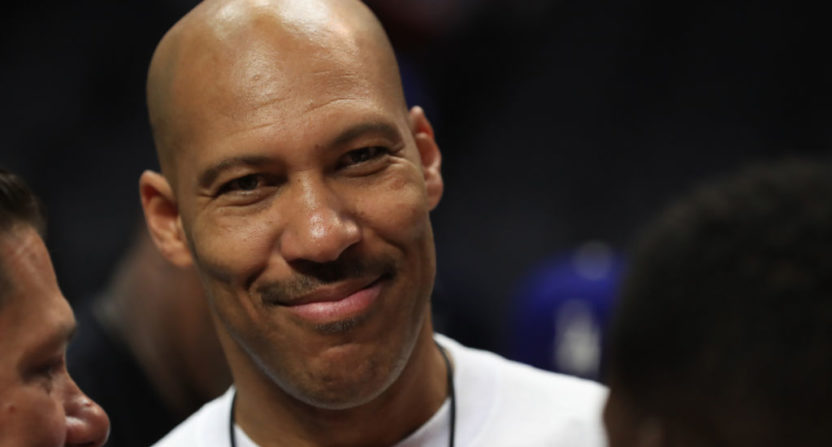 By his own lofty standards, LaVar Ball hadn’t been in the news much lately. In fact, since publicly criticizing Lonzo’s coach five weeks ago, America’s most bombastic basketball dad/coach/agent/entrepreneur/attention-lover had been off in Lithuania laying relatively low.

Well on Monday, LaVar decided to stir some shit. According to a Lithuanian reporter named Donatas Urbonas, LaVar has declared that two years from now, when LaMelo is old enough to enter the NBA, Lonzo will inform the Lakers he won’t re-sign and that he will instead join any franchise that promises to also bring on his brothers. In other words, LaVar will leverage Lonzo into deals for his less talented siblings.

LaVar Ball on his big plan how he's going to bring Lonzo, Melo and Gelo to one NBA team: “Lonzo will be on his 3rd year and I want let every NBA team know, that Lonzo is not going to resign with the Lakers, but will go to any team, that will take all of my three boys.” pic.twitter.com/GErdXjraYU

There’s also the issue that Lonzo isn’t really that great. If the rookie point guard were, say, Chris Paul, it wouldn’t be too far-fetched that a team would honor his package-deal request. Remember when LeBron James refused to sign a new contract in Cleveland until the Cavaliers had signed all his friends? Superstars offer teams so much surplus value that front offices will bend over backward to make them happy. Rookies like Lonzo Ball who score 10.2 points per game on 35.6 percent shooting? They don’t typically get to call the shots.

If Lonzo falls short of stardom, LaVar will have essentially no leverage to dictate terms to the Lakers or any other team, and no one will be interested in carrying LiAngelo and LaMelo as a mere favor. (Though we should note that LaMelo, only 16, is on track to be a legitimate prospect, if things break right.) In that case, LaVar’s ultimatum (assuming he follows through on it) will only damage his oldest son’s career.

But in all likelihood, LaVar’s bluster will amount to nothing, Lonzo will play out his NBA career like any other player, and LaMelo and LiAngelo will either reach the league or fail to reach the league on their own respective merits. And LaVar himself? He’ll just keep talking.