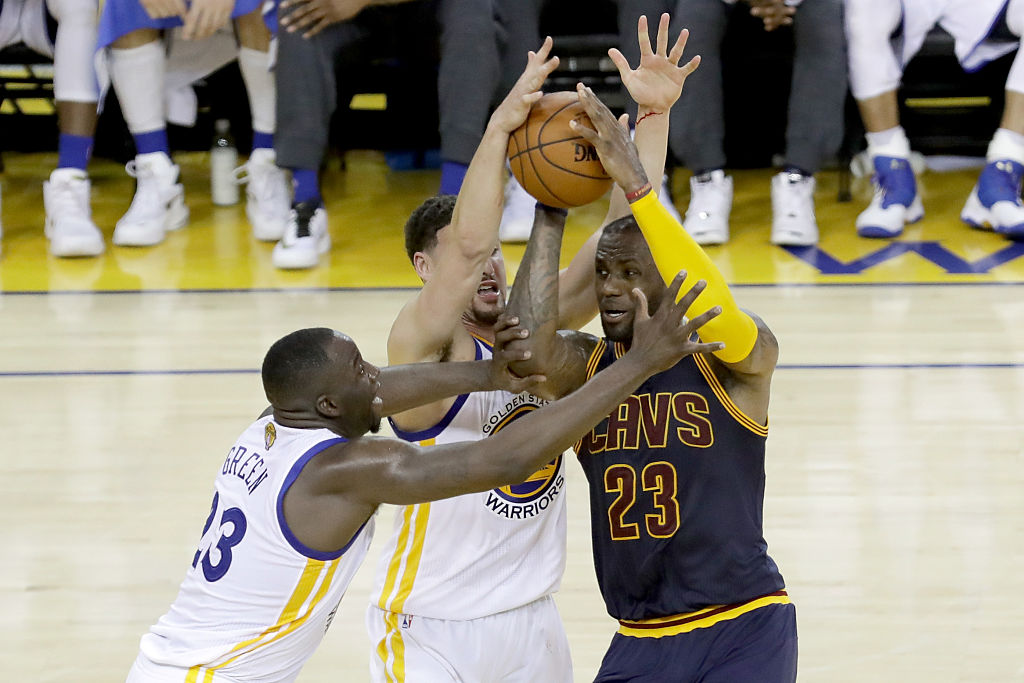 Seriously, what should he do?

You may remember that LeBron James asked that question — quite memorably, in fact — back in 2010. It was part of a personal brand reclamation commercial produced by Wieden and Kennedy, for who else but Nike, after his departure from Cleveland to set up shop in South Beach.

As those sorts of spots go, it was rather effective. Ultimately, it was just another advertisement, designed to sell not only shoes, but an image of King James, a person that neither you, nor I, nor the vast majority of us will ever truly “know.”

But what made the ad at least charming was its willingness to play with the rather ridiculous nature of the question in the first place. Why was LeBron James, a grown adult with the sort of talent for his craft that most of us can only dream of, under any obligation to explain himself? What in the world gave any of us the right to tell him how to live his life? And how, exactly, was a global figure of his magnitude supposed to make everyone happy?

Ultimately, with the aid of a rather hefty marketing budget, James addressed the question simply by pointing out how ridiculous it was in the first place.

Which brings us back to the present day, where the questions facing LeBron James are less existential, and more practical, even vocational, in nature. Chances are that in the thick of his sixth straight trip to the NBA Finals, but trailing 0-2 after a pair of blowout losses, James is less worried about what the world thinks about his at the moment, and more concerned with finding a way to turn things around on the court. LeBron James and the Cavaliers won 57 games, steamrolled their way through the Eastern Conference, and ran straight into one of the greatest basketball teams that’s ever been assembled.

Seriously, what should he do?

A whole bunch of reporters asked that question of LeBron James during Tuesday’s off-day media session. Not directly, of course, because that might be a little blunt. But there was no doubt that the general tone of the Q-and-A was to try and prompt James for some sort of answer to a series that is getting rapidly out of hand.

“Is this team capable of playing that (physical) style again?” “When you’re more aggressive, what does that entail in your game?” “How do things change if (Kevin Love) can’t go tomorrow night and beyond?” “Do you guys need more three-point makes and attempts?” “Does the idea of being a man possessed, could that help you turn the series around?”

When being occupied by some sort of other-worldly spirit, even the metaphorical kind, is being tossed around as strategy, that gives us some sense of how things have unfolded thus far.

Kevin Love has been impossible to hide, defensively, and is now questionable for the remainder of the series after entering concussion protocol. Kyrie Irving’s isolation offense has played right into the Warriors’ switching, trapping hands, and on the other end, well, the less said about that, the better. LeBron James has been great, because “great” is his baseline, but there is no denying that his game has atrophied, somewhat, in the last few seasons.

lebron vs. the warriors so far: pic.twitter.com/YIWgG6yxLu

This is unsurprising, given the rather preposterous workload he has shouldered as a player, to this point. But it is also an inescapable fact that his jumper appears to have abandoned him, he seems unable to carry an offense as in years past, and in Game 2, at least, turnovers became a pronounced problem.

“For me, I try to do whatever it takes to help our team win,” offered James on Tuesday, “and I do everything offensively, defensively, getting guys involved, rebounding, everything, so my game doesn’t waver one way or the other. I’m not a pure scorer. I’m not an all-assist guy. I’m not just a rebounder. I do everything. So for me, I said that after Game 2 that I’ve got to play better, but as far as my numbers, I don’t worry about that.”

If that all sounds rather general and vague to you, well, you’re certainly not alone. That may explain why James was then immediately asked if he had anything specific in mind.

“Nothing specific,” came his response, “I’ve just got to go out there and play better.”

No magic bullet, no deus ex machina, no brilliant strategic shift that will not only turn around the series, but change the very essence of basketball for generations to come. No, suffice it to say, there are no easy answers for the Cavaliers, now two years into the Chosen One’s dramatic return to Cleveland. Which means, as anyone with even a passing familiarity with our sports dialog could have predicted, there’s only one thing left to do. 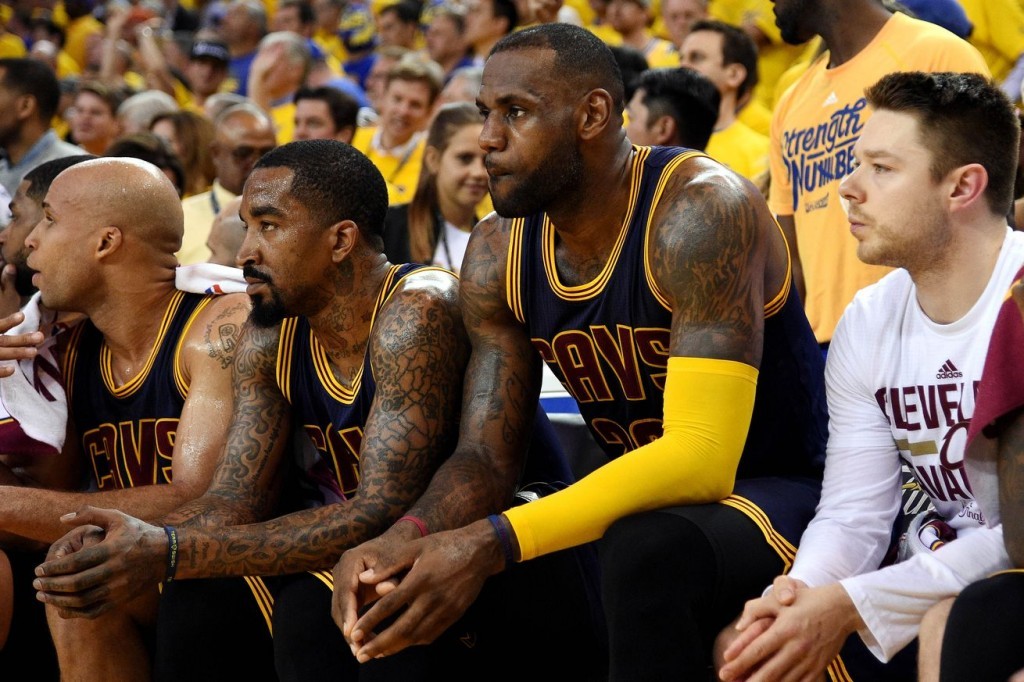 More than a decade into LeBron James’ career, you’re somewhat less likely to see him shamed for his performance on the hardwood itself. It’s hard, after all, to plausibly claim that the man can’t take over a fourth quarter, knock down a critical shot late or carry a championship team, now that we’ve seen all these things happen with our own eyes.

Furthermore, taking aim at LeBron’s game seems particularly difficult, or outright foolish, after the Sisyphian effort of last year’s Finals, as James, without either of his fellow All-Stars for most of the series, somehow took an early lead on the Warriors with a roster that often seemed held together by duct tape and spit.

No, this time, the knives have come out not so much for LeBron’s play, but for his machinations. Perhaps, for all of Irving’s undeniable talent, the flaws in his game are fatal. Maybe the swap that saw Andrew Wiggins exchanged for Love was misguided over the long run. Could it be that after taking the rather rare step of making a coaching change while atop the standings, Tyronn Lue is no more equipped to take this team to a title than poor, oft-criticized David Blatt ever was?

By now, we’re all likely familiar with the fact that all of this will come back to LeBron, given that, for better and for worse, King James is the Cavs. Whether you choose to see him as an arrogant Machiavelli attempting to usurp all power, or simply an assertive competitor who holds all leverage by virtue of his talent, there is no denying that all matters pertaining to “The Land” now run straight through the four-time MVP.

That means plenty of plaudits when (or maybe it’s if) Cleveland finally crosses the finish line, and claims a championship. But until then? He’ll continue to be hounded with questions that have no easy answers.

An NBA season is, at the core, a progression of failures of varying degrees. Only one team gets to raise a banner, after all, while 29 others confront some version of the question, “What went wrong?” Ours is a society that demands accountability and action, and for someone to do something to atone for the fact that things have not gone according to plan.

It’s already happening now, with Golden State still two wins away from sending the Cavaliers back to the drawing board. We blame Kyrie and Love, we blame the role players, we blame Lue, we blame David Griffin, we blame Dan Gilbert and his fart-machine, and yes — of course — we blame LeBron James, because he still hasn’t found a way to answer that all important question.

What should he do?

Should he make a few changes on the margins of the roster? Or blow the whole thing up? Bring in another new coach, perhaps? Or simply overhaul the style of the team? Is it time to bring together the Superfriends? Or maybe go young instead?

LeBron was the star of another, more recent Nike commercial, two seasons ago, upon his return to Cleveland. Entitled “Together,” the spot features James at the center of a huddle that gradually grows to engulf the entire city of Cleveland, joined as one. So the story goes, each person is vitally important to the cause of the city’s first NBA title. And yes, as the “All In” movement falls short once again, LeBron James doesn’t appear to have things figured out. But then neither, for that matter, does anyone else.

So what should we do? Perhaps we should stop dishing out the blame, and choose instead to admire the effort, and marvel at the enormity of the challenge

Of course, that’s about as likely, in this day and age, as a Cavaliers comeback.