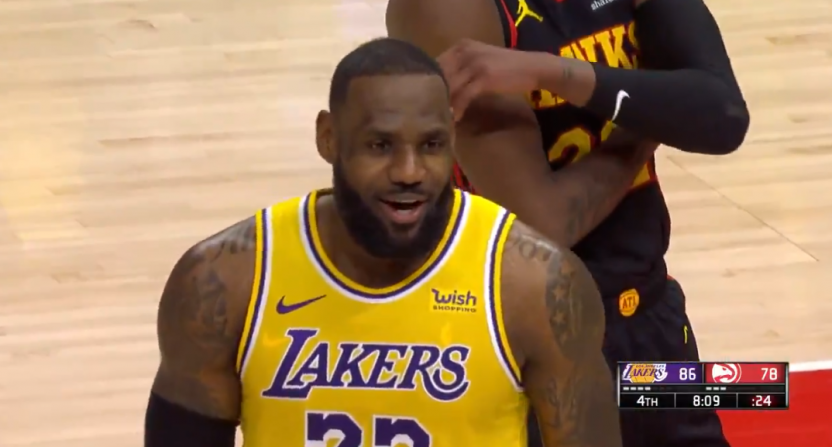 The Los Angeles Lakers took down the Atlanta Hawks 107-99 on Monday night to improve to 16-6 on the season. But the main story from the game wasn’t about the actual basketball being played. Instead, the postgame talk was about courtside fans getting into it with LeBron James, which led to four fans being ejected (last week, the Hawks began allowing up to 1,700 fans in State Farm Arena). The verbal altercation even led to a stoppage in play.

Bron got heckled by a fan in Atlanta. 👀🍿 pic.twitter.com/6dcVpyhy9K

Two women and two men have been escorted off the court. One of the women left with middle fingers up toward the court. https://t.co/qlQGlsYIBm

LeBron spoke about the incident in the postgame press conference, and said that he didn’t think it was warranted for the fans to be ejected:

LeBron on his interaction with spectators in Atlanta on Monday: pic.twitter.com/spWDITZqkl

Well, one of the fans that was ejected wasn’t as kind about assessing the incident.

Juliana Carlos took to Instagram with a series of (NSFW Language) videos ranting about the altercation, claiming that LeBron cussed out her husband Chris, leading to her doing the same to LeBron.

And then LeBron fired off this tweet: “Courtside Karen was MAD MAD!!”

And you can be sure that Courtside Karen will immediately be trending on Twitter.