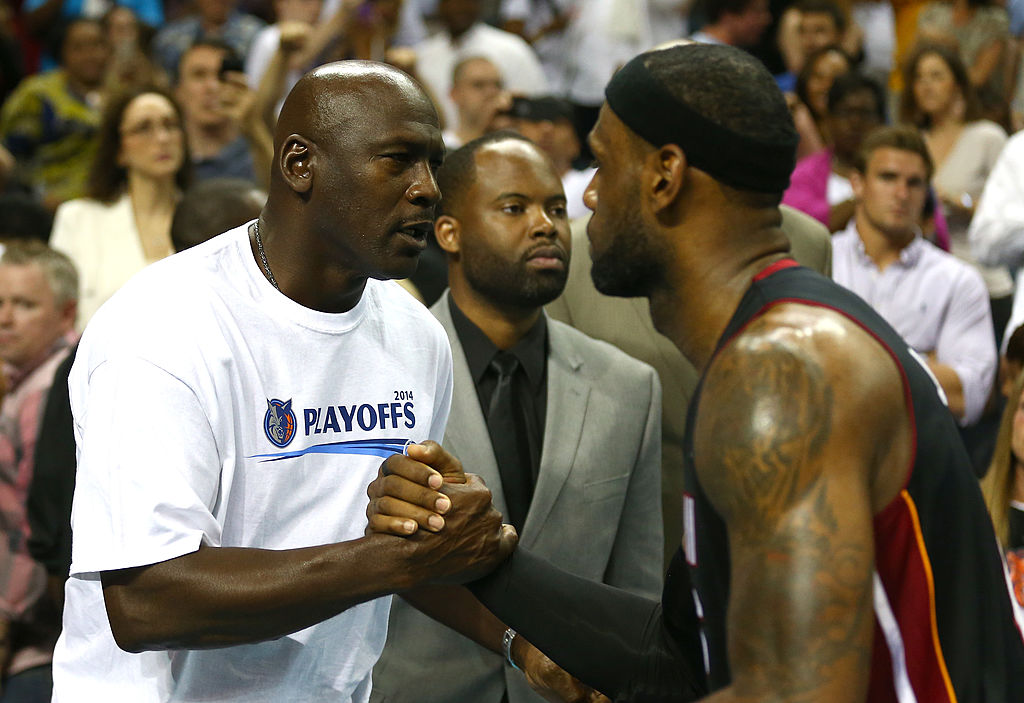 It is the debate that will never die when it comes to the NBA: Is X superstar as good as Michael Jordan?

Whenever a guard-like basketball player rises to the upper crust of the NBA’s talent pool, the Jordan comparisons are never far behind. Those comparisons followed Kobe Bryant practically his whole career, and with good reason — their respective “games” were eerily similar.

But for someone like LeBron James, the comparisons are interesting, but have never quite felt apt. Bryant was a high-scoring, traditional shooting guard, with nearly identical measurables as Jordan, whereas James has always looked and played a bit more like Magic Johnson. However, that never stopped people from relentlessly comparing Jordan and James, and the debate between the two has once again reared its ugly head.

James was asked about how his game stacks up to Jordan’s on Thursday, and said what most of us have been thinking all along, they don’t really match up.

Granted, James did acknowledge the fluid “greatness” comparison between the two, but as far as style of play goes, the two are vastly different players. James has undoubtedly been asked a variation of the Jordan-comparison question hundreds of times in his career, and his answer here is about as well thought through and reasoned as you can get — it’s just interesting to see him state it in such forceful and unequivocal language.

Of course this will not stop your (least?) favorite sports debate shows from breaking down this dynamic endlessly over the next few days. I can’t wait for Skip and/or Stephen A to scream at me that actually, LeBron just ripped off his entire game from Jordan and this was just a sad attempt to gaslight us all.