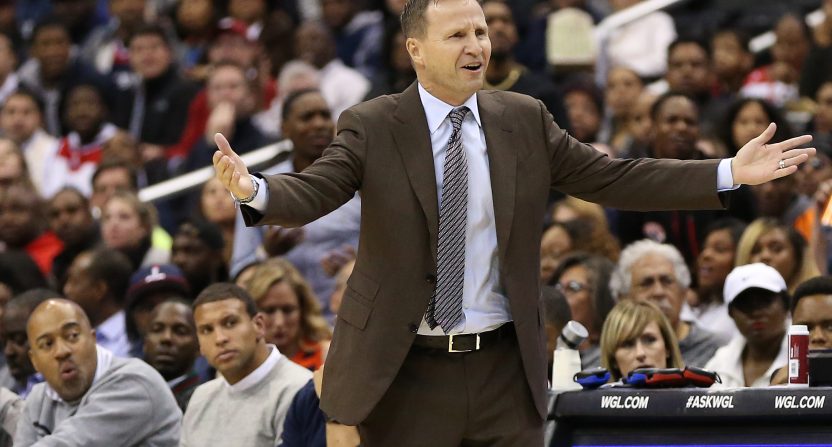 And so far the Wizards are 2-9, with the latest loss being a 117-108 one to the Orlando Magic on Friday night.

That’s not good, and they showed why they haven’t been good on a few plays in Friday night’s loss.

Like, when they couldn’t inbound the ball twice in one minute.

The Wizards struggling to inbound the ball twice in the same quarter. 🤣🤣🤣 pic.twitter.com/i4xKtmUdAD

The Wizards have particularly been brutal in the rebounding department, and that showed up again in the loss to Orlando.

In fact, they’ve been outrebounded in all 11 games so far.

The 2-9 Wizards have been out-rebounded in all 11 of their games this season. That's just unreal.

Tonight, the Magic outdid them 41-35, including this offensive board by Mo Bamba. pic.twitter.com/X9lPtnGIgO

You can point to a lot of small sample size data to explain issues and be optimistic that teams improve in certain areas, but getting outrebounded in all 11 games to start the season is certainly a concern. Scott Brooks’ team will have to really, really pick up their effort on the boards going forward.