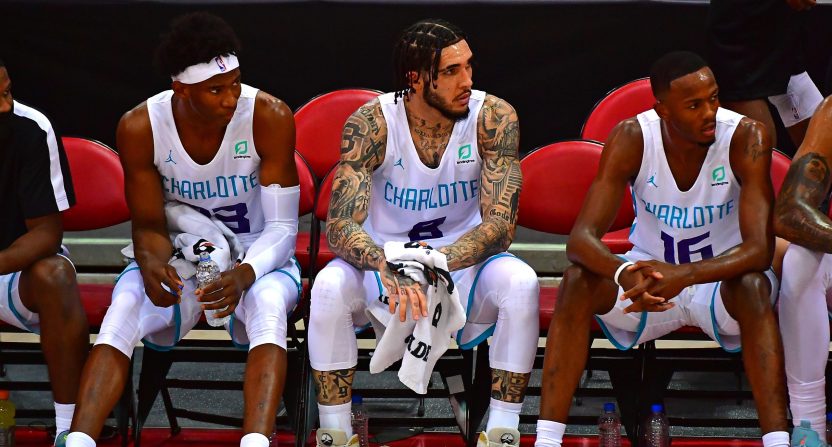 The Ball brothers consisting of Lonzo, LiAngelo, and LaMelo Ball have long been one of the most publicized families in basketball, but it now appears that two of the three brothers may be playing together this upcoming season.

The Charlotte Hornets revealed on Monday that they are signing LiAngelo Ball to their training camp roster.

LiAngelo has been tied to the Hornets throughout the offseason after playing three games for the organization in the 2022 NBA Summer League.

He also spent 36 games with the Hornets G-League affiliate, the Greensboro Swarm in 2021.

LiAngelo has not yet proven that he can compete at the NBA level thus far through multiple stints on NBA rosters, but many around the NBA world are hopeful that he can stick with the Hornets roster moving forward.

There are roster spots available in camp in Charlotte. https://t.co/Wdrix6poPc

All we need now is to trade for Lonzo https://t.co/DuJtf3CU8O

Lonzo Ball certainly appears to be happy about his younger brother getting a chance, taking to social media to express that “all he needs is a chance”.

All he need is a chance… 🪣 https://t.co/wOkSBZg7Bu

The contract that LiAngelo will be received is not expected to be a guaranteed one, meaning that he will need to earn his spot on the roster for the regular season.

A potential reunion between LaMelo Ball and LiAngelo Ball is certainly an intriguing one for many fans, but it remains to be seen if it would work on the court at the NBA level.