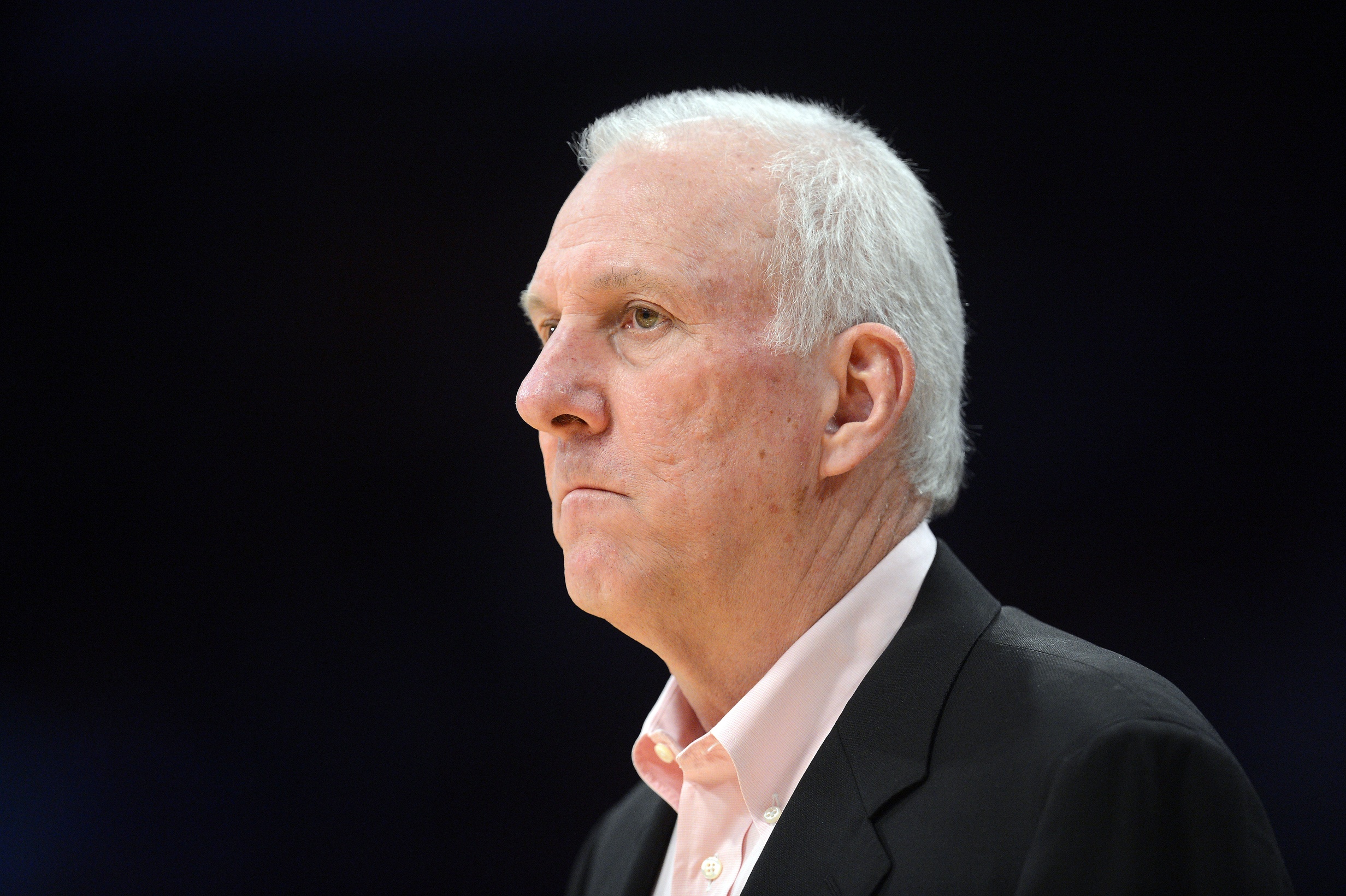 NBA coaches have not been shy about sharing their thoughts on Donald Trump. From Stan Van Gundy to Steve Kerr, we’ve heard a lot of anti-Trump fury from guys on NBA sidelines.

But none of that touches what Gregg Popovich unleashed Friday.

The San Antonio Spurs coach absolutely lit into Trump in a podcast interview with the San Antonio Express-News. Popovich criticized the president-elect’s racism, xenophobia and misogyny. He compared Trump to an eighth-grade bully. He called out evangelical Trump voters. He accused Trump over fear-mongering. He described voting for Trump as “beyond my comprehension.”

If you’re distressed about Trump’s election, you’ll find yourself nodding along vigorously with Popovich’s screed.

Via MySanAntonio.com, here’s a full transcription of all Popovich’s righteous fury.

“Right now I’m just trying to formulate thoughts. It’s too early. I’m just sick to my stomach. Not basically because the Republicans won or anything, but the disgusting tenure and tone and all of the comments that have been xenophobic, homophobic, racist, misogynistic.

“I live in that country where half of the people ignored all of that to elect someone. That’s the scariest part of the whole thing to me. It’s got nothing to do with the environment and Obamacare, and all of the other stuff. We live in a country that ignored all of those values that we would hold our kids accountable for. They’d be grounded for years if they acted and said the things that have been said in that campaign by Donald Trump.

“I look at the Evangelicals and I wonder, those values don’t mean anything to them? All of those values to me are more important than anybody’s skill in business or anything else because it tells who we are, and how we want to live, and what kind of people we are. That’s why I have great respect for people like Lindsey Graham and John McCain, John Kasich, who I disagree with on a lot of political things, but they had enough fiber and respect for humanity and tolerance for all groups to say what they said about the man.

“That’s what worries me. I get it, of course we want to be successful, we’re all going to say that. Everybody wants to be successful, it’s our country, we don’t want it to go down the drain. But any reasonable person would come to that conclusion, but it does not take away the fact that he used that fear mongering, and all of the comments, from day one, the race bating with trying to make Barack Obama, our first black president, illegitimate. It leaves me wondering where I’ve been living, and with whom I’m living.

“The fact that people can just gloss that over, start talking about the transition team, and we’re all going to be kumbaya now and try to make the country good without talking about any of those things. And now we see that he’s already backing off of immigration and Obamacare and other things, so was it a big fake, which makes you feel it’s even more disgusting and cynical that somebody would use that to get the base that fired up. To get elected. And what gets lost in the process are African Americans, and Hispanics, and women, and the gay population, not to mention the eighth grade developmental stage exhibited by him when he made fun of the handicapped person. I mean, come on. That’s what a seventh grade, eighth grade bully does. And he was elected president of the United States. We would have scolded our kids. We would have had discussions until we were blue in the face trying to get them to understand these things. He is in charge of our country. That’s disgusting.

“I’m not done. One could go on and on, we didn’t make this stuff up. He’s angry at the media because they reported what he said and how he acted. That’s ironic to me. It makes no sense. So that’s my real fear, and that’s what gives me so much pause and makes me feel so badly that the country is willing to be that intolerant and not understand the empathy that’s necessary to understand other group’s situations. I’m a rich white guy, and I’m sick to my stomach thinking about it. I can’t imagine being a Muslim right now, or a woman, or an African American, a Hispanic, a handicapped person. How disenfranchised they might feel. And for anyone in those groups that voted for him, it’s just beyond my comprehension how they ignore all of that. My final conclusion is, my big fear is — we are Rome.”