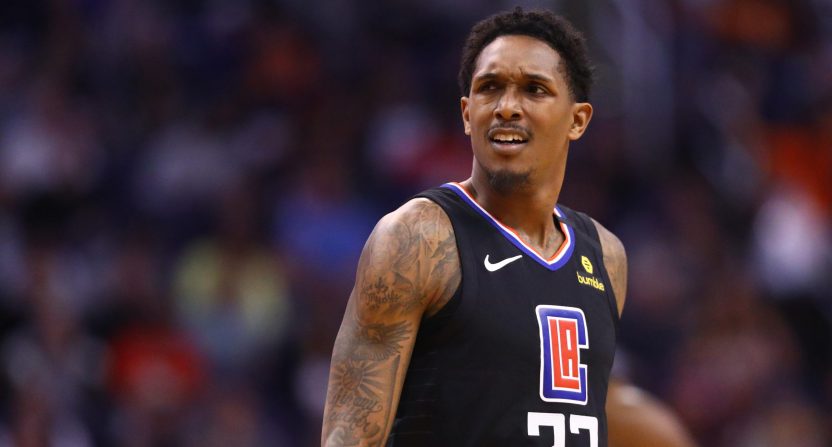 Thanks to social media, we learned that Lou Williams spent at least a bit of time outside the bubble at Magic City, an establishment that sounds like it would be right at home at Disney World.

That’s just the name, though, as it’s actually a renowned Atlanta strip club. According to Williams he just visited briefly for takeout:

Ask any of my teammates what’s my favorite restaurant in Atlanta is. Ain’t nobody partying. Chill out lol #Maskon #inandout

The NBA, though, took his activities a lot more seriously:

Sources told ESPN that Williams has been interviewed by NBA security about his whereabouts while he was away from campus, and told them he did go to the Magic City gentleman’s club for a short time on Thursday night

Today, according to Shams Charania, Williams was notified that he’ll be required to quarantine for 10 days:

Clippers’ Lou Williams will have 10-day quarantine on Orlando campus after picking up food at Magic City on excused absence — sidelining him through first two seeding games — NBA says.

As Bobby Marks noted, this also means Williams will be forfeiting a big chunk of salary as well:

Williams is obviously a key piece for the Clippers, and he’ll at least be out for their return game against the Lakers on July 30th. The Clippers probably can’t catch the Lakers for the #1 seed, but they are in danger of sliding down from their current #2 slot, so being without Williams could have major implications for how the West ends up slotting in for the postseason.

It is nice, though, after all that’s happened in society, to have sports back to the point where this kind of story can happen at all.