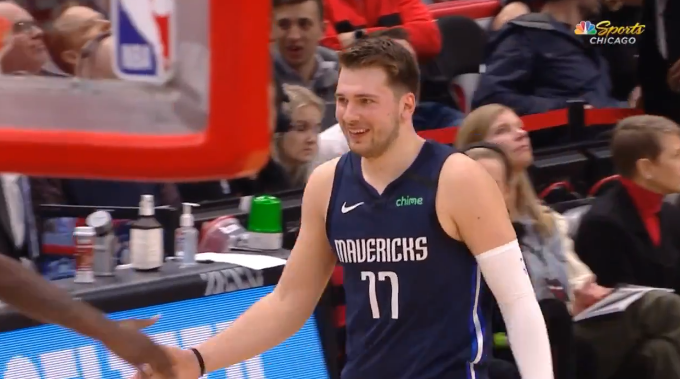 Jim Boylen has been heavily mocked in his two seasons as head coach of the Chicago Bulls, and one thing he’s taken a lot of criticism — and laughs — for is his timeout usage. And on Monday night, Boylen got laughed at by Dallas Mavericks superstar Luka Doncic after a calling timeout at a horrible time for the Bulls.

In the second quarter, the Bulls had the ball in transition, and Tomas Satoransky found Ryan Arcidiacono for a layup. However, Chicago’s two points were taken off the board, because Boylen had already called a timeout. The gaffe drew laughter from Doncic:

Jim Boylen finding new ways to attract criticism for his timeouts. He called one to break up an easy layup.

Neil: "Sato's not happy about that timeout."
Stacey: "That was a layup!" pic.twitter.com/AEZPM2S9ui

We have reached the point of the Bulls season where opposing players are laughing at Jim Boylen during the game @WorldWideWob pic.twitter.com/tmxNELxXdG

Surprisingly, the Bulls actually went on to win the game 109-107, for just their second win in 24 tries against teams with records of .500 or above.