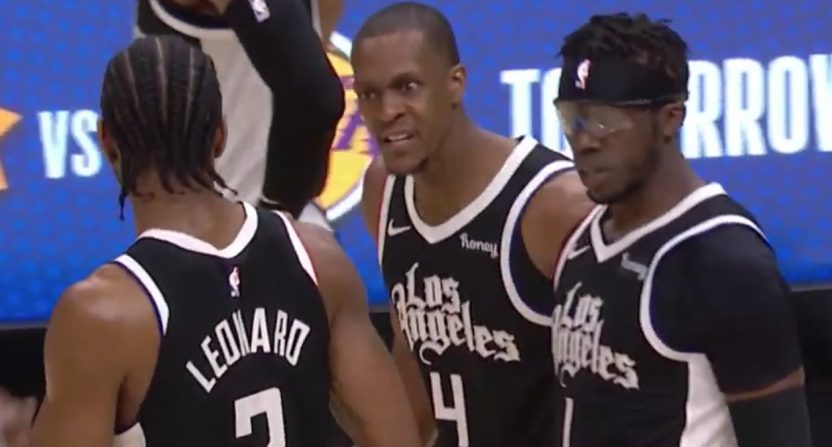 The Los Angeles Clippers are on the verge of another highly disappointing playoff exit.

Luka Doncic scored 42 points and made a variety of ridiculous shots to lead the No. 5 Dallas Mavericks to a 105-100 win over the No. 4 Clippers on Wednesday night at Staples Center. The Mavericks now have a 3-2 series lead, and the road team has won all five games in the series.

Luka. Dude. This is unfair. 🔥🔥🔥 pic.twitter.com/OrBnIQAuIm

Dallas closed the third quarter on a 16-0 run to take an 89-75 lead into the fourth. The Clippers trailed 101-91 entering the final two minutes, and it appeared they may complete a crazy late comeback. It was a 101-100 game after Kawhi Leonard made a free throw with 39.5 seconds left, and the Clippers had a great chance to take the lead with roughly 10 seconds remaining, but wasted that chance with an ugly possession.

What are we doing here? pic.twitter.com/NIYr6fKaqO

Still, the Clippers had a chance to tie the game off an inbounds play with 8.8 seconds remaining, but Leonard settled for this ugly three-pointer that resulted in an airball.

Kawhi had a chance to tie it. pic.twitter.com/RhJqcRiRDv

Rondo's reaction after this Kawhi shot to tie the game 👀 pic.twitter.com/yqLF8hW1P9

Many evaluators thought the Clippers were the team to beat for last season’s NBA playoffs in the bubble, and Los Angeles proceeded to blow a 3-1 lead in the second round to the Denver Nuggets. Now, the Clippers may not even get out of the first round.

Dallas can close out the series on Friday night, but it would take being the first team to win a home game in this crazy series.