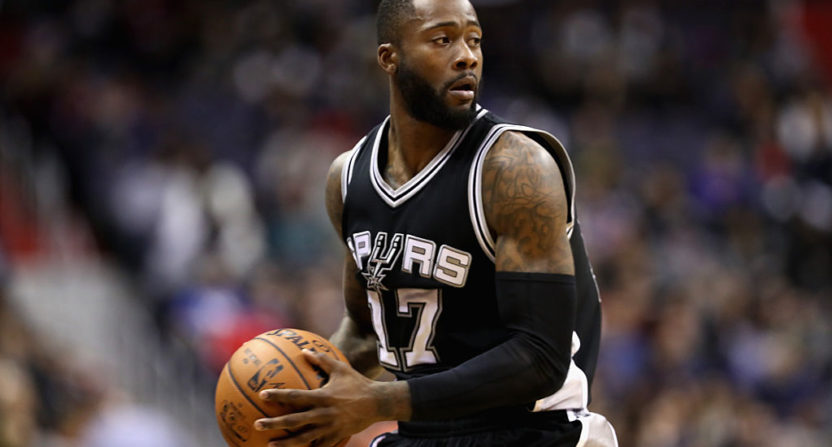 Houston rapper Trae Tha Truth has a reputation for charitable work in the city, so it’s no surprise he’s spent the days following Hurricane Harvey and its historic flooding rescuing people in a boat. Among those he rescued was Orlando Magic guard Jonathon Simmons, a Houston native.

Thank God my family is safe..! Praying for other families!! #harvey

Simmons stocked up with food and supplies in a friend’s house to prepare for the hurricane. He and his friend took in more people who had been displaced by the flood. Simmons estimated there were more than 20 people in the house at one point, and food and supplies began to run low. Fortunately, Simmons and Trae Tha Truth have a mutual friend, so Simmons managed to get in touch with the rapper for a rescue.

When the food supplies disappeared, Simmons knew that he had to get his family and friends to safety as soon as possible. Luckily for him, rapper Trae the Truth – a fellow Houston native – came to the rescue.

“Trae Tha Truth, the rapper, is from Houston and we know a mutual friend from San Antonio. They brought a boat to Houston because (Trae) had to evacuate as well,” Simmons said of the rapper, who has gained additional notoriety recently in Houston for helping dozens of others evacuate flooded areas. “They came and got (Trae) and then he came and got us right away. Luckily, I had a friend in the area who could help us out.”

“We still had to ride a boat, walk through muddy water and ride on the back of a dumpster truck for like five miles. It was crazy,’’ Simmons recalled. “I had to hold up my people and I had some kids with me. Most of the kids were old enough to walk, but one of them I had to carry with me.’’

Although Simmons has taken his talents out of Texas after signing a three-year deal with the Magic, he was home in Houston for the offseason. Simmons grew up in Houston and graduated from M.B. Smiley High School as the district’s co-MVP. After a couple of junior college stints elsewhere in Texas, he finished his collegiate career at University of Houston before becoming a D-League success story with the Spurs.