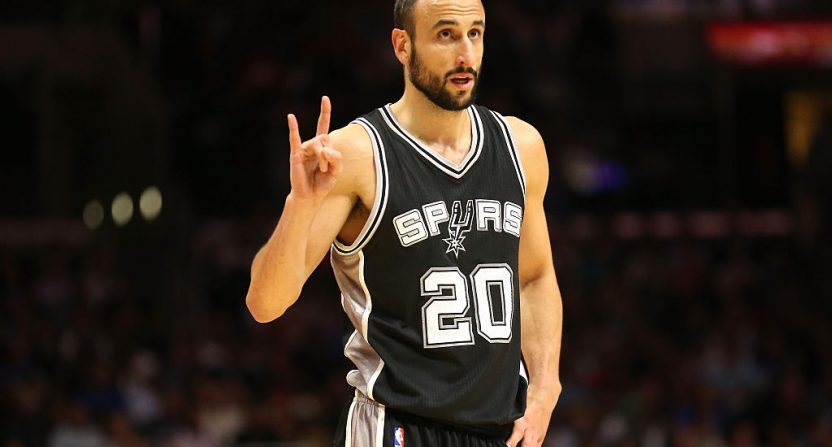 While San Antonio Spurs’ wing Manu Ginobili is playing a smaller role these days, he proved Wednesday he can still make incredible highlights even at 39. Here’s the remarkable no-look pass he delivered to Kawhi Leonard against the Orlando Magic:

Look at this pass by Manu Ginobili. pic.twitter.com/hI01dxOgBq

Ginobili takes a pass from Patty Mills and looks like he’s going to drive to the rim himself, but instead flips the ball from hand to hand and then behind his back to Leonard, who elevates for an easy uncontested dunk. The deception here is perfect, as Magic forward Aaron Gordon (#00) might have been able to challenge Leonard on a straightforward entry, but was caught turning the wrong way to stop Ginobili’s apparent drive and wasn’t able to recover in time.

It hasn’t been the greatest of years for Ginobili overall, as he’s averaging a career-low 18.5 minutes and only scoring 7.8 points per game. His field-goal percentage is also a career-low .381, and his rebound and assist numbers have fallen off as well. That’s not surprising given his age, but it does show he’s not the superstar he used to be. Like fellow aging NBA veteran Vince Carter, though, Ginobili can still occasionally make plays that amaze. He certainly did with this assist Wednesday.