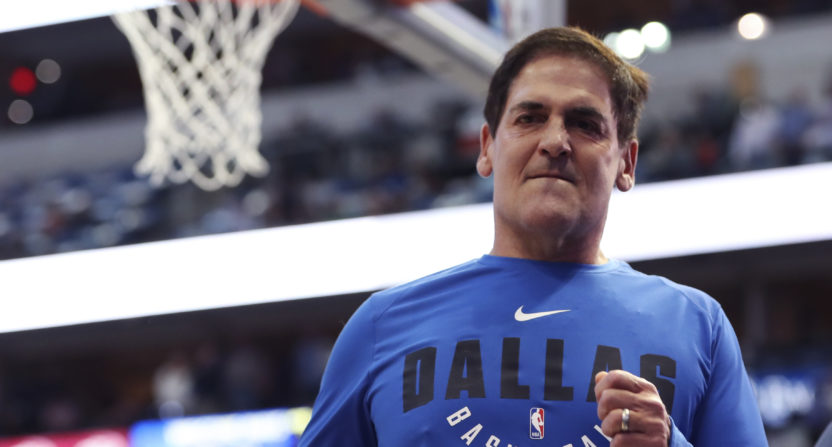 And as lame as it is to not be trying to win games (the players aren’t trying to lose, but the rosters are built to be bad), it’s in their best interest to lose. Unless the team has a lot of young talent and is trending forward (like the Philadelphia 76ers and Utah Jazz), the worst place to be in the NBA is in the middle. It’s a star’s league, and the easiest way to acquire stars is by having the lottery balls bounce your way, especially if you’re a smaller market team that has a difficult time attracting top free agents.

And the easiest way to have the lottery balls bounce your way is to finish with one of the worst records and get higher lottery odds. This is especially important before the lottery format changes next year to make it more difficult to be “rewarded” for tanking, and with this upcoming draft featuring potential franchise-changers at the top in Deandre Ayton, Luka Doncic, Marvin Bagley III, Michael Porter Jr., Trae Young, and Mohamed Bamba.

Welp, Dallas Mavericks owner Mark Cuban indeed admitted that his team is better off losing during a podcast with Julius Erving. Cuban did say that tanking is “brutal” and he never intends to do so again (and, again, the lottery reform will make it more difficult anyway).

Here’s what Cuban had to say, via ESPN:

Cuban told Julius Erving on the House Call with Dr. J podcast that he shared that sentiment with the team recently.

“I’m probably not supposed to say this, but, like, I just had dinner with a bunch of our guys the other night, and here we are, you know, we weren’t competing for the playoffs. I was like, ‘Look, losing is our best option,'” Cuban said on the podcast. “Adam [Silver] would hate hearing that, but I at least sat down and I explained it to them. And I explained what our plans were going to be this summer, that we’re not going to tank again. This was, like, a year-and-a-half tanking, and that was too brutal for me. But being transparent, I think that’s the key to being kind of a players owner and having stability.”

It’s certainly nice to hear that kind of honesty, but — as Cuban said himself — NBA commissioner Adam Silver probably isn’t a fan of these comments.

The Mavericks are currently 18-40, one half game behind the Suns and Hawks for the league’s worst record. Or, the league’s best lottery odds, which would give them a 25% chance at the top pick and assure them of a top-four pick. That could help land the Mavericks the franchise star they desperately need.

UPDATE: Mark Cuban was fined $600,000 by the NBA for his tanking comments.