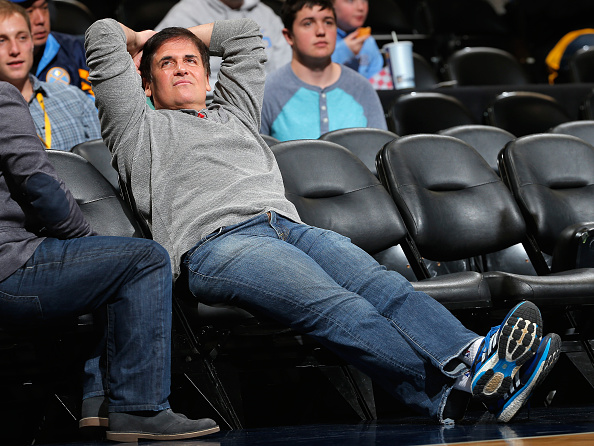 Ravaged with multiple injuries to key starters, the Dallas Mavericks start to the 2016-17 has been an unmitigated disaster. But, despite winning an NBA-low three of 16 games, Mavs owner Mark Cuban isn’t ready to throw in the towel.

Cuban said Dallas is always going to compete, as attempting to land the number one pick is no certain guarantee.

“Haters gonna hate. We think that you always compete,” Cuban told ESPN. “If you’re competing when the league is better, like it is this year, if you don’t do well, you’ll be in a position to get a good pick. Which, remember, even if you have the worst record in the NBA, there’s a 75 percent chance you’re not going to get the top pick.”

The boisterous Mavericks owner might want to see his squad compete night in and night out, but there remains a startling lack of talent for Dallas to right the ship and push for the playoffs.

The three best Mavericks are Dirk Nowitzki, Harrison Barnes, and Wesley Matthews. Nowitzki, a Mavericks legend, is pushing 40. He’s battled an Achilles injury and missed 11 games already. Wes Matthews, who signed a four-year, $70 million deal last offseason, has never seemingly recovered from an Achilles injury himself. He’s an old 30. His defensive effectiveness that made him a coveted free agent has faded as he’s understandably lost a step and his shooting is ridiculously streaky. Barnes, the only Mavericks ‘star’ to appear in all 16 games, looks surprisingly competent after signing a much-criticized max contract. But, he’s getting buckets because no one else can.

The rest of Dallas is a collection of broken toys. J.J. Barea is a sparkplug at the point, but will be out six weeks with a leg injury. Deron Williams appeared in just eight games in 2016-17 and counting on him is dangerous. Meanwhile, Andrew Bogut, another prized offseason acquisition is providing next-to-no offense (3.8 PPG) while missing a handful of games himself. The Mavs bench consisting of Dwight Powell, Dorian Finney-Smith, Salah Mejri, Jonathan Gibson and Justin Anderson leaves a lot to be desired.

Dallas is without a bonafide future star. There’s hope Barnes can develop into the role, but the jury’s still out on is he’s a legit number one scoring option on a healthy team. Cuban and the Mavericks desperately need a new, young face of the franchise to inspire hope going forward. The best way to do acquire one is via the lottery.

Cuban will never admit to actively tanking, he’s too proud. But, considering how the Mavericks season has already gone way off the tracks, the team can tank without actively acknowledging it. Dallas is unhealthy and mediocre. Keeping on the same path, publicly claiming to compete while privately understanding that’s impossible to do is the best course of action. The Mavs are bad and should be tanking. Maybe, they already are. Ending up with a lottery pick should be Dallas’ number one priority. How low? That all depends on Cuban.