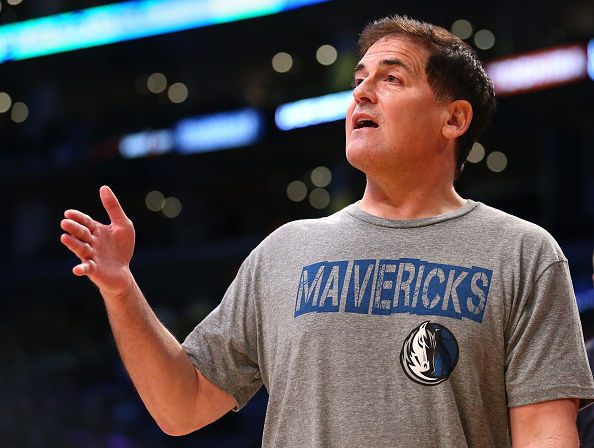 After the Dallas Mavericks’ first losing season in some time, Mark Cuban acknowledged Sunday night his team is in a rebuilding mode but did not hesitate to suggest the Mavs would not be rebuilding if they played in the Eastern Conference.

During an interview on ESPN in the middle of an NBA Summer League game, Cuban shared his feelings about the current state of the NBA and where his Mavs fit in. With so many star players heading to the Western Conference, thus leaving the Eastern Conference a barren wasteland outside of Cleveland and Boston, teams thought to be struggling in the West would be much closer to competing in the East.

“There’s no question about it. If we were in the East, we would not be rebuilding,” Cuban said during the ESPN broadcast. “We’d be handling things completely different. I think I’m going to kidnap [NBA commissioner] Adam Silver and not let him out until he moves us to the Eastern Conference.”

This is not the first time Cuban has mentioned realignment in the NBA. In 2014, Cuban said he wanted four teams in the Western Conference moved into the Eastern Conference. Specifically, Cuban wanted the three NBA teams in Texas (Mavericks, Houston Rockets, San Antonio Spurs) and the New Orleans Pelicans to be moved to the East. In exchange, the Western Conference would get the Chicago Bulls, Indiana Pacers, Milwaukee Bucks and the Detroit Pistons.

Here is @mcuban’s initial comments on realignment for the playoffs: pic.twitter.com/2sUthFk5NP

.@mcuban on if he has selfish motives for this idea of shaking up the West and East: pic.twitter.com/vs446FIXdR

The idea of a team from Dallas being in the East is not at all unheard of. The NFL’s Dallas Cowboys play in the NFC East. And remember when the Atlanta Braves played in the NL West? Geography and sports can be weird. If Cuban got his wish back in 2014, the NBA geographical map would be all out of whack anyway with the Memphis Grizzlies and Minnesota Timberwolves still stuck in the Western Conference, while teams west of them are playing in the East.

Because we live in a two-conference system, the idea of going the route of using a soccer-style standings operation remains impossible, but perhaps that could help bring some balance to the league too. Until then, Cuban’s Mavs will have to settle with being in rebuilding mode.