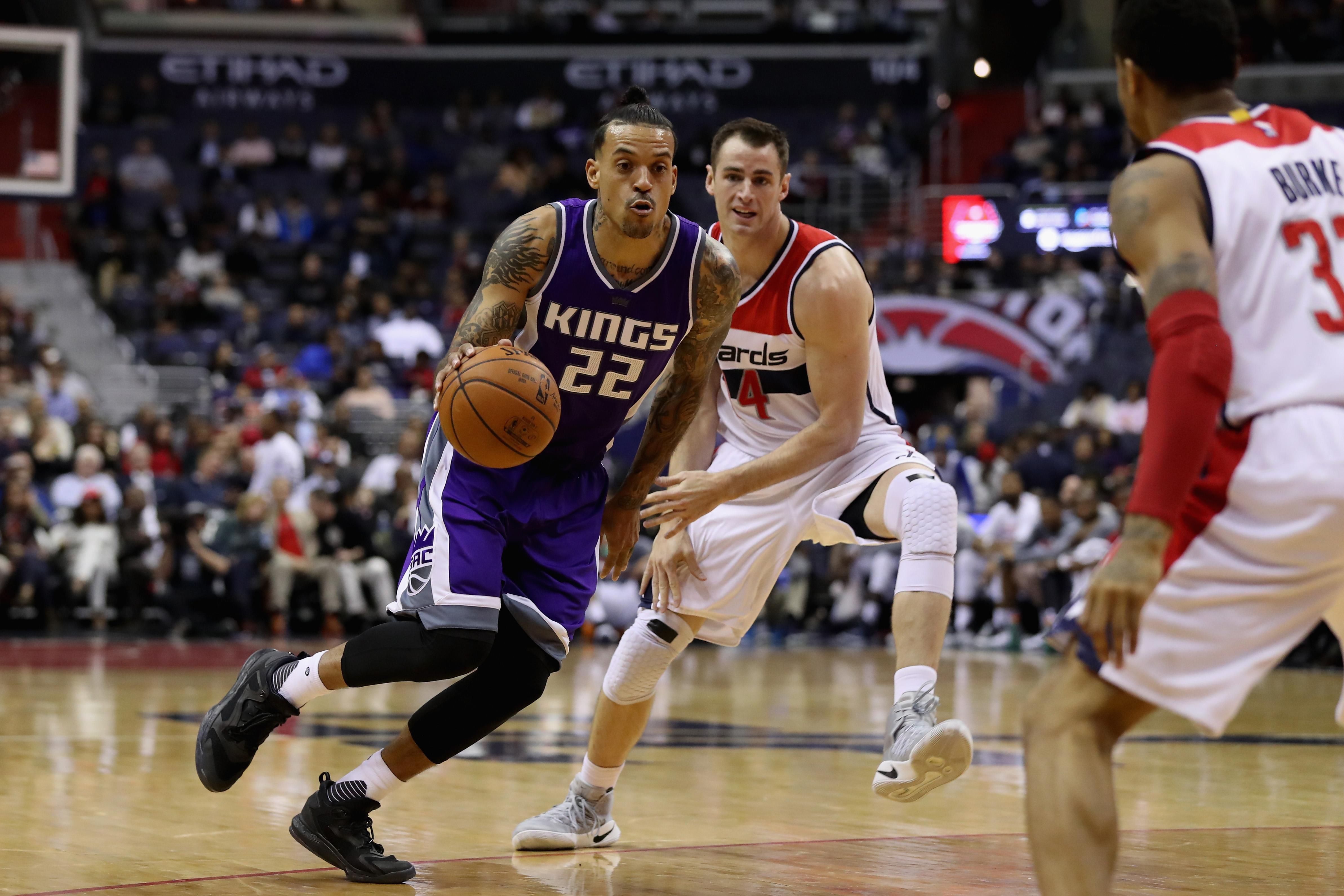 Sacramento Kings teammates Matt Barnes and DeMarcus Cousins went out to a New York nightclub on Monday. Since we’re now writing about it, you can rightfully assume things didn’t go well.

Barnes and Cousins were involved in a physical altercation. Since Monday’s incident, a lawsuit has been filed against the NBA players. But other than the lawsuit, details of the situation are questionable.

With this being a lot of “he said, she said”, let’s try to put all of the different accusations on the table. Here’s what was first reported by TMZ:

Sacramento Kings star Matt Barnes is wanted by NYPD for questioning after he allegedly choked a woman inside a nightclub early Monday morning — and TMZ Sports got video of him right after the incident.

Law enforcement sources tell us cops got a 911 call to Avenue Nightclub after midnight, reporting a man assaulting 2 women and another man. We’re told things got physical when Barnes allegedly choked one woman during an argument — and when 2 other people tried to intervene … he punched both of them.

Then, Barnes’s reps responded. Once again, this was TMZ’s work:

A rep for the NBA star tells us … Barnes was having a good time at Avenue Nightclub with his teammate, DeMarcus Cousins, when he went to sit at his VIP booth and accidentally “butt bumped” a woman who was at the next booth over.

Barnes claims the woman reacted by slapping him in the face, hard — and that’s when all hell broke loose.

Barnes claims the woman’s crew — which included several men — jumped in and began to get violent. Barnes was knocked to the ground in the melee and one of the men began to choke him.

We’re told Barnes got physical in an effort to protect himself. Cousins also jumped in to defend Barnes.

We spoke with  Barnes’ attorney Alex Spiro who tells us, “We do not believe a crime was committed and are hopeful no charges will be pressed.”

Two days later, more details came out regarding a video of the incident in question. This time, USA Today had the scoop:

Finally, the incident’s most recent news came when the lawsuit was discovered (Via TMZ):

Matt Barnes and DeMarcus Cousins have just been SUED over the nightclub brawl at Avenue in NYC this week … with the alleged victims claiming they were brutalized by the NBA stars.

According to the lawsuit filed in NYC, Jasmine Besiso and Myrone Powell claim they were innocently hanging out when Barnes approached Jasmine and began to choke her.

In the suit, Powell says he saw the attack and tried to intervene but that’s when Cousins stepped in and punched him in the face.

At that point, Barnes allegedly released Jasmine’s neck and elbowed her in the face — knocking her unconscious. Myrone claims he was taken to the ground and Barnes and Cousins proceeded to kick and punch him in the head and body.

A rep for the alleged victims calls the incident a “vicious and unprovoked attack” And says Cousins’ initial blow was a “blindside punch.”

The rep also says the two were transported by ambulance to a nearby hospital where they were treated for “serious injuries.”

Whew. This brings us to the point where you should be careful what you believe from either side. While TMZ has become as reliable as anyone, this is a lot of hearsay and lawyer speak.

But while we don’t know all of the concrete facts — and there is a good chance we might never get those — it’s hardly surprising these two players were involved. Whether this leads to league discipline, or further court dates, though, remains to be seen.