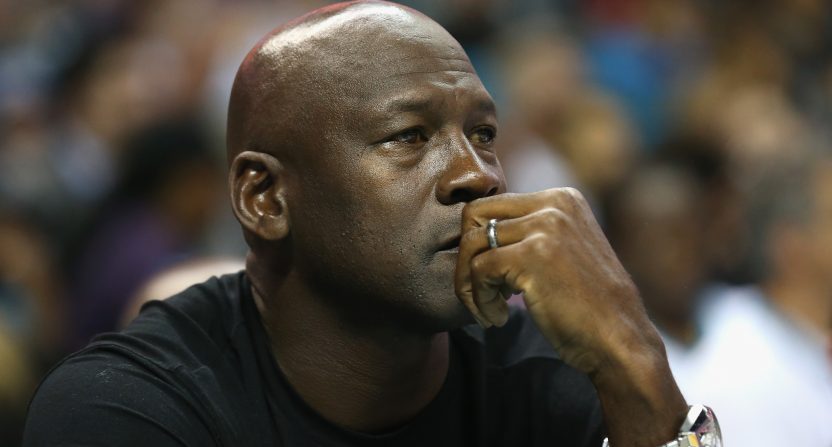 The man serving life in prison for killing James Jordan, Michael Jordan’s father, has requested a new trial, according to The Fayetteville Observer.

Daniel Andre Green was convicted in 1996 of murdering James Jordan in 1993, after co-defendant Larry Martin Demery agreed to testify against him. Green claimed that he helped Demery dispose of the body but maintains he didn’t shoot Jordan. Demery claims that Green is the one who shot him.

However, according to The Fayetteville Observer, Green’s case is based on the fact that a juror visited the site where Jordan’s body was found against the judge’s orders, and that they say some of the law enforcement evidence presented at trial was inaccurate.

These include an affidavit from jury foreperson Paula Locklear. Locklear signed a document that says during Green’s trial in 1996, she violated the trial judge’s orders by visiting the site in South Carolina where Jordan’s body was discovered.

“This visit influenced my interpretation of the evidence and played a role in my deliberations of the case,” Locklear’s affidavit says. “Specifically, based on my visit to the scene, I came to believe that Mr. Jordan had died in South Carolina at the location where his body was discovered.”

They say serologist Jennifer Elwell with the State Bureau of Investigation misleadingly testified about testing to determine if blood was in Jordan’s car despite the lack of visible bloodstains. The lack of visible stains had caused some jurors to doubt the state’s contention that Jordan was killed in the car, Locklear’s affidavit says. Elwell’s testimony persuaded them, the affidavit says.

According to the paper, the next hearing will likely be in the summer.