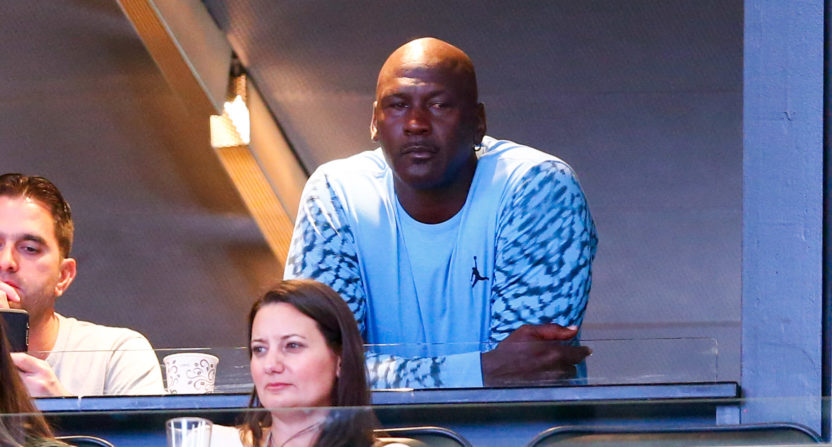 Michael Jordan is the greatest basketball player of all time. That’s probably not in dispute, unless you really value Bill Russell’s championships (or LeBron’s), but it’s a pretty safe assertion.

He’s also owned the Charlotte Hornets since 2009, when they were still the Bobcats. Since he took over in 2010, the Bobcats/Hornets have reached the playoffs just twice, in 2013 and 2015. They lost their opening playoff series both years, being swept by the Heat in 2013 and losing in seven games to the non-Bron Heat in 2015.

This season, the Hornets are 24-36 and no threat to make the playoffs. They also made no moves of consequence, such as trading Kemba Walker, at the trade deadline.

All of these things combined make Tuesday’s announcement that the team will move on from general manager Rich Cho more understandable. Cho, who became the NBA’s first Asian-American general manager when he was hired by the Trail Blazers in 2010, had served as GM in Charlotte since 2011. On the surface, it would appear he had plenty of time to try and execute his vision. But when Michael Jordan is your owner, it’s never really your vision.

The team’s statement was full of the typical PR platitudes:

“I want to thank Rich for all of his hard work with the Charlotte Hornets organization through the years and wish him and his family the best in the future,” said Hornets Chairman Michael Jordan. “Rich worked tirelessly on behalf of our team and instituted a number of management tools that have benefited our organization. We are deeply committed to our fans and to the city of Charlotte to provide a consistent winner on the court. The search will now begin for our next head of basketball operations who will help us achieve that goal.”

So who will Jordan look to now to run the team that’s pushed his net worth into the billions? According to ESPN’s Adrian Wojnarowski, it’s a familiar name with an unsurprising connection to Jordan:

Jordan is planning to continue grooming assistant GM Buzz Peterson as a foundation of Charlotte’s front office, and Kupchak is a primary target to partner with Peterson, league sources told ESPN.

Team just released statement. There have been rumblings all season. Convene the UNC mafia! https://t.co/yZxiGhOyHA

The ol’ North Carolina connections! Peterson played with Jordan at North Carolina and Kupchak is also a former Tar Heel, having played at UNC in the ’70s. This is an unsurprising move; Jordan has long been accused of favoring his guys, and it’s that kind of meddling that makes the job less appealing around the league. It’s one thing when Michael Jordan is a micromanager on the court. He’s the best to ever do it, after all.

But when Jordan thinks of himself as some sort of ownership guru off the court as well, that makes for a much tougher working environment. Especially if you didn’t spend four years in Chapel Hill.