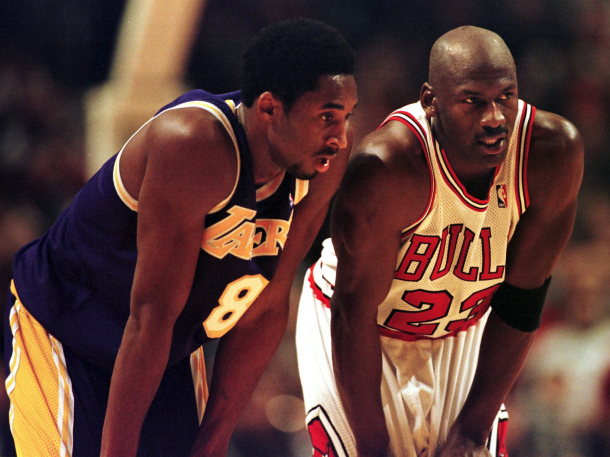 Kobe Bryant is undoubtedly one of the greatest players to play in the NBA. Throughout his career, he was compared endlessly to Michael Jordan.

Of course, as things go in any part of the world, you get connected to those in your business, so naturally, Bryant took to the phone to call Jordan over the summer to tell him about his plans to retire.

“[Jordan] is actually one of the first people that I told over the summer. We’ve been in frequent contact. We had some laughs, went back and forth about it, but the important thing for him, he said, ‘Just enjoy it. No matter what, just enjoy it. Don’t let anybody take that away from you, no matter what happens, good or bad. Enjoy it, man.'”

Bryant and Jordan match up pretty evenly statistically if you look over the course of their careers. Jordan trumps Bryant in certain marks, most popularly in championships. Bryant on the other hand, has more career points.

Either way, it’s pretty neat that Kobe Bryant, a player who was trying to surpass Michael Jordan his entire career, picked up the phone to call the man he was chasing, arguably the greatest athlete of all time, for retirement advice.

It almost seems too appropriate, especially considering that many people feel that Jordan might not have handled his retirement/retirements in the best fashion and may have learned along the way.

While Jordan’s retirements may in hindsight could have potentially been handled differently, you won’t find many saying that it’s not time for Kobe to move on. As a bonus it is nice he will be able to have his farewell tour.