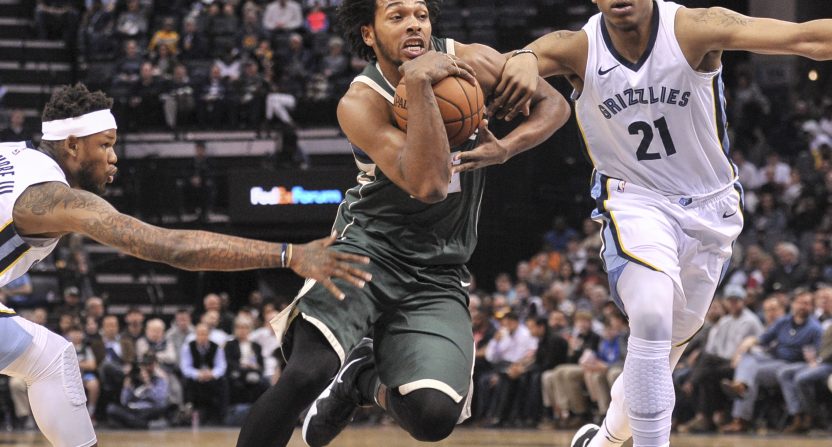 Every week it seems as though there’s a new video showing police officers dealing with African-Americans in cruel and brutal ways, often without reason or provocation. While the consistency of these videos might cause some people to feel as though their impact is lessened, the opposite is true. With each instance, we’re reminded over and over again that this epidemic isn’t new, only that the video evidence is easier to come by. For most of the people victimized in each of them, they go from being unknown to becoming symbols in a larger conversation, sometimes tragically.

Every so often, however, the person at the heart of these videos is already known in some way. That’s about to be the case for Milwaukee Bucks rookie Sterling Brown. Brown was arrested on January 26 after an incident involving a parking violation escalated to the point where multiple police officers used stun guns on him. According to two sources who spoke with the Milwaukee Journal Sentinel, Brown “did not appear combative or threatening” before the officers used force on him.

The public will be able to make their own judgment soon enough as the Milwaukee Police Department will be releasing video of the incident. The department, as well as the Mayor of Milwaukee, are already preparing for a public backlash to the visuals.

“I’m going to let the release of that speak for itself, but yes, I definitely have concerns after watching that video,” Milwaukee Mayor Tom Barrett told reporters on Monday.

While receiving an award at a local church over the weekend, Michael Brunson, assistant chief of the Milwaukee Police Department, told the congregation that “there’s going to be a video that’s going to come out soon, in the next couple of weeks, involving the department. And I’m going to be honest with you, we’re going to need your support during the challenges.”

The January 26 incident occurred around 2 a.m. when officers noticed a vehicle parked across two handicap spaces in a Walgreens parking lot. According to a statement from the department, the officers said they had spoken with a 22-year-old man about it and “an electronic control device was deployed” at some point. Brown, who was arrested for resisting or obstructing an officer, was never charged afterward and the officers involved are currently the subject of an internal investigation.

Brown played the rest of the season for the Bucks and averaged 4.0 points and 2.6 rebounds this season. However, once this video is made public, he’s probably going to be more well-known for what happened to him that evening than anything he did on the court.