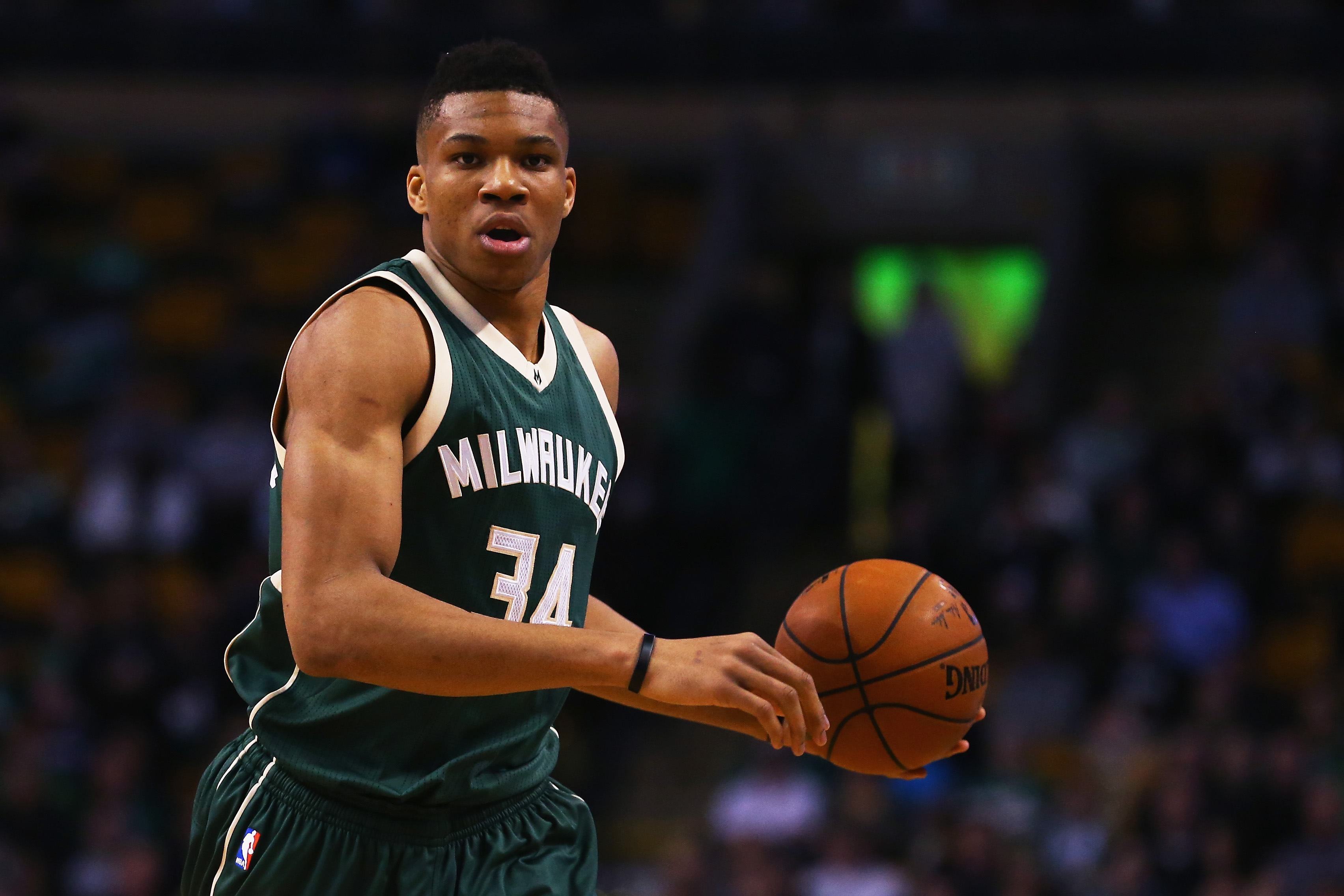 After years of scraping by near the edge of the Eastern Conference playoff picture, the Milwaukee Bucks finally tanked in 2013-14. The team’s 15-67 record was (by far) its worst in franchise history, and the quick drop to the NBA’s cellar wasn’t even a purposeful move. Milwaukee made the postseason during the prior season, led by a youngish core of Monta Ellis, Brandon Jennings, Ersan Ilyasova and Larry Sanders.

Kidd left the Nets before the ship went down in Brooklyn, then signed on as Milwaukee’s head coach for 2014-15. That move didn’t come without some controversy, as Kidd was hired before Drew was fired, and Kidd also forced his way out of Brooklyn. But the stage was set for the Bucks’ next chapter.

An injury-riddled team made the playoffs at 41-41 in Kidd’s first season. Antetokounmpo, the “Greek Freak,” averaged 12.7 points and 6.7 rebounds per game at shooting guard, showing glimmers of what was to come. Middleton continued to progress and promising rookie Jabari Parker looked ready to take off himself until a December ACL tear. Still, the Bucks were a fiery defensive squad — a hallmark of Kidd’s own game for much of his playing career — and ranked fourth in defensive efficiency.

Bereft of much veteran experience in 2015-16 (they were the youngest roster in the NBA), the team sputtered behind a regular rotation of five players under 26, with two of those pieces under 22. Shooting was just as bad as the season before (if not worse), but the defense took significant steps back despite adding big man Greg Monroe. Milwaukee won just 33 games and missed the postseason.

Then last year seemed to get the franchise back on track. Surprisingly, the Bucks’ offense became the focal point (13th in offensive rating), while the defense still progressed year-over-year and from a points-per-game perspective actually continued to look stout at 103.8 allowed (ninth overall). The leap was orchestrated by Antetokounmpo, first and foremost, putting up 22.9 points per game to pair with 5.4 assists and 8.8 rebounds. Parker also topped 20 points per game while he was healthy. Unfortunately, another ACL tear ended his season early for the second time in three years.

Milwaukee used a mixture of savvy free agency pick-ups (Matthew Dellavedova), trades (Tony Snell) and the draft (second-rounder turned rookie-of-the-year Malcolm Brogdon) to turn its youth and defensive emphasis into an asset. Just two regular rotation players were over 26 years old last season, and two of the team’s top players — Parker and Middleton — missed significant time. Yet the Bucks went 42-40 and made the playoffs, falling in six games to the Raptors in the first round.

There have been expectations about the Bucks before. Milwaukee was a sleeper pick as recently as 2015-16, and that ended poorly (as mentioned). But that season also featured a lot of new pieces, which is something 2017-18 won’t see. The Greek Freak seems to be elevating into the NBA’s new group of young superstars. Middleton and Parker are both excellent players when healthy. Snell, Brogdon and Monroe all serve crucial roles on the defensive end of the floor.

But the players are only part of the equation for what Kidd’s been able to create in Milwaukee. As much as the Golden State Warriors have led the charge for the NBA’s new embrace of position-less basketball, Milwaukee might be the team to perfect it.

Parker and Antetokounmpo are both 6-foot-8 or taller players that can be installed anywhere from the one through four positions. Recently drafted D.J. Wilson is another player set to do the same at 6-foot-10. These roster pieces aren’t here by accident. Giannis is the only one that Kidd really inherited. Take a look at the team’s draft history under him:

There are exceptions, clearly. But most of these players do fit a mold for what Milwaukee wants to do. Stifle teams with length on the defensive end, and shoot efficiently on the offensive end. Giannis and Parker being able to create for themselves is huge. Brogdon literally came from a system just like this one in college at Virginia. Most of what the Bucks excel at has been acquired through smart drafting to that strategy. The only thing this team sorely lacks is a legitimate jump shooter, which could be all that holds them back from leaping into a real battle atop the East.

Before the midway point of the 2016-17 campaign, FiveThirtyEight saw a very dangerous Bucks squad hiding in plain sight. Injuries derailed some of that, but look at what Milwaukee did against the Raptors this spring. Look at the rest of the East falling around them.

The Celtics and Cavaliers are better no matter what happens with Isaiah Thomas’s hip injury and the Kyrie Irving trade. But both squads will be more veteran-focused. It’s hard to say the Raptors or Wizards truly improved this offseason. Atlanta, Indiana and Chicago all got significantly worse.

That places Milwaukee in some uncharted (in recent history) waters. Despite failing to rely on the fast-paced system out in Golden State, the Bucks play fluid, defensive-focused basketball devoid of true “set” positions for its stars. Kidd’s team still has a lot of youth, but it’s experienced. If healthy this year, Milwaukee could end up one of the NBA’s top teams and a scary new competitor atop the East.