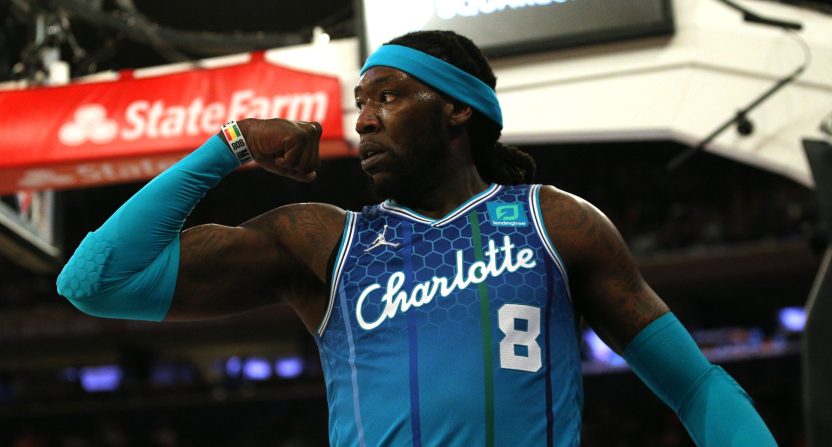 The Sixers are going all in for their quest to win an NBA Championship.

According to ESPN NBA insider Adrian Wojnarowski, Philadelphia has signed former Sixth Man of the Year Montrezl Harrell to a two-year deal. Harrell began the 2021-22 season with the Washington Wizards and was later traded to the Charlotte Hornets for the final few months of the season, averaging 11.4 points per game in Charlotte.

Harrell seems ready for the challenge ahead in the City of Brotherly Love, hopping on Twitter to share his excitement about playing in Philly.

The signing also drew a lot of reactions from NBA fans who largely view the deal as a great move for the franchise.

Landing Montrezl Harrell for two years on the minimum is huge for Philadelphia. Even if the second season is one he'll likely opt out of, that's a massive pickup and fills the biggest hole on that Sixers roster.

I like Montrezl Harrell in Philadelphia. Gives us some rebounding and scoring off the bench the team could really use. I feel like him and Harden could be a really good scoring duo.

Montrezl Harrell taking care of business for the 76ers if anyone even dares to hard foul Tyrese Maxey.

Can't wait for this season to start, welcome to Philly baby!!!#NBA #76ers pic.twitter.com/xqDaKPQnDS

Don’t know how the Sixers keep getting these steals every year. First it was Dwight, then Drummond, and now apparently Montrezl Harrell??

I would’ve been fine with Reed or Bassey but holy

The signing comes in an offseason where Harrell was facing legal troubles after police found three pounds of marijuana during a routine traffic stop in Kentucky.

Harrell could’ve faced up to five years in jail with a fine ranging from $1,000 to $10,000. However, as noted in Wojnarowski’s report, Harrell’s charges were later reduced to a misdemeanor and it will be wiped off his record if he stays out of legal trouble over the next 12 months.

In Philadelphia, Harrell will be rejoining his former Clippers head coach Doc Rivers and his one-time Rockets teammate James Harden.

With a roster that is set to compete in the competitive Eastern Conference, the expectations will be sky high for Philly as the window for a championship is getting smaller and smaller each and every season.