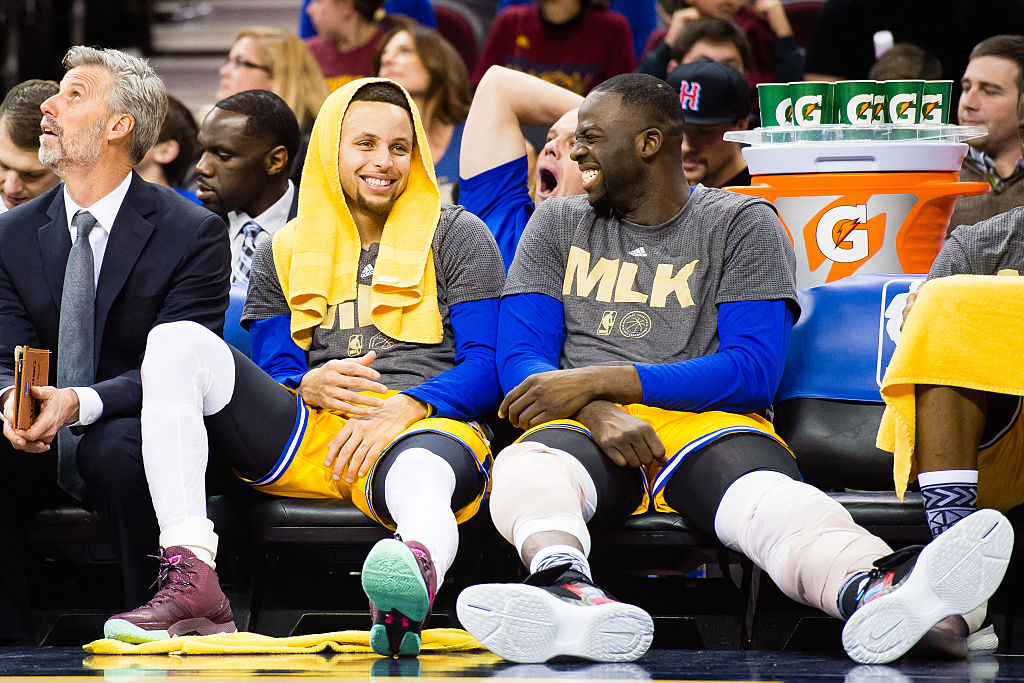 The life of an NBA All-Star isn’t a bad one, especially when you consider the amount of rest this select group is getting.

According to a Wall Street Journal ($) report, this season’s collection of All-Stars are doing more sitting on the bench than any other group in the history of the league. Gone are the days of the best and brightest showing off and playing 40 minutes a night. Instead, this group is averaging an all-time low of just 34 minutes per game.

The drop in playing minutes has been a dramatic one as well, as just a decade ago only two All-Stars — Shaquille O’Neal and Yao Ming — were averaging fewer than 34 minutes per game. Even those were skewed numbers, as the two were battling major injuries all season long and played sparingly because of it. 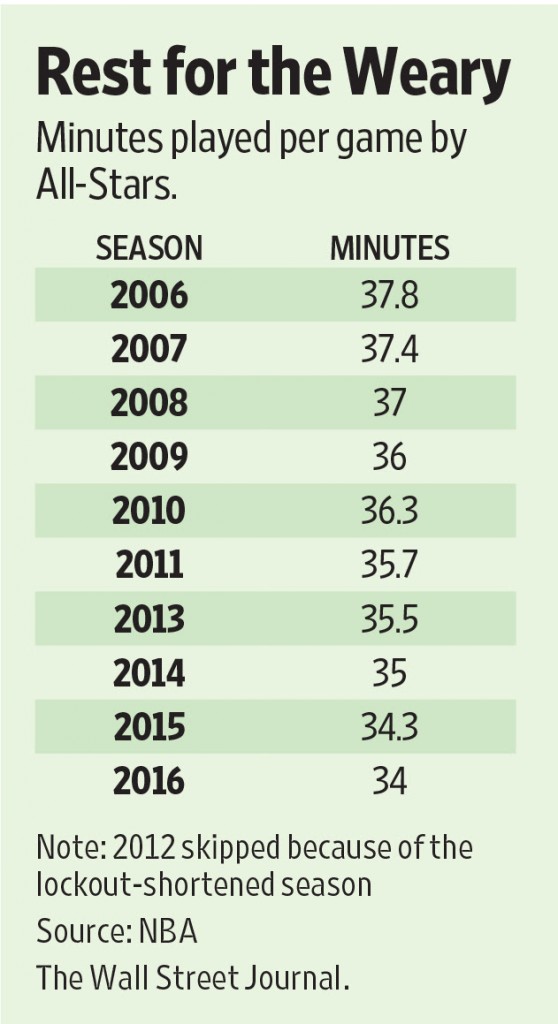 As the report points out, no player perhaps epitomizes the change in player minutes management than the NBA’s biggest star — Golden State Warriors guard Stephen Curry. He hasn’t played a single game in which he’s topped the 40-minute mark.

Part of that is because his team is regularly blowing opponents out and rest can more easily happen as a result, but it’s also a sign of the changing times. Curry is just 27 years old, and at that same stage stars like Lebron James had six games of 40-plus minutes and Kobe Bryant was up to 32 times before the All-Star break at the age of 27.

It’s not just star players though, as the NBA has become a deeper league overall and seen more specialization to its rotations.

No team showcases that more than the ageless San Antonio Spurs. Every starter not named Khawi Leonard is averaging under 30 minutes for a team notorious for its resting of players for ridiculous official reasons — ala Tim Duncan for “being old.”

As this trend continues, the NBA marketing and TV production crews struggle to find reasons for these supposed “big time” matchups to matter. When the Spurs and Warriors got together earlier this season, Duncan was noticeably absent and many alleged marquee matchups have seen star players in street clothes for no other reason than rest.

With the unofficial second half of the season coming up, you can expect even more of these shenanigans to take place as teams look to stay fresh for what can be a crazy two-month marathon to the NBA Finals.