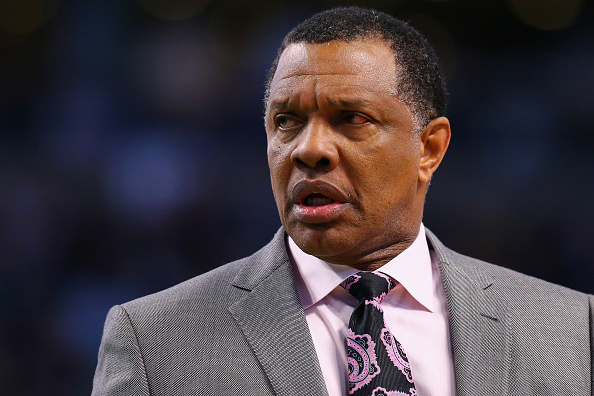 The NBA season tips off on Tuesday (!!!) and for some head coaches around the league, it could be their last season guiding their respective teams.

Which coaches should be most worried about their jobs potentially being in jeopardy during the 2017-18 season? It’s time to look at our second annual list of NBA coaches who could be on the hot seat after nobody was fired last season for the first time in what seems like forever.

The Benson family which owns the Pelicans wants results this season, especially after signing off on acquiring DeMarcus Cousins in February without the guarantee that he’ll be on the team after his contract expires next July. When free agent signing Rajon Rondo returns from a sports hernia injury, he’ll join a starting lineup with Cousins, Davis, Jrue Holiday and fellow newcomer Tony Allen that’s a lot more interesting than actually good.

New Orleans has a chance to be really exciting on offense with the two All-Stars inside with two quality point guards feeding them the ball, but the team’s lack of shooting could sink it. The Pelicans need to get big contributions from role players Dante Cunningham, E’Twaun Moore and Solomon Hill in order to shoot well enough to contend for the postseason in a Western Conference that’s somehow even deeper this year than last.

And if the Pels don’t succeed, that could spell trouble for Gentry. He missed the postseason in his first two seasons in NOLA and three strikes could be it. If New Orleans is really out of it this coming February, trading Cousins at the deadline rather than losing him for nothing in the summer could be an appealing option. And if that happens, Gentry’s future could be in question as well.

If you watched any of the Knicks at all this preseason, we feel sorry for you.

As ESPN’s Ian Begley pointed on on Twitter, the Knicks finished the preseason ranked 29th in points scored per 100 possessions, dead last in points allowed and last in assist-to-turnover ratio. If you look at the New York roster following the Carmelo Anthony trade, this isn’t all that surprising.

The Knicks are probably going to be a bottom-five team in the league this year, which is bad for any coach who was sort of not hired by the current regime. It’s hard to tell whether Hornacek was hired by famously-deposed former president Phil Jackson or by current president Steve Mills. If Mills and new general manager Scott Perry want to hire their own guy, canning Hornacek after the terrible season they’re about to have isn’t very far-fetched at all.

Hoiberg is the guy Chicago management essentially pushed Tom Thibodeau out the door for three years ago, and Chicago has been 83-81 with a playoff appearance in The Mayor’s two years as Bulls head coach. Not bad.

But Chicago is now prepared for a full-scale rebuild after trading Jimmy Butler to Thibs’ Minnesota Timberwolves, buying out Dwyane Wade and letting Rondo leave in free agency. Things are about to get really ugly for the Bulls, who just hired Doug Collins as a front office consultant to assist Jim Paxson and Gar Forman, the head honchos in basketball operations.

Hoiberg appears to be their guy, but if ownership somehow decided to go in a different direction with management, or if Hoiberg loses the locker room after what’s going to be a long winter, he could be out the door. 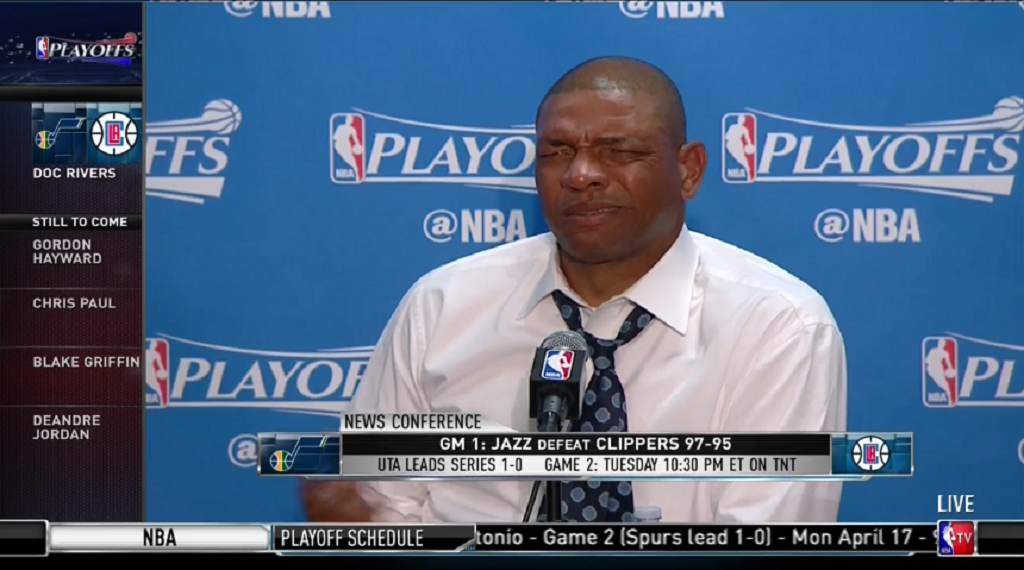 Rivers forced his way out of Boston once he realized the Celtics were going to rebuild, so perhaps his heart won’t be in it as much this season with Chris Paul now in Houston.

General Manager Doc Rivers, affectionately known on NBA Twitter as Roc Divers, was relieved of his duties over the summer, possibly making it easier for the Clips to let go of head coach Doc if things go south.

The Clippers, with Blake Griffin now leading the show with newcomers Pat Beverley, Danilo Gallinari and passing maestro Milos Teodosic in the fold, are still going to be a fun playoff team this season. But if that’s not enough for Rivers, his ouster — whether voluntary or otherwise — wouldn’t be so surprising.

Dwane Casey, Toronto Raptors: Another flameout for Toronto in the playoffs could test ownership’s patience, putting Casey on this list every year as the Raptors annually disappoint in the postseason.

Luke Walton, Los Angeles Lakers: Like Hornacek, a new regime of Magic Johnson and Rob Pelinka could just decide to choose their own guy if things don’t go well. But Walton, a former Laker who appears to be an asset when it comes to player development, will likely have a decently long leash.

Frank Vogel, Orlando Magic: Like Hornacek and Walton, a change in management puts any incumbent head coach at risk. But like Hoiberg, Vogel hasn’t had the proper personnel to fit his specific system that worked wonders in Indiana. The Magic roster is a mess, which isn’t Vogel’s fault in the slightest.

Terry Stotts, Portland Trailblazers: Stotts seems to be very well liked within the organization and got a contract extension last year running through the 2020 season. But if patience runs thin with this Blazers core anchored by Damian Lillard and C.J. McCollum that barely reached the playoffs last year, Stotts could be the scapegoat.

Mike Malone, Denver Nuggets: Like Gentry, Denver is under pressure to make the playoffs this year. Unlike Gentry, Malone’s Nuggets have the roster cohesion and talent to actually do it. But if the Nuggets falter and fall in the lottery this year, management could be forced to re-evaluate what’s been going on.

Dave Joerger, Sacramento Kings: His contract was extended just three weeks ago, but Kings owner Vivek Ranadive is the most volatile and impatient owner in the league. So let’s rule nothing out with Sacramento.