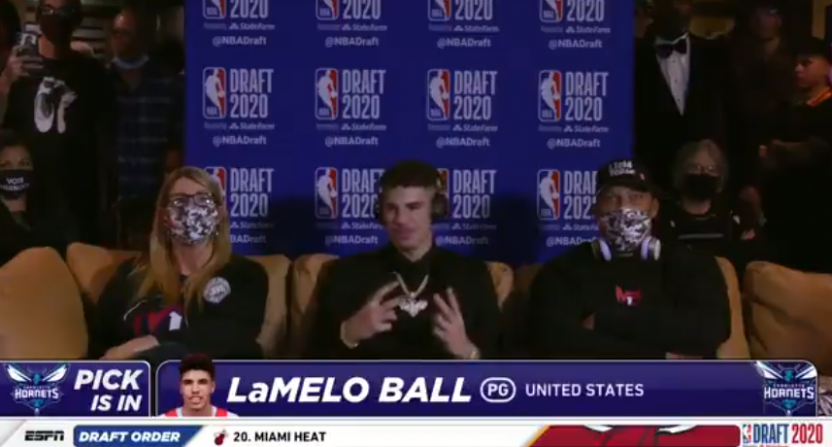 The No. 1 pick in the 2020 NBA Draft was anybody’s guess, but the Minnesota Timberwolves ultimately went with Georgia guard Anthony Edwards on Wednesday night.

The 6’5″ shooting guard is an NBA-ready player that has a high floor as a scorer, even though there are some questions about his efficiency. While already having Karl-Anthony Towns and point guard D’Angelo Russell on their roster, it makes sense that the T-Wolves chose to complement that talent with Edwards, rather than draft Memphis center James Wiseman or point guard LaMelo Ball.

Anthony Edwards to the Timberwolves with the No. 1 pick in the 2020 NBA Draft. pic.twitter.com/uD3sXfD3ep

Anthony Edwards nails a buzzer-beating 3 to save Georgia vs Chaminade.

Also Pasch to Walton: "Look at the screen" lmao. https://t.co/IAKMRH2o4k

As for Wiseman and Ball, they were taken with the ensuing picks.

The Golden State Warriors were linked to Wiseman all along, and for good reason with a fantastic backcourt already in place. However, we wondered if the Klay Thompson injury suffered on Wednesday (that is feared to be serious) could lead the Warriors to drafting a guard like Ball instead. In the end, the Warriors went with the 7’1″ Wiseman, who has All-Star potential.

And the No. 3 pick was the most interesting, with Michael Jordan’s Charlotte Hornets nabbing Ball. If anybody can get LaVar Ball to shut up and just let the organization handle things with LaMelo, it’s surely MJ!

But LaMelo is a prospect with superstar upside and all-around potential (he’s even shown off fantastic rebounding skills over the last year). He was highly impressive as the Rookie of the Year winner in Australia’s National Basketball League this past season, and just turned 19 years old in August.

The Charlotte Hornets take LaMelo Ball with the No. 3 overall pick! #NBADraft pic.twitter.com/mJNVJrGtcf

Rounding out the top five were the Chicago Bulls with the selection of Florida State forward Patrick Williams, and the Cleveland Cavaliers with the pick of Auburn forward Isaac Okoro.

This is a draft without any clear-cut stars, but most evaluators think there’s still plenty of hidden talent and potential gems. So, in a couple of years, it will be interesting to see how we view the five aforementioned prospects, and the rest of the players selected in this draft.