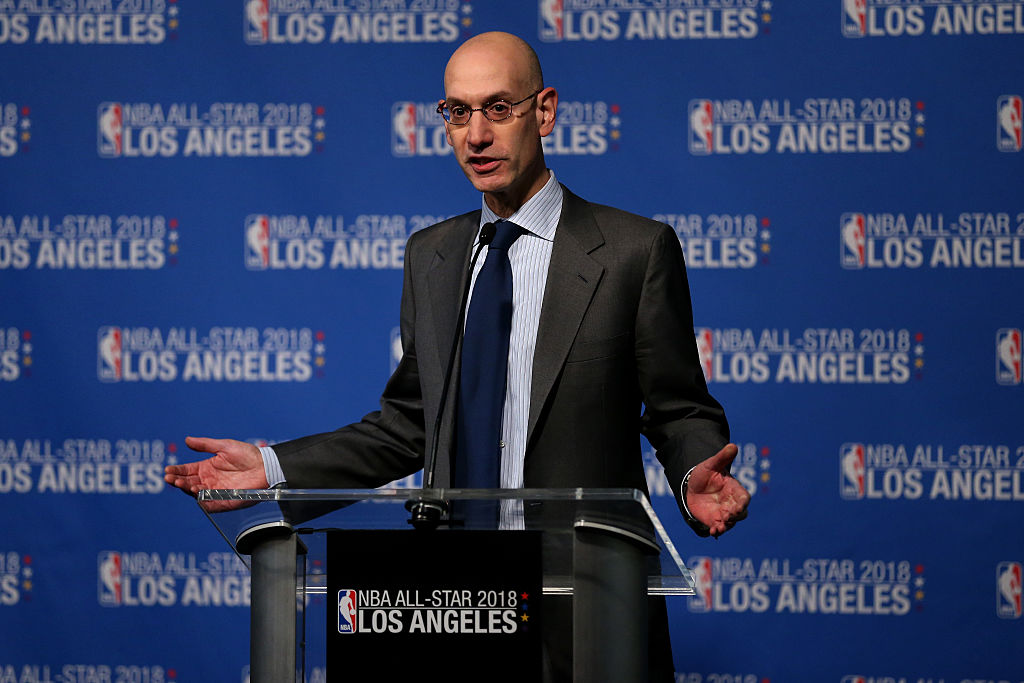 While many NBA fans have embraced “trust the process” (it’s even a corn maze now), the most widely-discussed phrasing of the idea of purposefully tanking to pick up multiple high draft picks, commissioner Adam Silver doesn’t appear to be a fan.

As per ESPN’s Adrian Wojnarowski, the NBA is “aggressively pursuing” draft lottery reform, with Silver seeing it as a way to make losing on purpose less rewarding:

The National Basketball Association is aggressively pursuing draft lottery reform that could be voted into legislation before the start of the 2017-’18 season, league sources told ESPN.

Commissioner Adam Silver is a strong advocate to de-incentivize tanking by implementing lower odds on the NBA’s worst teams to gain the top picks in the draft, league sources said.

For example, the fifth worst team would only have a few percentage point less than those teams with newly equal odds in the among the three worst teams, league sources said.

Wojnarowski writes that there are other elements to this proposal, including allowing the team with the worst record to drop as far as No. 5 in the draft (the current limit is No. 4) then letting the second-worst record fall as far as No. 6, the third as far as No. 7 and so on. And there’s another proposal under consideration to standardize punishment of teams for resting key players in nationally-televised games or multiple key players in road games, with the goal reportedly “minimizing, if not eliminating” the practice of sitting players for nationally-televised games.

That’s not all about tanking, as many non-tanking teams have done it too (including Cleveland and Golden State), but resting players has been a tactic used by some tanking teams (especially late in the season). Perhaps more importantly, it’s related in the sense of putting emphasis on trying to make teams play to win in every game, a key point of perception for the league.

Of course, this is far from certain at this point. The NBA’s competition committee hasn’t voted on sending these recommendations to the board of governors yet; they’ll do so next week, and could recommend all, some or none of the points in question. And if this does get passed, it may not impact the 2018 draft. And, as per Wojnarowski, “Many teams believe that tanking is no longer an issue in the league, and that the fear of other teams mimicking the Philadelphia 76ers process has been unwarranted.”

There are concerns from small-market teams about these reforms restricting their ability to get stars, too, as it’s becoming harder and harder for them to do that through trades or free agency. That makes the draft key, and if they can’t get top picks there, they may suffer on the court even more. So we’ll have to see if Silver actually has the support to bring in these anti-tanking measures or not.