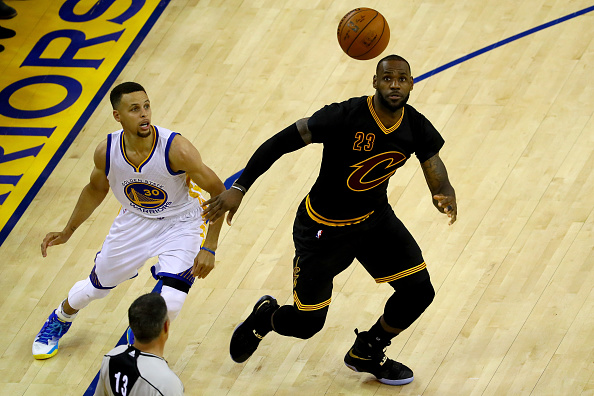 It’s finally here. Game 7 of the NBA Finals will be decided Sunday night at Oracle Arena in Oakland between the Golden State Warriors and Cleveland Cavaliers. We’ve seen the momentum of the series swing multiple times, but shortly after 8 p.m. ET, it all comes down to these final 48 minutes on the floor.

Both teams have their clear strengths, and there have been some impressive performances on each side. We should expect great things from stars on both teams, but with the Cavaliers and Warriors having shown all of their cards, Sunday’s matchup should be the best chess match yet.

This is amplified with Game 7, where there is no tomorrow. The Cavaliers and Warriors don’t have to worry about preserving health, minutes restrictions, or — especially for this series — technical and flagrant fouls. Everything will be left out on the floor Sunday night.

With that said, here are some important things to look for during this final game of the NBA season.

Draymond Green has to get back to being himself Sunday night. He acknowledged as much after Warriors practice on Saturday when asked what he would do differently if he had Game 6 back. “I was too tentative,” Green said. “[I have to] be more myself. I can’t get it back, but I’ve got a Game 7 to do that.”

Something like this is what Green was talking about. He sees LeBron coming, but doesn’t make a move to even slow him down, and gave him an easy basket. That’s not like Green, and you can’t allow plays like this in attempting to win a championship:

You might be reading this and wondering what I’m talking about here, considering the box score from Game 6 was one that we’re pretty used to seeing from Green with eight points, 10 rebounds, and six assists. That’s great and all, but Green provides a ton of things that aren’t shown in the box score, the hustle plays and energy that he brings to the Warriors, not only defensively, but offensively as well.

That wasn’t there in Green’s play from Game 6. These Finals should have certainly proved his worth to those that may have had questions before, but he’s got to bring it in Game 7.

Tristan Thompson’s impact will be huge

The Cavaliers have been a much better team this series when Tristan Thompson is doing his part. The question with Thompson has been whether or not he can sustain his success. In Game 6, he did, and the effectiveness of LeBron James had a lot to do with that. Because James’ jumpshot has been on this series, it has forced Golden State’s defense to give him more respect, which has opened up things for Thompson.

That’s exactly what happened here, where Thompson gets an easy bucket thanks to Andre Iguodala ditching him to help Festus Ezeli on James. When you’re getting baskets this easily, it boosts your confidence, and that goes a long way for guys like Thompson:

When Thompson is rebounding, he’s doing his part on the offensive end of the floor. He’s not known as an offensive juggernaut (obviously), so if he’s giving you rebounds (particularly offensive), you’re happy with that. When he’s giving the Cavaliers double-digit scoring — that’s an added bonus. Whether or not LeBron James is having a legendary game Sunday night, the Cavaliers will need a good performance out of Tristan Thompson. At the very least, it gives the Warriors something else to be concerned with.

Which Harrison Barnes is going to show up?

The Death Lineup hasn’t been very deadly during the NBA Finals, and a lot of that has to do with the play of Harrison Barnes. Barnes has not shot the ball well this series, and over the past two games, he’s shot 2-of-22 from the field, including an 0-for-8 night in Game 6. Tyronn Lue and the Cavaliers have picked up on his struggles, and for much of Game 6, didn’t even bother guarding Barnes.

That was clearly in the gameplan early in Game 6: 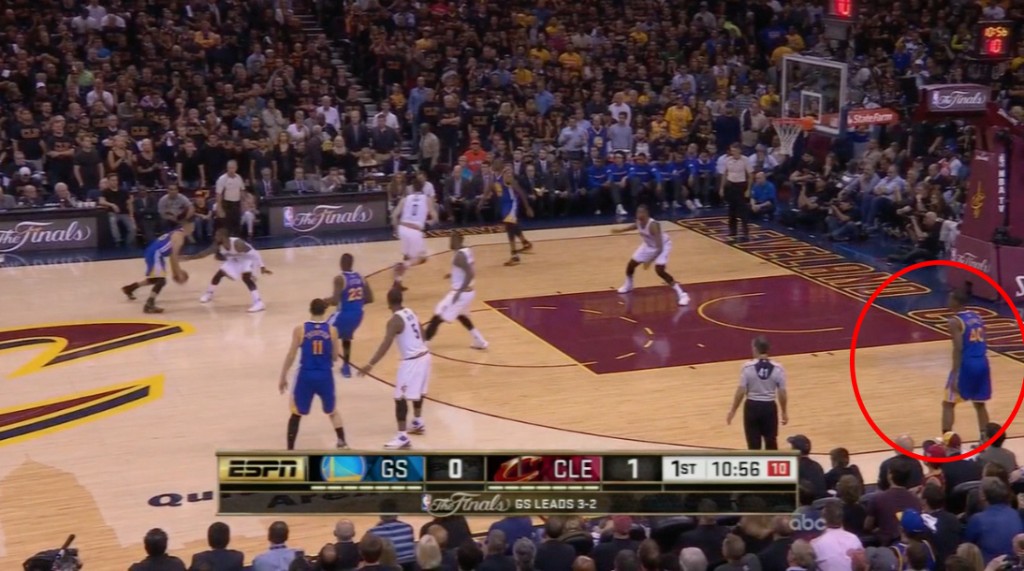 This is a good strategy by Tyronn Lue and the Cavaliers. If you think you have an edge by not guarding Barnes, or anybody else for that matter, why wouldn’t you do that? Until Barnes starts making them pay for it, they’ll probably continue much of the same, while continuing to focus on hounding the Splash Brothers.

But that non-threat has been key in the demise of the Death Lineup. Sure, you’d think that just one piece not performing up to standards wouldn’t kill it, but it does. The whole point of the Death Lineup is that you have five players that can shoot, as well as beat you off the dribble and get to the basket. It forces the opposition to go without a traditional center, which hasn’t phased Cleveland since they go small anyways.

But not having to worry about Barnes narrows the spacing of the floor, and hurts the Warriors. This became even worse in Game 6 when Andre Iguodala was clearly in pain from his back. The Warriors need — at the very least — a decent Harrison Barnes.

Somebody is going to go off

This is Game 7 of the NBA Finals. This has happened 18 other times in the 70-year history of the league. It’s the biggest stage in professional sports for those that play seven-game series’ for their respective championships. Whether it’s LeBron James, Steph Curry, Kyrie Irving, or Klay Thompson, somebody is going to cement their place in NBA history with a monster game Sunday night.

Recently, we’ve seen LeBron James playing out of this world, with Kyrie Irving looking like a machine at times as well, especially his scorching hot Game 5 performance with 41 points.

There might not be anybody on the court Sunday night who will be feeling more pressure to come through than James, who came back to The Land for this. To bring a title to Cleveland, to end the drought. It would be a damn good bet to place on James, who seems to have locked in the Finals MVP, no matter the result of the game.

When he’s doing things like this, it’s hard to pick against him:

On the other hand, we’ve seen how deadly Steph Curry and Klay Thompson can be. At one moment the game is close, and in the next couple of minutes, it’s turned into an insurmountable lead. Curry and Thompson haven’t played up to expectations in the eyes of many people, but we saw what happened in the Western Conference Finals.

The Warriors play their best when their backs are up against the wall, and there’s no greater pressure that they could face than tomorrow.

Other things to watch for

** Steve Kerr was critical of the referees after Game 6. He specifically mentioned how the Cavaliers were grabbing and holding on screens (much like the Warriors and the rest of the league do), and that the referees preferred to call ticky-tack fouls. I tend to agree with Kerr on the fact that three of the fouls called on Curry were questionable. Look to see if the whistle is any different. I suspect it will be, considering the stage and the officiating crew.

** It appears Andre Iguodala will be good to go based off of his and Steve Kerr’s comments after practice on Saturday. If Iguodala is hobbled as he was, don’t be too surprised to see Brandon Rush sooner than we did in Game 6. Rush did pretty well against LeBron James under the circumstances. But knowing how Steve Kerr is and how badly Iguodala wants in on the biggest game of his life, that will be a last resort.

** The Cavaliers were able to get Steph Curry to switch onto LeBron James many times in Game 6, and it really worked in Cleveland’s advantage. You have to imagine that for somebody like Curry to have more defensive possessions against James took some energy out of him. Look for Steve Kerr to try and make it a point to avoid that Sunday.

** Foul trouble. For both teams, it’s obviously important to stay out of it, but defensively for the Cavaliers, it’s huge. Steph Curry’s field goal percentage goes up over 16 percent when Tristan Thompson is off the floor, with his 3-point percentage up almost 20 percent. Iman Shumpert has a similar effect on the perimeter against Curry. On the other hand, Curry has been very limited in games this series when playing with foul trouble. It was clearly an issue in Game 6, but as aforementioned, we should expect a different whistle Sunday.

Enjoy Game 7. It should be a classic.