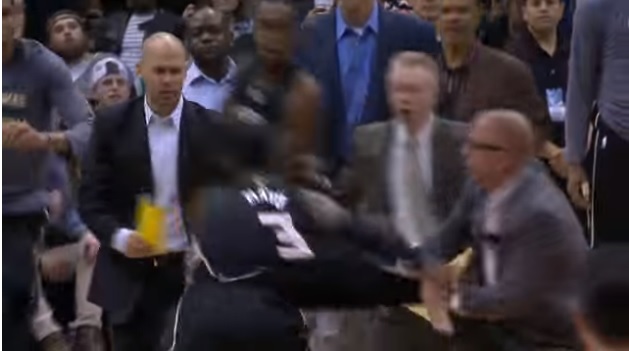 Milwaukee Bucks guard OJ Mayo’s temper tantrum directed at an NBA referee over the weekend is going to cost him $25,000. According to Marc Spears of Yahoo, Mayo has been fined by the NBA for aggressively pursuing a referee and failing to leave the court in a timely manner. The incident occurred on Saturday in a game against the Minnesota Timberwolves.

Mayo was ejected in the first quarter of the game on Saturday after being given a technical foul during an early timeout. He was then given a second technical foul and tossed from the game after arguing about the first technical foul. That’s when Mayo went off the rails and had to be restrained by multiple members of the coaching staff and teammates.

He addressed the ejection after the game with the media and said he made a poor decision to get thrown out of the game.

OJ Mayo on his ejection and tonight's win https://t.co/TiKcnX7Gfz

Mayo has been assessed five technical fouls in 24 games this season, which is the same number teammate Khris Middleton has received. Only eight players in the entire league have had more technical fouls called on them, and none of those eight appear on the same NBA roster, so perhaps we can say the Bucks have some temper issues that need to be addressed. Of course, this is not the first time Mayo has gotten into a bit of a dustup with a ref.

When Mayo was in high school, he was ejected from a game after having two technical fouls called on him. Mayo then approached a ref and bumped into him, although the ref looked like he took a bit of a dive that would make a Duke basketball player envious. You can check out the video, which for some reason is not embeddable for sharing on this site.