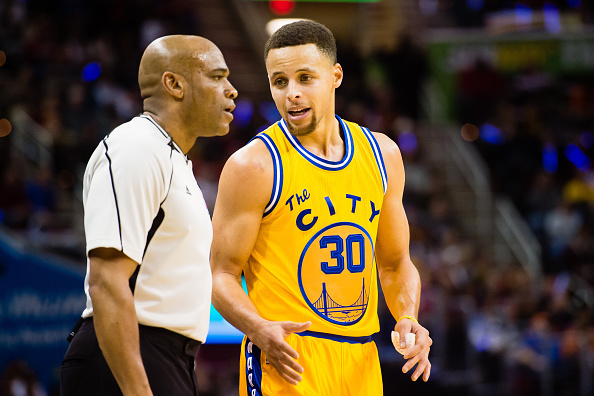 Interesting details continue to trickle out of the NBA’s new Collective Bargaining Agreement, and Sporting News’ Mitch Lawrence has the scoop on a new detail that involves players being able to voice their frustration over referees, through a hotline.

Yes, NBA players will soon be able to call a hotline to complain about officiating:

Players will be able to critique the work of game referees, as never before. In the past, they were allowed to submit one report annually — but never were allowed to mention the offending refs by name. That was the way Stern wanted it handled, and it wasn’t subject to collective bargaining; the players had to accept the commissioner’s edict, and they never felt like they had any clout in this area. Starting with the new CBA, however, the reports will be submitted with the names of the refs and with greater frequency, coming once a month.

Additionally, the players for the first time will have a hotline to call in to critique the work of refs in their games. They’ll be able to report not just on where they think the official botched a call, but also if they found a ref to be out of line, verbally, with how they handled blow-ups. Basically, they can complain like never before. The hotline is a response to the league allowing the new monthly reviews so that players can report something they thought was handled incorrectly while it’s still fresh in their minds.

This is a really nice move from Adam Silver and the NBA that should end up being a good thing for both players and referees. It’s holding referees accountable, but in a reasonable, non-confrontational manner, when players aren’t in the heat of the moment during a game. It should result in improvements to officiating over time, and lets players know that their complaints and concerns are indeed being heard by the league.

The players surely enjoy this news much more than the CBA banning the use of fireworks and hoverboards.

UPDATE: The NBA contacted me with clarification on the hotline, saying that it’s something “the Player’s Association created on their own”:

For your clarification, a hotline wasn’t collectively bargained, it (a hotline) must be something that the Player’s Association created on their own.