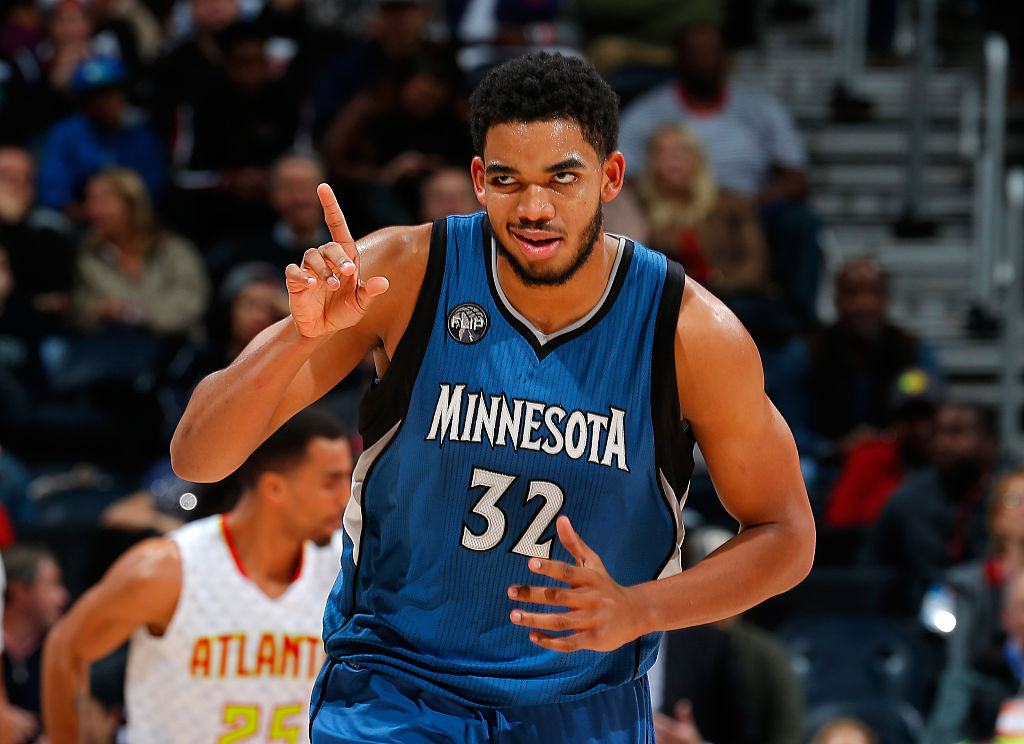 It’s was a long time, without you my friend.

But the regular season is so long and grueling

We have to come up with a way to spend time

Together without getting bored and worn down

So each week I’ll pick something about you

We here at The Comeback love ranking things. Each week we will take a look a a different aspect of the NBA and rank the ever-loving heck out of it. Since there’s only one NBA-related poem to rank (no, not mine), today we look at the NBA’s impressive crop of rookies.

Here are some names that don’t quite make the all-rookie starting five just yet, but could by season’s end. Or they could implode. That’s what makes this fun!

Karlito Towns – I just feel like no one is giving Karl-Anthony’s imaginary friend Karlito enough credit for contributing to KAT’s success, so I wanted to give him a shoutout.

T.J. McConnell – I didn’t even realize McConnell had made the Sixers’ roster until a few weeks into the season, but he’s been pretty impressive, leading all rookies in assists at six per game.

Stanley Johnson – He hasn’t gotten consistent minutes in Detroit, but he’s been impressive on the defensive end in limited action.

That’s been the story this year for Emmanuel Mudiay as he’s been tasked with running the show for the Denver Nuggets. Unfortunately, things haven’t been going so well in the Mile High City lately, as Mudiay and company have lost their last seven games to fall to 6-12 on the season.

It was always going to be a tumultuous year for both Mudiay and the Nuggets as Mudiay tries to adjust to the NBA game after spending a year in China, and the Nuggets look to forge a new identity.

At times, Mudiay has looked like an All-Star, and sometimes he’ll commit turnovers that make Mike Malone want to pull out what little hair he has on his head. What’s important, however, is that Malone is letting Mudiay play through his mistakes. The more reps he gets coming off the pick-and-roll, and the more times he gets into the lane and has to figure out what to do next, the more likely it is he’ll have success down the line. Which is what the Nuggets need if they want to become a playoff contender in the next few years.

It’s been five months, and still no one can figure out what to heck the Charlotte Hornets were doing by passing on Justise Winslow to take Frank Kaminsky. One thing everyone has figured out, however, is that Winslow is a good basketball man. Well, most people knew that before the draft, but his first month has just confirmed that fact.

At seven points and five rebounds a night, Winslow isn’t putting up crazy numbers, but no one ever expected that out of him on a Heat team with Dwyane Wade, Chris Bosh, and Goran Dragic. Instead it’s his all around game and his versatility on both ends of the floor that’s made him such a vital part of this Heat team early on in his first season.

Seriously, just look at the Heat’s on/off numbers and you’ll get a sense at how important he is to their success. When Winslow is off the court, the Heat’s offensive rating (points per 100 possessions) is just 98.3, and when he comes into the game, it jumps to 103.5. In other words, the Heat go from being a bottom six offensive team with Winslow out, to a top 10 offensive team with him on the floor.

Their defensive numbers are the same way. No Winslow? Miami’s defensive rating (points allowed per 100 possessions) is 101.1. That’s a middle of the pack number. With Winslow? 90.1! That’s off the charts. No wonder then, that Winslow plays nearly 30 minutes a night and the Heat sport the second best defensive rating in the league.

So anyways, in summary: Justise Winslow is good at basketball.

Mr. Okafor has had a rough first month as an NBA player, as the Sixers are of course still winless at 0-18. Plus in the last few days we’ve heard about multiple unnerving incidents involving Okafor. While they aren’t the end of the world, and he’s still just 19 years old, his off-court issues are a bit worrying at the very least.

On the court, however, Okafor has been quite impressive. 18 points, seven rebounds, and nearly two blocks a game are good numbers for anyone, but especially for a rookie trying to wade through the muck that is the Philadelphia 76ers and their process. Maybe The Process will pay off, but for now, it’s creating a very tough work experience for Okafor and company. In theory, stockpiling loads of talent should work in the long run, but it doesn’t really take into account how the short term will affect the talent that’s already there. Regardless of the situation in Philly, however, it’s clear that Okafor can play in this league–especially on the offensive end.

Hopefully someday soon he’ll get a chance to experience what winning a game in the NBA feels like.

Staps, Zinger, Three Six Latvia, KP, Slim Reaper, King Kristaps, whatever you want to call him, there’s no denying the Knicks made the right choice with the fourth pick this summer. Fans young and old were quite upset when the young Latvian’s name was announced, but regardless of the feelings on the draft night, everyone in New York, and across the country, is on board with Porzingis now.

And not even just on board. That doesn’t do justice to how hard Knicks fans have fallen for the big man. They are ride or die for Porzingis, and it’s awesome. How could they not be? Even those who thought he would be a special player didn’t see his ascension coming this soon.

He’s putting up just over 13 points and nine rebounds a game, plus blocking nearly two shots a night. Already he’s had unforgettable moments, slamming home putback dunks on anyone who dares get in his way on the glass, and was just a few tenths of a second away from having his first buzzer beater a few weeks ago in Charlotte.

This dude can play. Seriously, just look at how much he helps Carmelo already. It’s insane. 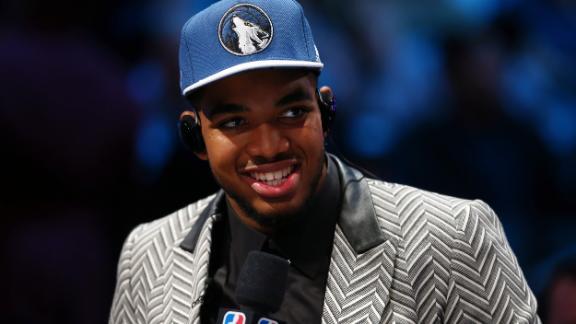 Karl-Anthony Towns was the number one overall pick this summer, and he’s been the number one rookie so far this season. He’s putting up nearly a double-double each night, averaging 14.2 points and 9.4 rebounds while also blocking 2.3 shots a game, good for seventh in the league. Among qualified rookies, Towns has the third best field goal percentage, knocking down 52.6 percent of his 11-plus attempts per game. Oh, and the only two players above him, Willie Cauley-Stein and Nikola Jokic, take just three and five shots per game, respectively.

But even more impressive than the stats Towns putting up, is how polished he looks. Whether it’s finessing opponents in the post, knocking down mid-range jumpers, or finding teammates with beautiful passes, KAT often looks like a veteran instead of 20 year old who’s played just 16 games in the league.

The Timberwolves aren’t ready to contend just yet, but with Towns and Andrew Wiggins leading the way, they could be a real problem in a few years. Heck, at 8-9 and tied for the eighth seed in the West, those two already have the Wolves exceeding expectations.