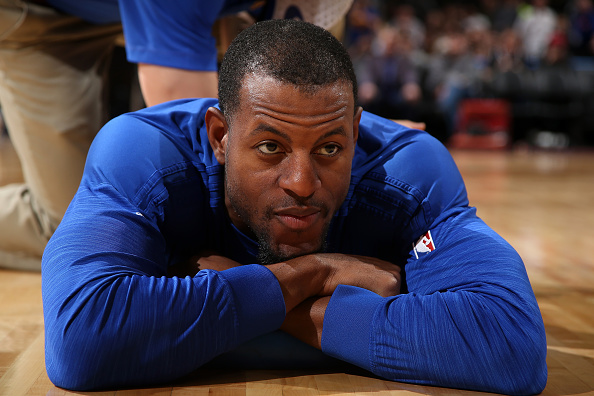 Lou Williams won the NBA’s sixth man of the year award in 2015, continuing the maddening trend of giving the award the player who scores the most off the bench. As much as I hope that changes this year, I don’t have much reason to think it will. Nevertheless, we’ll soldier on in hopes that voters soon come to their senses. If they do, here are a few players that deserve consideration so far this season.

Joseph’s done a phenomenal job on both sides of the ball in his first year with the Raptors. All worries regarding him not living up to his contract have been firmly put to rest.

Ginobili’s health is back, and with it, his singular style of play. He continues to have an impact the second he enters game, whether it’s hitting a big three or throwing one of his patented, ridiculous passes.

Most thought Burke would be the starter once Dante Exum was lost for the season, but coach Quin Snyder opted to keep bringing Burke off the bench. That decision has paid major dividends, as Burke’s found his niche as the leader of the second unit.

The Timberwolves haven’t been any good, but LaVine’s been a pleasant surprise. After a rookie season in which he seemed completely lost, LaVine has looked pretty good the past couple weeks, playing within himself and not making the careless plays that marred his first year.

We live in a world where Jeremy Lamb is a very productive player on a playoff-caliber team. Think about that for a second.

While Ginobili draws the most fanfare (and has won the award before), Diaw has just as big of an impact, if not bigger. The endlessly joyous Frenchman is simply a pleasure to watch, making absurd passes from the post or the top of the key, or throwing in layups after faking out several defenders. The Spurs seem to reach another level with Diaw on the court, one not necessarily reflected by the numbers but certainly in their style of play. The ball movement is quicker and crisper, the defense a bit more sturdy, the shots appear to go in at a waterfall pace. All of this happens thanks to Diaw’s deft hands.

Oladipo’s one of the best young guards in the game, yet he comes off the bench because Scott Skiles thought it would fix some of the Magic’s match-up issues, in addition to giving them a much-needed spark. The move worked, with both the team and Oladipo thriving with the new set up. This probably isn’t a permanent move – if not for this season, than certainly for Oladipo’s career. Yet since everyone involved is benefiting from the move, why bother tinkering with it? Oladipo will still get his. After all, as the saying goes, it’s not who starts the game, it’s who finishes it that matters.

Lin’s contract is turning out to be a complete steal for the Hornets, who signed him to a two-year, $4 million contract last summer. For that paltry sum of money, the Hornets get the services of one of the league’s best back-up guards. Even though the Hornets turn the ball over more when Lin is on the court, their overall net rating jumps by 7.9 points when he’s in the game. He’s a steady game manager, and then some, giving the Hornets a different look than when the ultra-quick Kemba Walker runs the team. Lin’s is a much more methodical, probing style, though no less effective. After all the ups and downs of his career, Lin may have found a place he can truly call home.

Barton seemed doomed to the life of an NBA journeyman: hopping around from team to team, never quite settling in, never quite having his own “place.” Yet the Nuggets value everything Barton brings to the court and the locker room, and he’s rewarded their faith in him with a career season.

Say what you want about Barton. Say he plays out of control, say his handles are suspect, that he gets tunnel vision and gets lost on defense. These are all true things, but they don’t change the fact that Barton gives the Nuggets an undeniable boost when he gets in the game. He is literally incapable of playing at anything below his absolute hardest. In fact, it’s fair to say that a lot of Barton’s mistakes come not from lackadaisical effort, but too much effort. He’s scoring 15.2 points off the bench, shooting 40 percent from beyond the arc, and never, ever quits on a possession. The only knock on his candidacy is that he’s playing on a very bad team that has no hopes of making the playoffs.

On any given night, Andre Iguodala will play any number of the following roles: defensive stopper, marksman, playmaker, rebounder or scorer. He’s a true star coming off the bench, a chameleon able to shift seamlessly from role to role, dependending on the situation. The Warriors basically have a line up called “Andre, fix this,” and it usually works. He was arguably last year’s rightful winner, and while he still ended up with the hardware that mattered most (the ring), not to mention the Finals MVP, it still would be nice to see him get proper recognition for everything he does.