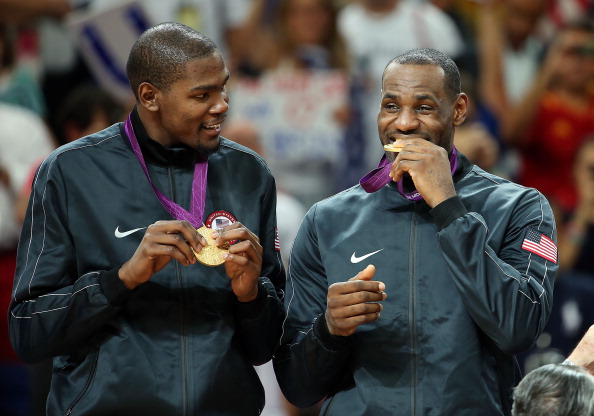 The initial Team USA roster pool was announced on Monday, full of familiar names and a glut of talent. It’s an embarrassment of riches, really, and Jerry Colangelo, coach Mike Krzyzewski and staff have their work cut out for them in deciding who to bring to Rio for the Olympics. Luckily for them, we’re here to help. Here’s who we think are the mortal locks for the roster (if they want it, that is):

Obviously, that doesn’t leave the rest of the choices much room to compete for a spot, but it’s highly likely at least two of those likely locks drop out at some point before the Olympics begin. If that does indeed happen, the following players will be left battling for those open slots. (Spoiler alert: we’ll have two number ones, to mark the two players who will get in).

Just…just take the summer to recover, Beal. Please. We need you to be great, not hurt.

The Dwight Howard that dominated nearly 10 years ago would be a lock. This Dwight Howard, inconsistent and injured? Not so much.

Theoretically, Aldridge would be a nifty addition to Team USA, especially with his size and shooting. However, the Spurs will likely… politely suggest that he withdraw.

A floor-stretching, outlet-passing big would work so, so well in Coach K’s system. That’s why DeMarcus Cousins and Draymond Green are on the team.

Similar to Drummond’s case, Jordan would be an added bonus to a team that can always use more size and athleticism. Still, it’s hard to see him leaping over other, more versatile bigs.

Gay provided some much-needed shooting to previous Team USA iterations, but he probably won’t get the opportunity to do so again, just because of how many better shooters are ahead of him.

Though he’s a better shooter than DeMar DeRozan, he still has a similar issue in that he doesn’t do any one thing better than any of the players ahead of him.

He doesn’t stretch the floor enough and isn’t enough of a lockdown defender to supplant any of the other perimeter players in consideration.

Team USA will lack a bit in size, but probably not the point where Drummond is an absolute need. He’d be a luxury, and a nice one, but it’s probably better to use that last spot on a shooter or someone who can make an impact on a few more areas.

Shooting: Check. Size: Check. Defense: Check. Ballhandling: Check. Thompson pretty much has everything you want from a guard in an international setting. Here’s the problem: so does everyone else that’s already a lock for the team.

Iguodala was a favorite of Coach K’s on team’s past, and it wouldn’t be a surprise to see him make another one. But Iggy is creeping up there in age, and there already a few other gifted perimeter defenders and passers on the roster to make Iguodala nearly redundant.

Faried burst onto the scene in 2012, surprising everyone by not only making the team but dominating as well. Since that time, though, Faried hasn’t really grown as a player. He’s exactly who he was, and while that was just fine two years ago, now that Blake Griffin’s healthy, it’s hard to see how he secures a spot for himself.

Conley would actually be a really great addition to Team USA: he’s got the size, speed, shot and defense to make an impact. However, he probably can’t beat out any of the point guards ahead of him. Plus, the guy seems to always be harboring at least two nagging injuries, so it’s a good idea for him to just rest during the summer.

Harden will probably end up battling with Jimmy Butler for the final guard spot. He’s a better offensive weapon than Butler (though not by much), capable of wreaking absolute havoc on defenses. However, his defense is a major concern, especially when it comes to the perimeter-oriented attacks of several other countries.

One would think George to be a lock, especially since he missed out on his chance to play in the FIBA world cup after his gruesome leg injury, but his comments about the selection make him seem a little more iffy.

Paul George: "We’ll see. It’s been a long year for me already so we’ll see when it gets down to being there…

More PG: “It’s just about w/ this year & how everything’s been going & how my body’s been feeling…"

PG on possible US participation: "I don’t know if it’s smart to keep playing, so we’ll see I’ll just listen to my body after this year."

Butler’s emergence as a star in the NBA rightfully garnered him Team USA consideration, and it could earn him much more than that. Shooting is always at a premium, as is perimeter defense in international play. Butler brings both of those to the table, which might land him a spot over James Harden. 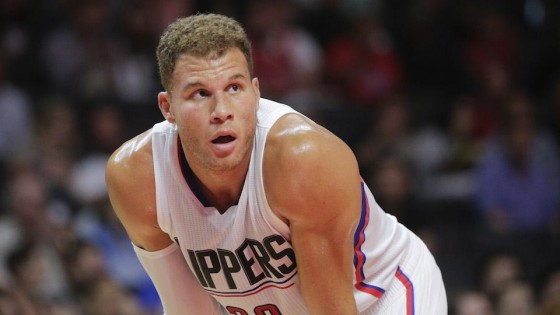 We’ve been Blake Griffin starved when it comes to FIBA and/or olympic competitions. Injuries have kept him out every summer, which is sad, since his athleticism alone would be dazzling in an international setting. If Griffin had played in any international games prior to this summer, he’d be a lock. Since he hasn’t though, he’s just barely on the outside. His odds are pretty good, though.