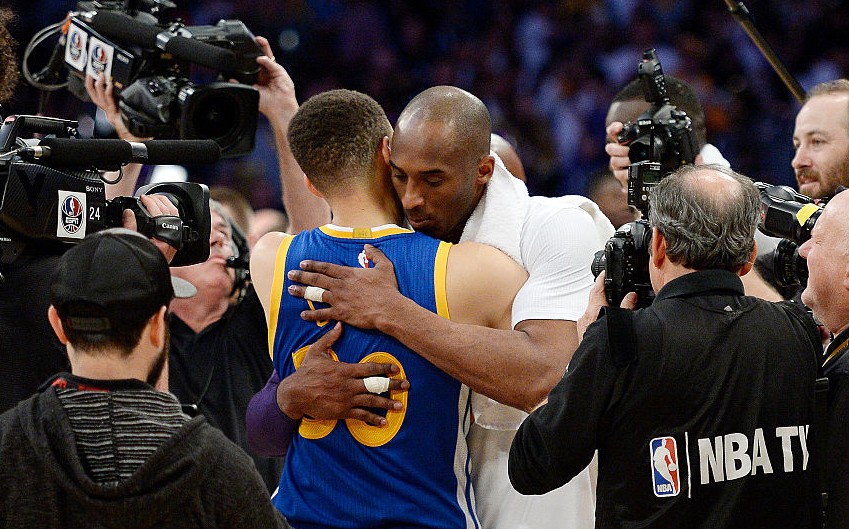 It is an undeniable fact that humans, no matter their race, religion, or creed, at least in some small fashion, love drama. The inherent drama in sports is what draws us to these games and reels us back in every time we think we’re done. But drama isn’t just found in the game itself. It’s found on the outskirts, in the way a coach handles a prized rookie, in the way a star player misses time because of a mysterious injury. These moments can be thought of as dramatic moments, but some are so wild that they can only be thought of as “WTF” moments. Most are bad, though some can be good, and this NBA season has had more than a few. (Ed note: 24-0 isn’t on this list because we should have seen it coming, and every time Steph Curry takes a shot we shake our heads and think WTF before it drops.)

Let’s rank them, shall we?

Extraordinary and/or mystery illnesses are nothing new in the NBA. One of the joys of the regular season is seeing the many ways in which a coach masks an injury or gets away with resting a player by claiming they’re hurt. Gregg Popovich is the master of the latter tactic, employing “DNP – Old” for Tim Duncan or telling the media that Boris Diaw won’t play simply because he’s French.

Players use this strategy, too. “DNP – Flu-like Symptoms” surprisingly appearing on an injury sheet when the player had no signs of illness beforehand usually means that player went too hard the night before (these most often appear in Los Angeles, New York, Toronto or that player’s hometown).

@KristineLeahy Ghost are definitely real and those bed bugs were staring me in my eyes when i woke up. nothing ghost about that one lol

Bed bugs, though? Well, that’s a new one, and it doesn’t appear as if Kyrie Irving made it up. It’s far too specific of a thing to claim as an illness. Bed bugs aren’t a joke, either. They’re seriously frustrating and annoying. Luckily, Irving only had to deal with their presence for one night, and the effects of their bites only a few nights longer. Seriously, though. “DNP- Bed Bugs” was by far the strangest illness or injury from this season.

6. Draymond Green’s I AM NOT A ROBOT tirade

Even teams with the best chemistry are prone to breakdowns every now and again. Just because the Warriors all get along and are on pace to set seemingly every record in the books doesn’t mean things won’t get heated from time to time. But Draymond Green’s tirade took it to another level.

This is perhaps a bit unfair, for a few reasons. First, this was something said (shouted?) in the locker room, which some consider sacred ground — that is, off limits from reporters. Yet, since Green was shouting loud enough for Lisa Salters to hear from the hallway outside, it was her job to report it. It’s also important to consider the personalities involved. Green is as fierce of a competitor as you’ll find in the NBA, and he was probably as upset with himself as he was with head coach Steve Kerr. This wasn’t Allen Iverson’s “practice” rant, presented in front of the media, it was something said during the heat of the moment behind closed doors.

Nevertheless, those exact words “I Am Not A Robot” are hilarious and stunning. Swearing is expected, maybe even a few insults. But those words, in that context? Oh, to be a fly on that locker room wall.

Congratulations, Los Angeles! You lucked into the top point guard in the draft, one with undeniable superstar potential. Not only does he have the talent, he also has that rare flair needed to truly thrive under the bright lights of Hollywood.

Unfortunately, his coach is number one Kobe Bryant fan Byron Scott, so entrenched in the old ways that he refuses to see the benefit of the three pointer, and the one person who still believes Kobe to be the elite player he hasn’t been for some time.

Scott’s treatment of Russell has been befuddling, to say the least. You can’t call it tough love, because there has to be any love in that equation for it to qualify. Scott will let Kobe jack up 30 shots per game, because he’s “earned the right” as if merit helps you win a basketball game, but will bench Russell for even the slightest mistake, because that’s how you learn from them, apparently. Russell’s been the starter, then a reserve, then a starter so many times that it’s understandable he’s a little frustrated.

At this point, the Lakers just have to hope that Scott hasn’t done irreparable harm to Russell’s psyche. 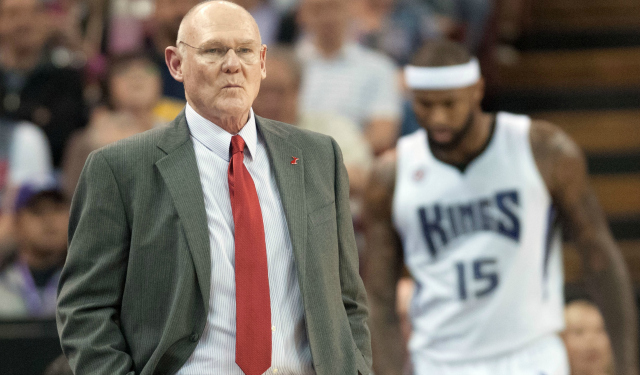 It wouldn’t be a season without one WTF moment from the Kings. This, though, wasn’t so much a moment as it was a confusing mess of power struggles and internal strife. First, the Kings were set to fire George Karl, whose tenure in Sacramento hasn’t been any better than any of the coaches before him. Karl couldn’t mesh with DeMarcus Cousins, and the Kings were ready to dump him in search of supposedly greener pastures.

ESPN’s Marc Stein, one of the best reporters in the business, even reported that the Kings were going to fire Karl shortly before or during the All-Star break. Then, in spectacular Kingsian fashion, the Kings did an about face, saying they were going to stick with Karl and work through their issues, as if they were going to attend marriage counseling.

As it turns out, part of the reason the Kings decided not to fire Karl was money. He’s got a lot of money left on his contract, and apparently Kings ownership (not including Vivek Ranadive) weren’t too thrilled with the prospect of paying out yet another deadweight contract.

So here the Kings sit, an unhappy marriage that will probably end a year or two later than it should have.

One of the best parts of “Last Week Tonight with John Oliver” is the “How Is This Still A Thing?” segement, in which they tear down institutions or cultural practices that are outdated, yet still commonplace. We would like to ask the same question of James Harden’s defense.

How is it still so bad after so long? Last year, it appeared as if he might be turning the corner — not necessarily into a good defender, but at least into one that gave a smattering of a crap. Yet, when this season rolled around, so too did the told Harden, the one who would make matadors blush. Just look at the effort, or lackthereof, that Harden gives on this possession. It would be cruel to highlight it if it was just a one-off, but this is a systemic issue for Harden. He has been comically terrible at defense this year, both in execution and willingness. No wonder the Rockets are suffering from such toxic chemistry.

WTF doesn’t automatically mean something’s bad. Sometimes, it can be used to express complete disbelief and childish glee, as basically the entire NBA universe did at the dunk contest this year. Will Barton pulled off one of the best dunks no one will ever remember. That’s how special this contest was.

Back and forth Zach LaVine and Aaron Gordon went, unleashing dunks never before attempted or imagined. LaVine’s dunks were all mostly variations on the same theme — twisting and turning in mid-air or launching (though, for LaVine, launching is not really the right term. It’s more correct to say that he simply untethered himself from the rules of reality) from the free throw line. It was majestic, the sort of suspended grace noticeably absent from the contest the past few years.

Whereas LaVine’s dunks were informed by liquid movements and an unnatural comfort in the air, Gordon’s jams were of the more violent, though no less acrobatic, persuasion. There was a happy aggressions to these dunks, and that joy poured through every screen showing the contest. LaVine may have won, but Gordon’s “sit-down” dunk was the signature slam of the entire event.