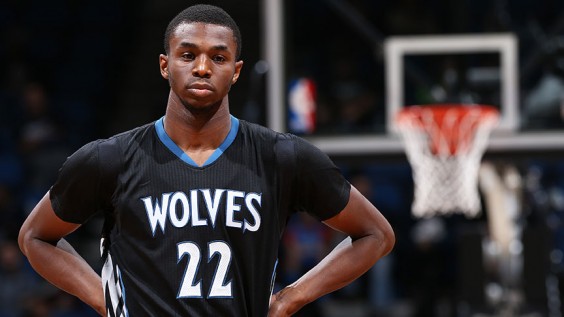 Last year’s rookie class was supposed to be one of the best in recent history, with highly-prized prospects like Andrew Wiggins, Joel Embiid, Jabari Parker, Dante Exum and Aaron Gordon. Some later-round rookies, including Rodney Hood, Jordan Clarkson and Jusuf Nurkic, blew preseason expectations out of the water, and made more than a few general managers regret passing on them in the draft.

A year later, while this class is still loaded with potential, they also leave you a bit wanting. Gordon continues to battle injuries (though he looks terrific when he’s on the court), Joel Embiid still hasn’t seen a minute of on-court action, and Jabari Parker is essentially still a rookie because of his ACL injury. Yet, let’s not give up hope. Some of these players are already blossoming into stars, or at least very good players before our very eyes. Here, now, are the best among them.

This is really Parker’s rookie-point-five season, since he only played in 25 games his rookie year before tearing his ACL. Parker seems back to his old self, though,

Is he a good player yet? The jury is still out, but he’s certainly a better, more controlled player in his second year.

It’s amazing what playing for a coach who won’t bench you after making the smallest mistake can do for your confidence.

At first, I left Hood off the list – not because he’s undeserving, but because his style makes it easy to forget that he’s just in his second year. Hood plays a mistake-free, confident brand of basketball rare in young players. He’s the ideal three-and-D wing with a healthy dose of playmaking that’s helped the Utah Jazz survive in the absence of Dante Exum. Hood may not have as much potential as, say, Joel Embiid or Aaron Gordon, but he’s going to be a quality, high-level rotation player for years to come.

The Lakers don’t exactly have a stellar track record when it comes to the draft, but they absolutely nailed the Clarkson pick. Clarkson’s game has translated perfectly to the NBA, and especially to this Lakers team bereft of nearly any other talent.

In his second year, thanks to rookie D’Angelo Russell, Clarkson’s played the lion’s share of his minutes at the two. As a result, his scoring is up from 11.9 points per game to 14.8, but he’s only averaging one assist less per game. The Clarkson/Russell combination is still a work in progress, but there’s been cause for hope, even as the Lakers continue to be the embodiment of pure misery on the court. Whatever else happens to the Lakers – whether they’re able to attract stars or not, whether they’re able to get a good coach – it’s clear that Clarkson is a keeper.

Payton’s sophomore numbers aren’t all that improved over his rookie campaign: 11 points per game, 5.9 assists, 3.6 rebounds and a rather unpleasant 43.4 effective field goal percentage. But, just for a second, forget about the numbers. Watch Payton play. He already had a preternatural command of the offense in his rookie season, and now, that command is absolute. He’s got an undeniably fun game, making his moves a beat later or earlier than his man expects on offense while causing absolute mayhem on defense. Health has been a bit of an issue this season, which might also be affecting his shooting numbers (in addition to the fact that he just can’t shoot, period).

In his second season, Payton is furthering cementing himself as one of the brightest young guards in the league. If he can ever shoot at even just a respectable clip, he’ll be an outright star.

Capela was supposed to be a developmental project a few years away from making a real impact for the Rockets. He showed last year that that wouldn’t be the case, and now, in his second season, is arguably one of the Rockets’ more important players. Despite a season of malaise and dysfunction, Capela’s continued to grow as a defensive force. The Rockets’ defensive rating is nearly six points better with Capela on the court, and while his effect on the offense isn’t as severe, he’s still a net positive on that side. This is mostly because Capela plays within himself. He does what he’s supposed to do – block shots, get rebounds, send home alley-oops and put-backs – and rarely tries to do anything else. As he develops, he’ll be able to do more, but who he is at this very moment is good enough for the Rockets.

The biggest knock on Wiggins coming into the draft was his perceived lack of confidence. Scouts were worried that he was too passive, too afraid of the big moment, too deferential to ever “want it,” whatever that means.

Wiggins crushed those concerns his rookie year, and now that they’re out of the way, he’s on the path to stardom. There’s a quiet confidence that radiates from him. He already has a go-to move – a beautiful spin that, thanks to his immense length, usually leads him right to the rim – which some players two or three years his senior can’t even claim. He’s still developing, of that there’s no question, but the sky is absolutely the limit. Once the Timberwolves have a coach that maximizes his potential and puts him in the right places to succeed, Wiggins’ progression should continue at warp-speed.