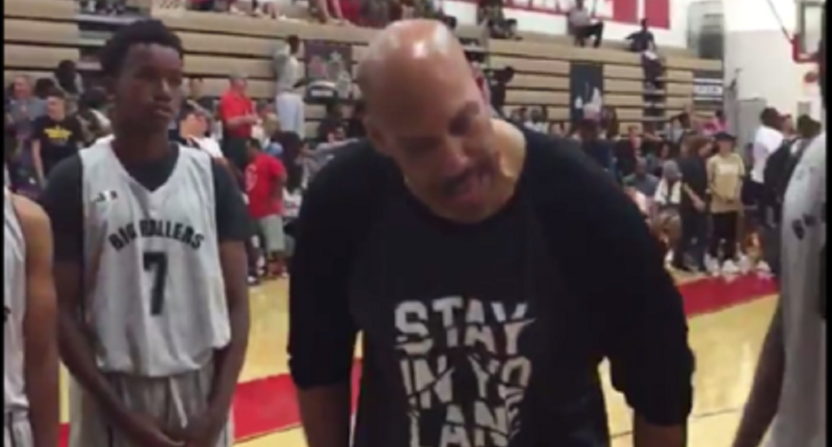 LaVar Ball is still facing the fallout for his sexist rant about a female referee. While coaching an AAU game in Las Vegas on Friday, Ball received a technical foul and then demanded the referee be replaced. After the game, he told media the ref needs to learn to “stay in her lane” — something we’ve heard from Ball before.

We’ve already seen the group that provides referees for Adidas-sponsored games end its five-year relationship with the shoe company as a result. Now the NBA Referees Association has also voiced its disapproval of Ball’s words and actions, unloading a series of tweets criticizing him and Adidas’ mishandling of the situation.

1/ This appalling story about the female referee removed during an AAU game warrants serious discussion. https://t.co/vHl2NJrzwA

2/ First, the misogynistic comments and intimidation by the coach have no place in basketball – or anywhere.

3/ The actions by Adidas show what happens when an organization does not support those tasked with protecting the integrity of the game.

4/ We support the referee community. This offensive behavior cannot stand, & hurts all those involved in basketball: https://t.co/vHl2NJJaVa

After Ball threatened to pull his team off the court, Adidas complied with his demand and replaced the female ref with a male ref. After the game, Ball went on this rant, as reported by ESPN’s Jeff Borzello:

“She got a vendetta because she’s a woman who’s trying to act — I get that she’s trying to break into the refereeing thing,” Ball told ESPN after the game. “But just giving techs and calling fouls, that’s no way to do it.

“I know what she trying to say: ‘Oh I gave him a tech. I’m strong.’ That ain’t got nothing to do with it. Just call the game. If you’re going to be qualified, you better be in shape and you better know the game. And she’s bad on both of them. She’s not in shape, she’s not calling the game right. And she don’t understand.

“And now she’s trying to make a name for herself, so she’s walking around like, ‘You know I’m the only woman in here.’ Yeah, we get it. I don’t care if you’re a woman, or a man or whatever, just be good at what you do.

“Don’t try to step in the lane. She needs to stay in her lane because she ain’t ready for this. [Ref] the little kids first and then come up. Because she ain’t did enough. She ain’t got enough on her résumé, I could tell.”

Sources told ESPN that Adidas pressured referees to not give Ball technical fouls during the tournament to avoid damaging their chances of signing his son, Lakers guard Lonzo Ball, to an endorsement deal. It’s bad enough how Ball acted and how Adidas reacted, but we’ve yet to see any apologies.