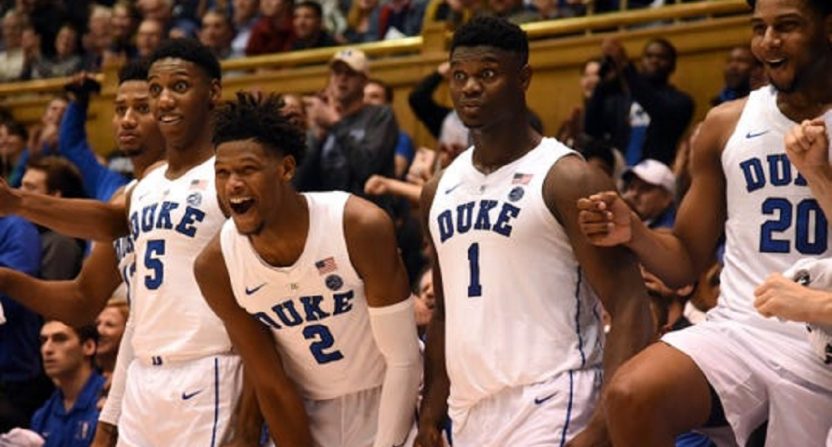 2019 NBA rookies polled in NBA.Com’s annual Rookie Survey believe Zion Williamson will win the Rookie of the Year award, but they don’t think he’ll have a better career than the third-best player from his college team.

Of 42 rookies polled, 35% of them believe Williamson will win Rookie of the Year, but only 5% of the rookies believe Williamson will have the best NBA career. The player that rookies think will have the best career? The Atlanta Hawks’ Cam Reddish, a teammate of Williamson’s at Duke (and another Duke player, R.J. Barrett, is also at 5% with Williamson). Ja Morant (16%) and De’Andre Hunter (11%, and a teammate of Reddish’s on the Hawks) also placed ahead of Williamson in the poll.

Which rookie will have the best career?

42 people isn’t exactly a large sample, but these survey results are pretty eye-opening all the same. Wiliamson is the most hyped — and arguably most unique — NBA prospect since LeBron James. He put his otherworldly athleticism/power combo on full display with a remarkable, highly efficient freshman season at Duke. There are questions about his ultimate position, but having a specific position is becoming less and less important in today’s NBA. Williamson is just a special talent that you put on the floor and watch make big plays. We’ll have to wait and see if he’ll be a star, but it’s hard to imagine him not being at least a very good NBA player.

Meanwhile, there may not be a player with more question marks than Reddish, after a rough freshman season at Duke. His Tankathon page is a horror film (compare to Zion Williamson’s page). 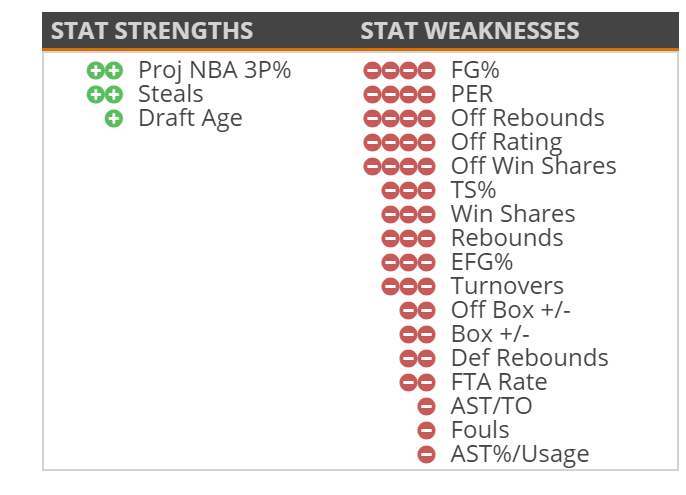 Reddish — the No. 10 pick in the draft — was very inefficient, with a 35.6 field goal percentage particularly standing out. However, the 6’8″ small forward is extremely talented and doesn’t turn 20 until Sept. 1. It’s also possible that it was difficult for him to get in a groove and show what he can really do while playing on a team with Williamson and Barrett.

And this survey is of course about a *career*, not right now. Reddish has a ton of upside, and clearly the rookies are big believers in his game materializing. So, while it may seem a bit crazy on the surface to say Reddish will have a better career than Williamson, the bigger takeaway is how much Reddish is impressing his peers. The Hawks hope the rookies are right.