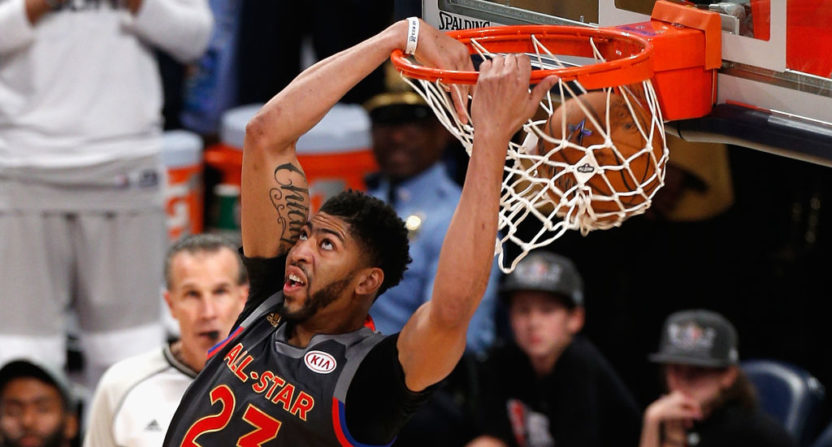 In an effort to boost interest in the NBA All-Star Game, the league is doing away with the East vs. West matchup that’s been tradition since the event began in 1951. In a major change, the NBA will allow two captains from the All-Star pool to select rosters that mix players from the two conferences.

All the details on the NBA All-Star Game changes … pic.twitter.com/gmMWRDD2y0

It’ll also help balance out the two conferences, considering the West has won six of the last seven seasons and the East lost Paul George, Jimmy Butler, Paul Millsap, and Carmelo Anthony this offseason. As far as the argument that it’s way easier to become an All-Star in the West than in the East, this change does not address that complaint. Each conference will still send 12 players to the draft pool.

Generally speaking, there’s not much to learn from the Pro Bowl. But the NBA did look at the NFL’s “unconferenced” model that was used for three years from 2014 to 2016.

The NBA’s version is slightly different. In the Pro Bowl’s format, NFL legends, rather than fan vote leaders, drafted from a pool of eligible players. But the inspiration is clearly there.

When February rolls around, we’ll see if this new gimmick will actually lead to an increase in All-Star Game interest. Most importantly, this could be our last hope at seeing the Banana Boat Crew all on one team.