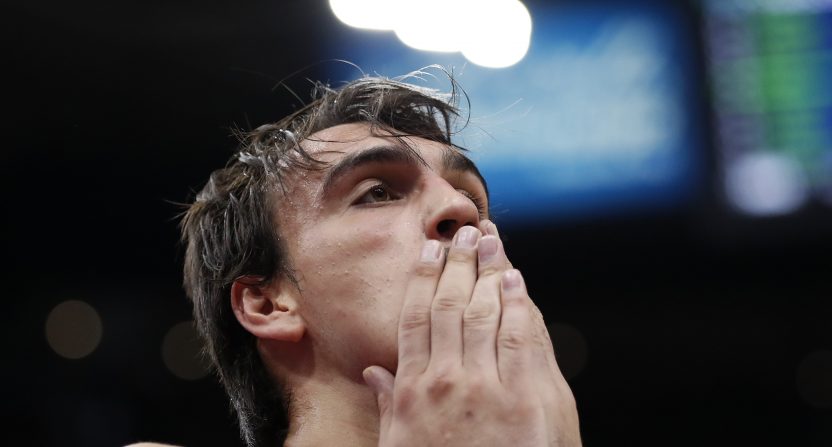 Hours before the 2019 NBA Draft, teams entered a mini-trading frenzy with multiple clubs swinging significant deals to move up and down the draft or load up their roster beforehand. Three big moves were most notable.

The Pacers have a good chunk of their rotation hitting free agency, including Thaddeus Young, Bojan Bogdanovic and Wesley Matthews, so making a move for a forward with range was a savvy move by GM Chad Buchannan and team president Kevin Pritchard. At the small cost of simply absorbing the three-year, $35 million remaining on Warren’s contract, Indiana acquired a talented scorer who is still only 25. Warren averaged 18.0 points, 4.0 rebounds and 1.2 steals per game in a season cut short to 43 games thanks to a lingering ankle issue. Getting a high second-round pick is a nice bonus. The Pacers still have more than $30 million to work with in free agency.

Trade will not be finalized until July 6 when the Pacers will have room to absorb TJ Warren. Indiana will still have close to $31M in room after the trade (not including the Bogdanovic hold). Phoenix will have $21M ($29.5M w/o Oubre Jr.) after the trade. https://t.co/V3jBkqAOXi

Meanwhile, the Suns clear Warren’s contract which gives them even more flexibility in free agency. They better land someone otherwise this move was entirely unnecessary.

The Atlanta Hawks acquire the number four and 57th pick in the draft, Solomon Hill, and a future second-round pick from the New Orleans Pelicans in exchange for the eighth, 17th, 35th pick and a heavily protected first-round pick

Just like Hawks GM Travis Schlenk did last year by moving up to acquire point guard Trae Young, he sent a bunch of future assets to move up four spots to (likely) select Virginia small forward DeAndre Hunter. Adding a top-five pick to an already strong core of Young and John Collins continues a really nice rebuild in Atlanta. If any team could afford to trade up it was the Hawks. They had a ton of assets. Why not stack them to get a potentially great player?

The Pelicans managed to add another pick that they can either use to add to an increasingly strong young core, or they can use it to trade for a wing. New GM David Griffin has masterfully built assets in the last two weeks following the Anthony Davis trade.

Anthony Davis has turned into:

And got rid of Solomon Hill's contract.

Getting rid of Hill’s last season at $12 million is a shrewd, understated move to include in the deal that will help the Pelicans retool. New Orleans did really well here.

The Minnesota Timberwolves were reportedly desperate to move up in the draft and traded a useful player in Saric to move up five spots. With Texas Tech standout Jarrett Culver and Vanderbilt point guard Darius Garland likely being available in that spot, it is a risk worth taking for the organization. They could land a potential star with that pick. Saric is never going to be that guy.

The Suns move back six spots to acquire the talented Serbian forward. Saric has proven to be a versatile offensive player in his young career and adding him alongside Devin Booker and DeAndre Ayton builds on a core needing more talent. Saric is cheaper than Warren, and the savings could be used towards finally getting a point guard like restricted free agent D’Angelo Russell.

Phoenix’s defense is going to be awful without more moves, however.