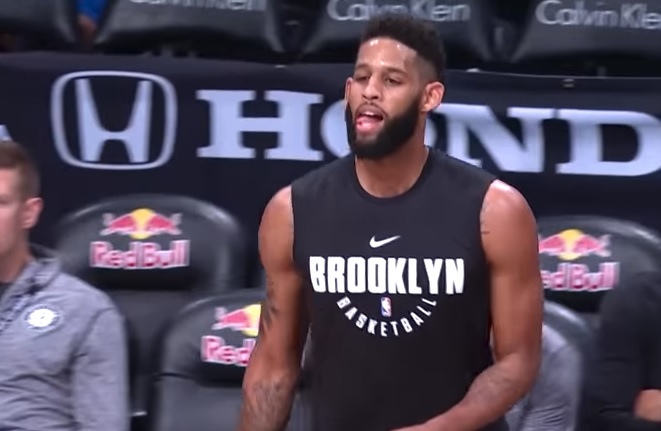 With new NBA draft lottery rules being implemented after this season, rebuilding teams are going to have to get more strategic in improving their rosters now that we’re entering the final year of the Tanking Era.

Starting in 2019, the teams with the three worst records in the league will now have the same odds at landing the top pick in the draft, with better odds than in the past for teams with the five or six worst records. So teams like Chicago, Atlanta and Phoenix are teams that are in the best position to tank while they still can, with New York, Orlando and Sacramento probably headed in that direction if the first quarter or half of their respective 2017-18 seasons don’t go according to plan.

Couple draft lottery reform with smaller increases in the NBA’s annual salary cap projections — meaning less money for teams to spend on free agents — and it’s getting harder and harder for teams in the draft and free agency, with less money for teams to spend on players on the open market. With traditional ways to rebuild getting more difficult, teams may have to devise new strategies to get ahead, especially in an era ruled by superteams like the Warriors.

With all that in mind, what the Brooklyn Nets have done — and are doing — is an interesting case study for other teams to examine.

The Nets have been limited in the draft over the last few years thanks to the Paul Pierce-Kevin Garnett trade, a disastrous deal they’re only beginning to recover from. With first-round picks either dealt outright, or swapped and moved down in the first round, it’s been hard for Brooklyn to attract quality free agents, making a traditional build-through-the-draft rebuild a lot more difficult than it would be under normal circumstances.

Nets general manager Sean Marks, now beginning his second full season in charge of basketball operations, had to get creative in order to upgrade his roster, and did so with a two-pronged plan of taking on toxic assets and going hard after restricted free agents.

To acquire 2015 second overall pick D’Angelo Russell, Brooklyn had to take on the disastrous Timofey Mozgov contract (three years and $48 million remaining) and trade Brook Lopez and a pick, which turned into preseason folk hero Kyle Kuzma, to the Lakers. With their 2018 first-round pick now in Cleveland’s hands, the Nets took on the last two years and roughly $30 million on DeMarre Carroll’s contract from Toronto to receive a lottery protected first-round pick that will convey if the Raptors make the playoffs this season.

With Brooklyn seen as an unattractive destination for unrestricted free agents, Marks went the unconventional route of signing restricted free agents to huge offer sheets with poison pill provisions aimed to force teams to face tough choices in re-signing their rising star players. The Nets were unsuccessful in acquiring Tyler Johnson and Allen Crabbe in the summer of 2017 after getting them to sign offer sheets, and failed to sign Otto Porter away from Washington in July. But when Portland could no longer afford to keep Crabbe’s contract, with three years and just over $56 million left, the Nets were happy to take on what became a toxic asset to the Blazers.

On Sunday night, more than 15 months after publicly going after Crabbe on the restricted free agent market, he made his Nets debut in a win over the Knicks.

“We wanted him when we signed him to the offer sheet and we never changed,” Nets head coach Kenny Atkinson told The Comeback. “It’s big for our organization as a statement that this is the guy we wanted.”

Crabbe, along with Russell, free agent signing Jeremy Lin and Caris LeVert — drafted in 2016 with a pick they acquired from Indiana in a trade for veteran forward Thaddeus Young — make up the cobbled-together Nets’ nucleus for 2017-2018 and beyond.

“A year later, they’re still in the picture trying to find a way to get me on the team. So it just shows a lot,” Crabbe told The Comeback regarding the Nets’ efforts this past summer. “It shows that they’re really interested in me and that they still see me in their plans.”

With options more limited for teams looking to build a perennial postseason contender, teams will ultimately see the Nets’ model as one to emulate, or as a cautionary tale of a team that needed to take desperate measures to get back from a really difficult situation. Brooklyn got its man in Crabbe, but he could quickly turn into a cautionary tale for restricted free agency if he doesn’t pan out.

As the Tanking Era ends and the salary cap levels off, different team-building strategies may come into play. And based on how successful players like Crabbe and Russell end up being in Brooklyn, we’ll see over the next few years whether the Nets model can be a viable and successful approach going forward.