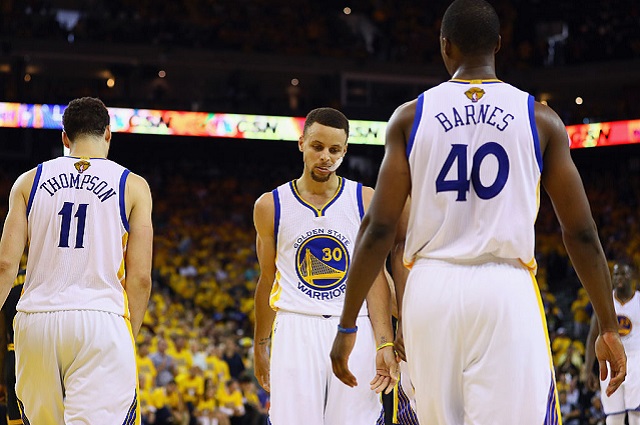 There will be plenty of time for Golden State Warriors fans to anticipate the future made possible by Kevin Durant’s announcement on the 4th of July, but let’s take a moment to acknowledge that this is not solely a continuation of what the Warriors have built to this point. It’s a new beginning, and also an ending.

Let me clarify. For owner Joe Lacob, general manager Bob Myers and much of the front office, the Durant move is the next step in a process that they began years ago, but make no mistake. Inside that timeline there is a shorter one, and it began with the hiring of Steve Kerr and ended with Durant’s announcement.

I will miss that era.

Don’t get me wrong; I’m as intrigued as the next Warriors fan about the future with Durant, but whatever they accomplish will feel just a little different to me. The 2015 Warriors were underdogs throughout the playoffs, but managed to win it all. They didn’t get enough credit for that, so the team came back better and angrier, won 73 games, and were a slip on a sweat spot away from repeating. The Warriors didn’t finish and had they not gotten Durant, they would have been able to bring back largely the same cast with a few minor tweaks and try to set the record straight in a third consecutive NBA Finals.

That dream died on July 4th.

The Warriors could win the next five titles, and it still would not solve the “How good were they, really?” argument from 2015 and 2016. They could beat their own record of 73 wins, go 16-0 in the playoffs and be anointed the best team in NBA history and it still won’t be the same thing. Warriors fans will take it, I’m sure. But at least for me, it will be a cocktail mixed with a shot of “what might have been.”

Let me make another thing clear. This is not the George Steinbrenner New York Yankees simply going out and signing the best free agents for the most money and watching the World Series trophies pile up.

The Warriors had a salary cap to deal with, and they artfully maintained flexibility so that an offer could be made to Durant comparable to what he could get by staying in OKC. That was why the front office held the line on Harrison Barnes and Festus Ezeli last year. They are called fortunate for getting Curry under contract while his ankle was iffy and he was looking for long-term security (not the highest amount of money possible), but that’s not fair. The fact that they were willing to give Curry that security when they didn’t know what his upside would be is an example (and there are several) of how this team deals with players as people, not just bodies filling uniforms.

When you treat people like that, they will go to the mat for you, and Curry’s eagerness to share whatever glory comes the Warriors’ way with Durant was a big factor in KD’s decision to join up. That Draymond Green, Klay Thompson and Andre Iguodala were also in that meeting, willing to say, “We don’t care about stats and honors, we want championships,” was also a key. 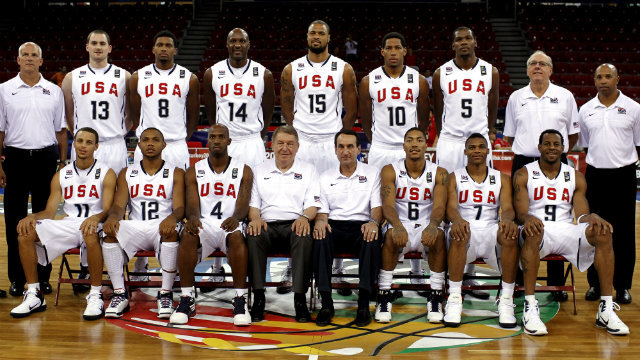 It is my belief — and we’ll never know for sure, because Durant is too classy to ever say it — that he’d had enough of Russell Westbrook. I watched Durant watch Westbrook when they were both on the podium after the Game 7 loss to the Warriors. Westbrook was asked several times about Curry, and he steadfastly refused to give Curry any credit for being anything other than a pretty good player. It seemed to me that Durant was frustrated with his teammate’s attitude, which is the the polar opposite from his own. Now that we know how close Durant and Curry (and Iguodala) had become while playing on the 2010 USA Basketball team, it seems even more likely that Durant did not appreciate Westbrook’s comments.

Beyond that moment on the podium, I couldn’t imagine Durant wanting to play another year in limbo, waiting to see what Westbrook would do when his contract came up next year. I actually think OKC would have had a better chance to keep Durant had Westbrook been a free agent this year and signed somewhere else. According to ESPN’s Ethan Sherwood Strauss, Iguodala’s pitch to Durant included the idea that when your career is over, you want to reminisce about it with good people who have remained your good friends. When Durant thought about these Warriors star players who were welcoming him, compared to Westbrook, the difference must have been stark.

A few thoughts on the other dominoes that fell on Monday:

** I’m thrilled for Harrison Barnes, for three reasons. 1) He’s not going to Philadelphia, a place that would have eaten him alive. 2) He’s going to Dallas, a great organization with a great head coach, a classy veteran star who’s returning in Dirk Nowitzki, and teammate Andrew Bogut and 3) He’s getting out of the Bay Area, which had turned on him in a terrible way this season, well before his flame-out in the finals.

Barnes should be remembered fondly by Warriors fans as a starter and key part of a Championship team and a near-Championship team. He was the backup power forward despite being very undersized, and he was part of the “death lineup” that closed important games in both seasons. Unfortunately for him, what he was good at are things that many fans miss (defense, rebounding), and his failures happened in front of God and everybody.

** I’m disappointed that things didn’t end better for Bogut. He was a team player in 2015, accepting an unprecedented benching in the NBA Finals, and then he got hurt in Game 5 when they desperately needed him. Hopefully he will do well in Dallas and that time will ease that wound.

** There are people who have expressed concerns that the Warriors will have trouble filling out their roster, as the Heat did in 2010 and the Cavaliers did in 2015. I don’t think that will be a problem. I think they’ll find plenty of veterans who would love to be part of this team, because it’s not all about one guy.  Even though each team had a “big three,” the 2010 Heat and 2015 Cavs were really about one guy, and being on a team like that is not fun. If you can make more money somewhere else, you go do that. When you can be on a team that doesn’t have a King, shares the ball on offense and responsibilities on defense, and you can win a championship, who wouldn’t take a little less money to do that?

So I propose a toast to the 2014-1016 Golden State Warriors: We’ll never know if you were one of the best teams ever, but to those of us who saw every game you played, you were a joy to watch and root for. Thank you for everything.

To the 2016-17 and beyond Warriors: You better damn well win everything in sight!