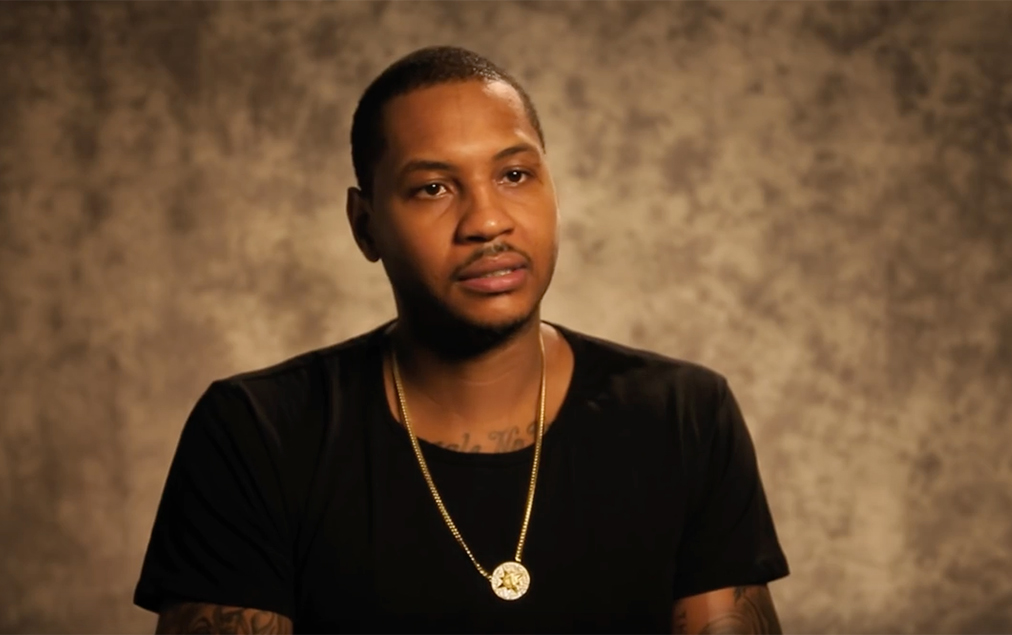 Philanthropy and outreach are necessary parts of every sports league’s image, but the causes of choice are never remotely political. The NFL raises awareness for breast cancer, MLB “stands up to cancer,” the NBA helps underprivileged children. There is no national argument about these issues, they’re universally agreeable.

That makes the NBA’s recently announced partnership with an anti-gun non-profit organization a display of political expression unlike any we’ve ever seen before. The league will air a series of PSAs targeted toward ending gun violence, in partnership with Everytown USA, a group that lobbies against gun violence largely by lobbying against guns themselves.

It’s trendy to say gun violence is a non-political issue, that it is so important that it transcends politics. But that’s wrong. Guns are inherently political, the source of passionate argument in Congress, at presidential debates and at every dinner table in America. Yet there’s Carmelo Anthony, in the middle of an NBA-sponsored ad, talking about how it’s too easy to get guns, taking a stand that alienates a large portion of the country with the league’s blessing. There are NBA stars in an NBA ad talking about the need to protect children from the perils of guns.

If this were just about “ending gun violence,” you could argue the campaign is apolitical, as one of the partnership’s leaders does in this interview with SB Nation. After all, we all wish there were less gun violence, we just have differing opinions of how to get there. But the NBA has partnered with an organization started by a politician (former New York mayor Michael Bloomberg) that lobbies against the NRA on causes like concealed firearms and background checks.

The league knows this. Here’s a passage from a New York Times article on the new partnership, quoting league executive Kathleen Behrens:

But the decision may prove tricky for the league: While many of its teams are based in cities dominated by Democrats, a number of other teams — and millions of N.B.A. fans — hail from places where Mr. Bloomberg and his approach to guns are viewed with deep suspicion. Ms. Behrens said the league had not shown the ads to team owners, but added, “We’re not worried about any political implications.”

And if there was any chance the PSAs would be seen as separate from the national debate about gun control, that went out the door with this tweet:

I'm proud of the @NBA for taking a stand against gun violence. Sympathy for victims isn't enough – change requires all of us speaking up.

The NBA isn’t playing both sides of the fence, it’s taking a strong stand on an important issue that many Americans don’t agree about. For a while now we’ve seen NBA players speaking out about social issues, moving away from Michael Jordan’s “Republicans buy sneakers too,” attitude, but for the first time the league itself is joining in. The league itself is staking a position on a partisan issue.

This raises the question of whether sports leagues should take political stands, which is difficult to answer without injecting personal bias. I’m thrilled the NBA is putting its considerable influence behind this cause because I believe it’s important and that the league falls on the right side of the argument. But if next month the NFL announces a partnership with an interest group I don’t support, I obviously won’t be as happy. Leagues are private organizations and can do as they wish, but is it their place to lobby for specific causes?

It seems unlikely leagues will now rush to take sides on hot-button issues, not with opposition from some constituency of fans almost inevitable. They stand just about nothing to gain and lots to lose. So why is the NBA partnering with an anti-gun lobbying group? As stated, the hope is that the campaign will be taken in a bi-partisan way, whether or not it actually is bi-partisan. But clearly the league must think the issue of gun violence is important enough to make some enemies over. That’s an unprecedented conclusion for a sports conglomerate to come to.

So as you watch, and hopefully nod along to, the Christmas-day PSAs, stop and realize the NBA is taking a historic risk, engaging politically in a way no league has before.