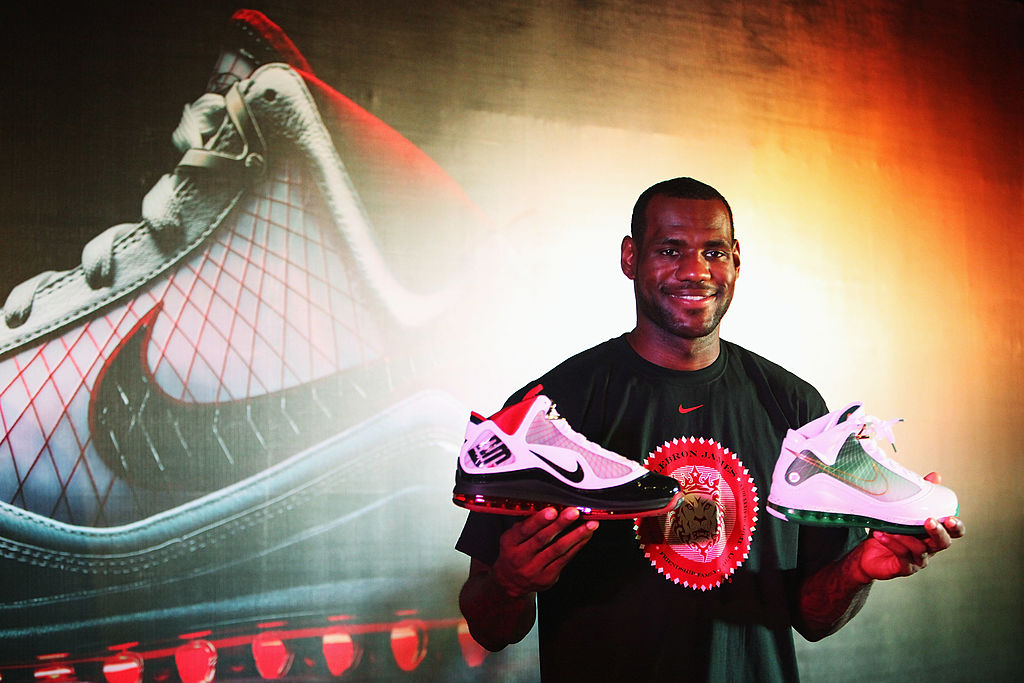 LeBron James will be wearing Nike for life,

According to ESPN, Nike has signed the Cavaliers forward to a lifetime deal that includes the largest guarantee in company history and “easily surpasses” the 10-year $300 million contract Kevin Durant signed a year ago.

This is Nike’s first-ever lifetime deal and the largest deal in the company’s history and who better to get it than James, one of the greatest basketball players ever and as marketable a star as we’ve seen since Jordan.

“We can confirm that we have agreed to a lifetime relationship with LeBron that provides significant value to our business, brand and shareholders,” Nike said in a statement. “We have already built a strong LeBron business over the past 12 years, and we see the potential for this to continue to grow throughout his playing career and beyond.”

According to Forbes, LeBron will earn $44 million in endorsements this year, more than any other basketball player, and that’s before this new Nike deal. Forbes also reports that James is Nike’s biggest cash cow:

Nike sold $340 million worth of James’ signature shoes in the last 12-months through January, up 13% from the prior year, according to SportScanInfo. It is nearly double the amount of the NBA’s second best seller, Kevin Durant.

While it’s unclear just how much LeBron will make annually going forward and how the economics of the deal will change over time as he enters his twilight and post playing years, you have to imagine it’s a monster deal given Nike reportedly paid James around $30 million last season and again this deal is alleged to be more lucrative than Durant’s current Nike deal which was in that same neighborhood.

Nike has never before announced a lifetime deal like the one they did with James today. Assume MJ has at least a de facto one.

LeBron's landmark lifetime Nike deal was negotiated by Paul Wachter, who was on Beats By Dre side for $3B Apple deal.

All of this must be painful for Adidas, who, according to Sonny Vaccaro, could have signed LeBron out of high school with a slightly larger offer as LeBron was reportedly leaning towards Adidas at the time as the company had ties to his high school and AAU teams. Nike didn’t hesitate when Adidas balked at bankrolling Vaccaro’s proposed offer and inked the Akron-native to a seven-year $90 million deal in 2003. Several years later, Adidas went all-in on Derrick Rose — the only other basketball player known to have a lifetime show deal, according to ESPN — and that hasn’t worked out so great.

“LeBron and I have been in love and obsessed with Nike since we were kids,” Maverick Carter of LRMR, James’ business partner, said Monday. “Having built a totally innovative, global business with them has truly been a dream come true. We are so excited to be taking the business to an entirely new level. For LeBron, he’s thrilled to know he’s a Nike guy for life.”

This sounds like a happy ending for everyone minus the rare scenario where you incur a beating from an unhinged alcoholic cop seeking retribution for his son’s Nike LeBron’s getting destroyed by your bully son but I’m guessing this isn’t a common occurrence.