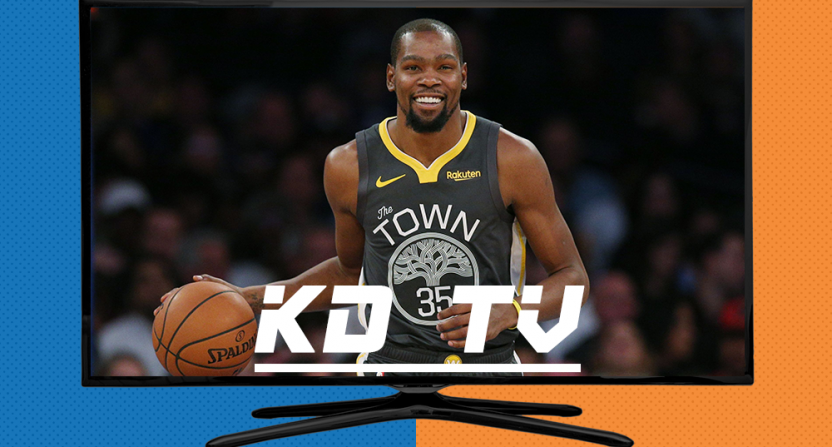 Local NetworksNBABy Sean Keeley on May 1, 2019

The most important upcoming battle in the NBA isn’t the race to the ongoing race to see who’ll win this year’s NBA title. Rather, it’s the race to see who will acquire Kevin Durant’s services in the off-season when he enters free agency.

The New York Knicks have been considered a front-runner for Durant’s services (some would say THE front-runner, with the team’s season-ticket renewal site even using an image where he’s the opposing player) and the rumor mill has been working overtime about the possibilities. Of course, if Durant has his sights set on playing in the Big Apple, the Knicks aren’t the only team in town anymore. And if the Knicks have a shot, then so do the Brooklyn Nets, who are already in much better position to compete.

And of course, he could also head to SoCal and play for the Los Angeles Lakers or Los Angeles Clippers. There’s also been talk that the Washington Wizards could make a lot of sense.

In other words, if the Knicks want Durant, they’re not going to be able to count on their cap space or his potential desire to play in NYC alone. They might have to work for it.

Marc Berman at the New York Post reported Monday that some “industry insiders” are speculating that the Knicks might consider floating Durant his very own show on the MSG Network, which is under the same corporate umbrella as the Knicks. While Durant has been an outspoken critic of media coverage, he’s also dipped his toe in the content pool with The Boardroom, a sports business show he’s partnered with ESPN+ for. So the idea of getting free rein to create his own show might just be the kind of enticement that would put the Knicks over the edge.

However, as The Athletic’s Mike Vorkunov pointed out, it’s probably unlikely this would happen given the way the current CBA is structured.

Asked around on this a little bit. Seems like Durant, or any player, would be hard-pressed to get his own show on a TV network owned (or controlled by) his team. It would probably be considered an extra benefit outside of his contract and circumventing the CBA. https://t.co/OBX9EO9W9R

Which is why Durant is more likely to get more shows with ESPN or other networks not directly associated with teams. (If more shows are in fact what he wants.) And while this could become an interesting discussion in future CBA agreements given how many NBA players are involved in creating content these days, the current CBA seems to require those shows to be with networks beyond the team RSN. So sorry, James Dolan, it doesn’t look like The Kevin Durant Show featuring JD & The Straight Shot as the house band is in your future. You’ll just have to settle for the possibility of having one of the best players in the NBA on your team.

1 thought on “No, the Knicks probably can’t give Kevin Durant a show on MSG Network as an enticement”