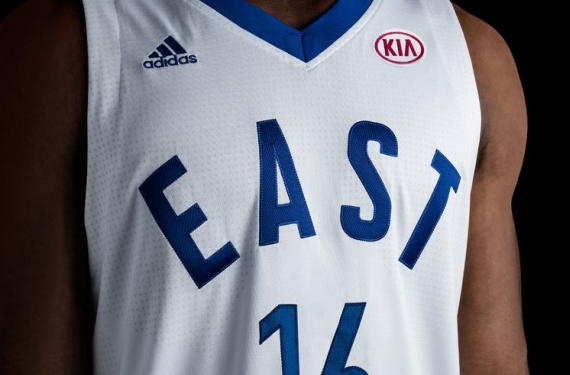 Ads on sports jerseys are a thing everywhere in the world but in America. European soccer teams started the trend and today, some leagues have jerseys that look more like a who’s who of companies than an actual jersey.

With Major League Soccer embracing the trend over the past decade or so, ads on the jerseys of other major sports leagues in the United States have felt more and more inevitable. The NFL allows a patch for advertising on training camp jerseys, but hasn’t taken the plunge to do the same on its official game jerseys just yet (if ever).

Ads on jerseys were something NBA commissioner Adam Silver admitted just a few years ago were that inevitable force coming down the tracks at them. Plans have been in the works over how to get these ads going, but it appears those plans have hit a snag recently.

While doing a media blitz in Philadelphia earlier this week, Silver admitted on the Zach Lowe podcast that jersey ads might not be coming as quickly thanks to issues between major market and smaller market teams.

“Part of the reason we haven’t moved forward is complications over our revenue sharing system,” Silver said. “If certain markets did exponentially better than other markets … it would be a net reduction in revenue for other clubs. At the end of the day most importantly, we’re trying to create parity in this league.”

While parity may be the ultimate goal, it is interesting that it seems like Silver’s initial idea is to have the individual clubs go out and get their own advertising deals for those spots on jerseys.

“There are a group of teams that feel they will somehow be left behind,” the commissioner said. “Presumably some of the larger markets will be much more successful in selling, we’re calling it a ‘patch’ – a logo on a jersey, not the full-out control of the jersey that you see in European soccer.”

If the NBA is going to allow local control of selling those ad spaces on jerseys, there simply is no way to create parity. Different markets not only have different standards of living, but attractiveness to potential advertisers.

About the only way to ensure parity is to put all the ad money in to one big pool and distribute it evenly like the NBA does with its national TV money.

Still, it seems like that would be a major sticking point to the clubs able to generate more revenue than others. Why should the Lakers subsidize say, the Timberwolves?

Until the NBA and other leagues realize that not every team is created equal and that not all revenue can be shared, don’t expect your favorite company to have its logo on an NBA jersey anytime soon.

Could LeBron James and Kyrie Irving reunite in Los Angeles?

Could LeBron James and Kyrie Irving reunite in Los Angeles?