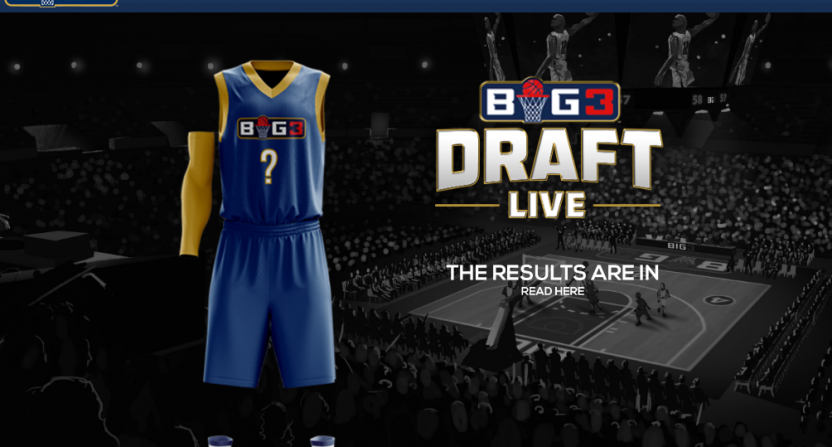 Ice Cube’s 3-on-3 BIG3 league has gotten a lot of attention for prominent names (player-coaches Allen Iverson (pictured above) and Charles Oakley, CEO Amy Trask) broadcast deals (Fox and FS1) and rule changes (a four-point shot and more). Now, after Sunday’s draft, it has full rosters, and ones with plenty of recognizable names. Here’s a look at the results:

The full #BIG3Draft results are in! Retweet, debate and get excited for the June 25th season opener at @barclayscenter pic.twitter.com/r9xwPnglss

Iverson might be the most interesting player-coach here, but there isn’t necessarily a ton of support for him on that roster. The Chauncey Billups-Stephen Jackson-Reggie Evans Killer 3s look like a tough team to stop, as do the Corey Maggette-Cuttino Mobley-DeShawn Stevenson Power. And Mike Bibby, Ricky Davis and Mo Evans’ Ghost Rollers could be difficult too. Watching Jason Williams, Rashard Lewis and Mahmoud Abdul-Rauf team up for the 3-Headed Monsters could be fun, while the Kenyon Martin-Al Harrington-Rashad McCants Trilogy and Jermaine O’Neal-Bonzi Wells-Mike Jones Tri-State squads could be tough too. And as for the Ball Hogs, at least they’ll have Rick Barry to instruct them on proper free-throw shooting form.

The draft came after a combine Saturday, and McCants (who was picked first overall) told Fox Sports’ Jonathan Bradley his effort there and his commitment was crucial to his selection.

“I’m a fitness trainer, it’s what I do for work,” McCants told FOX Sports. “But I just put a lot of two-a-days in and just made sure I was in shape and could move up and down. I think now, at 32, I feel like I’ve been out the league for so long I’m still 24 or 25. I can still move and do all the things to help the team win.”

…“Man, I’m humbled and grateful. Just to be a part of the league and be able to be a participant was just major. The preparation for it all was major but then to get picked No. 1 is an appreciate factor because guys recognize my talent, the hard work I put in over the years, and I just came in in-shape and ready to play. So I feel like it was much deserved.”

We’ll see how that works out for McCants and the other players involved. But there are definitely some significant names involved with this league, both as coaches and as players, and they have some prominent broadcasting deals as well. With the rosters set, there will be plenty of debate over which team’s most likely to shine when their season of games across America starts this summer.