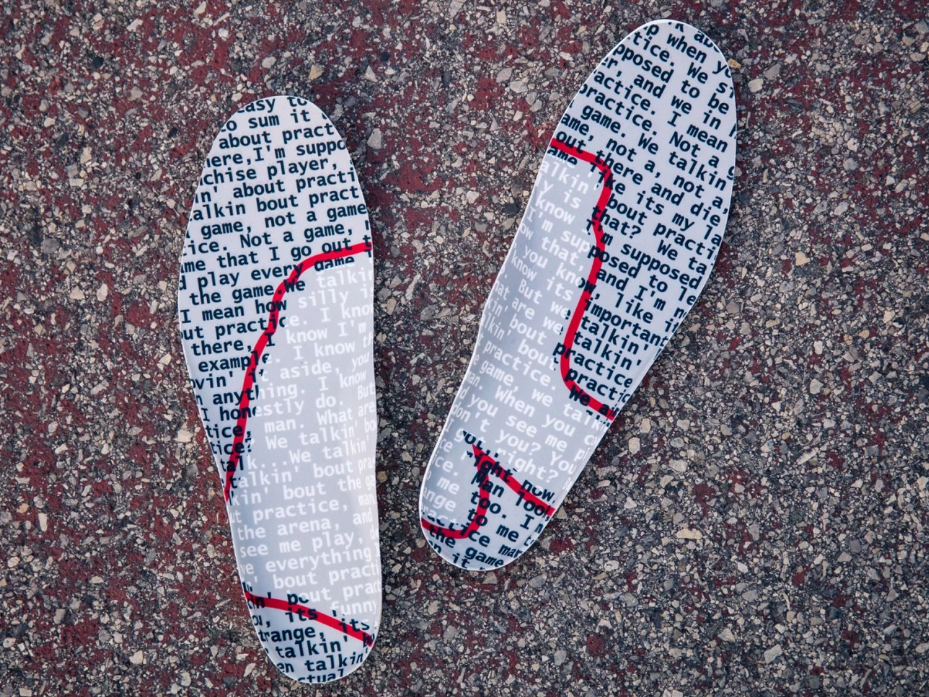 Allen Iverson is heading to the National Basketball Hall of Fame later this year, after putting together one of the more unique professional careers the NBA has seen. Iverson helped usher in a new breed of basketball players with his all-out approach on the court from start to finish.

Of course, we all know he had a different take on the importance of practicing.

Iverson’s iconic rant about practice is now being printed word-for-word on a new sneaker from Reebok, a longtime sponsor of “The Answer”. The new sneaker, the Question Mid “Practice”, looks like it’s stitched like a baseball on the outside. But as with most things in life, it’s what’s on the inside that counts. The inside soles of the shoe are where you can find the rant from Iverson printed.

Iverson’s infamous rant came four days after after the Sixers were eliminated from the NBA Playoffs in 2002. It was a year after Iverson put together an MVP-season and took the Sixers to the NBA Finals, where they stunned the previously undefeated Los Angeles Lakers with an overtime victory in Game 1, before dropping the next four to lose in five games.

Iverson’s Sixers were ousted from the 2002 NBA Playoffs in the first round by the Boston Celtics. The final game got ugly in a hurry with the Celtics dropping threes all over the court in a 120-87 victory. Iverson had been under plenty of pressure to follow-up his MVP performance form a year ago, but the Sixers were just a different team and things were starting to unravel. During his season-ending press conference, Iverson was asked about his practice habits, when all hell broke loose. At the time, it was surreal to watch (I watched it live, in my mom’s basement ironically enough). even before the days of YouTube and Twitter, everybody knew this video was going to be everywhere. Little did we know we would one day get a chance to wear it on our feet.