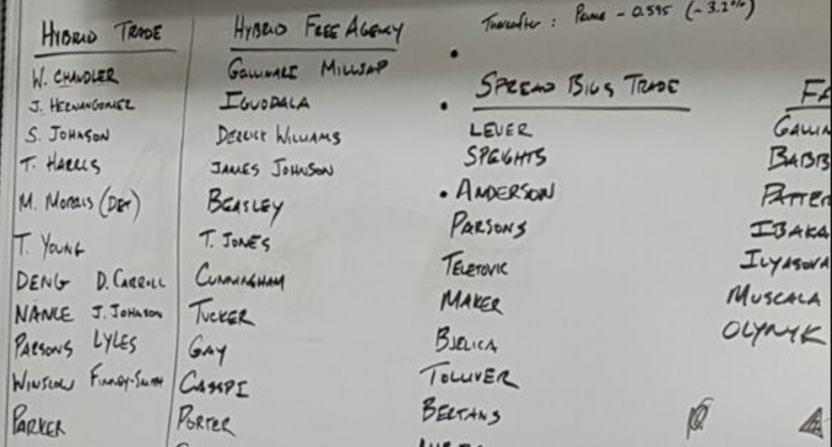 The Orlando Magic may have screwed up in a big way.

After signing Argentinian rookie Patricio Garino, they let an Argentinian sports agent who was with him to tweet out a picture as he signed the contract. How nice, right?

The problem was the backdrop: a whiteboard that appears to show all of Orlando’s postseason targets for trades and free agency. 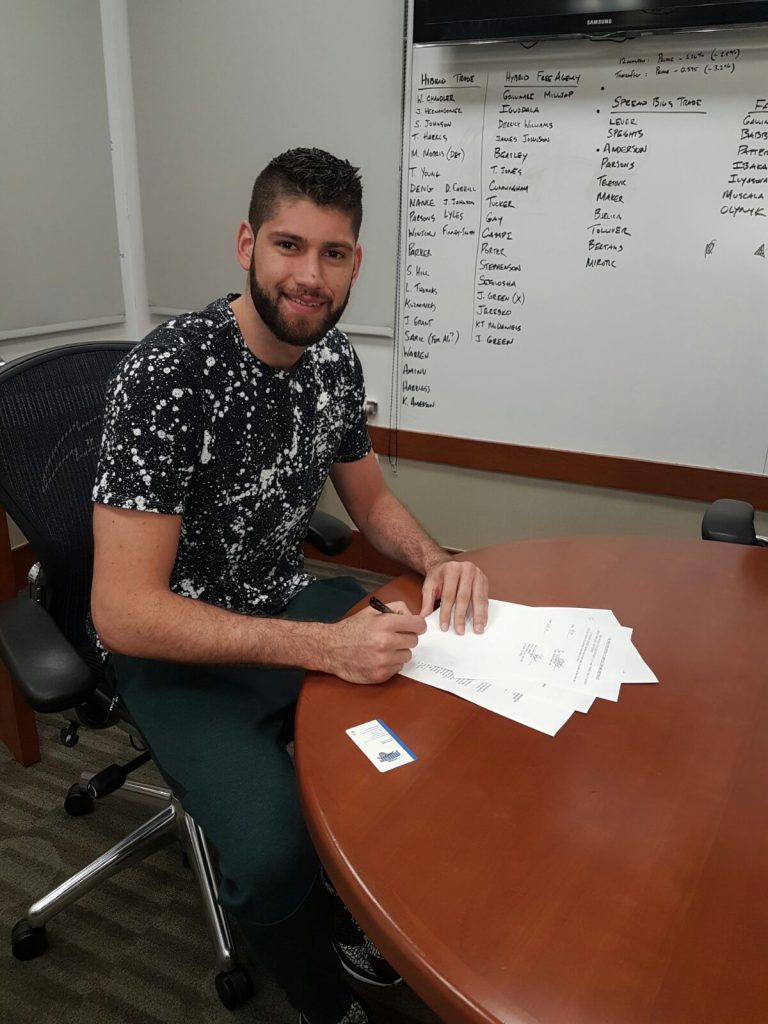 With the picture blown up, it’s easier to see exactly who the Magic appear to have as their targets. 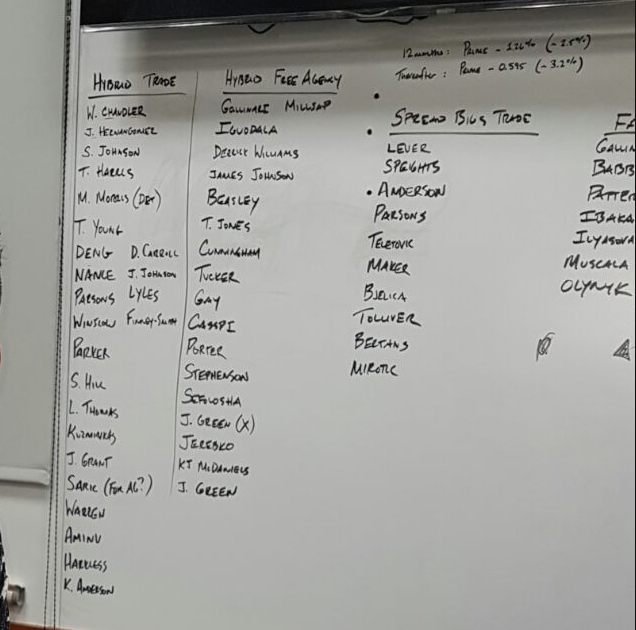 The tweet has since been deleted, so that’s already a good sign that all of this is legit.

The most interesting takeaway here is the Magic’s interest in trading Aaron Gordon to the 76ers for Dario Saric. Next to Saric, a Rookie of the Year candidate, is a note in parenthesis: “for AG?”

It’s also pretty funny to see Tobias Harris near the top of the list. The Magic traded Harris away last season in a deal where many thought Orlando came out as the loser. Maybe they’re going to try doubling back?

It’s not surprising that the Magic are toying with some big offseason changes. At 27-50, the franchise will likely fail to win 30 games for the fourth time in five seasons. But they’re probably not thrilled that some of their plans may have been exposed to the world here.