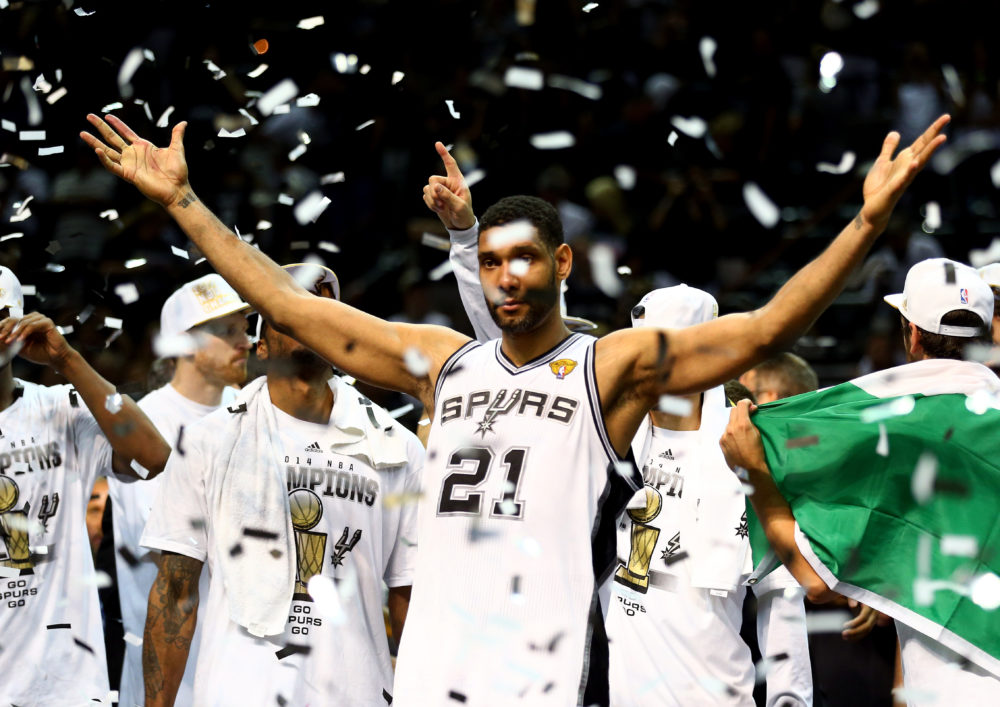 In what could be an incredible story of “What might’ve been,” the Orlando Magic had been poised to add San Antonio Spurs forward and future Hall of Famer Tim Duncan back when he was entering his fourth NBA season in 2000. Teams had been courting Duncan in the offseason and while Duncan wound up staying in San Antonio his entire career, things could have been way different.

According to Duncan’s teammate Bruce Bowen, Duncan was set to sign with the Orlando Magic if not for then Magic coach Doc Rivers denying Duncan the chance to have his family on team flights to games. As Bowen explained on Fox Sports West. (Thanks to Dan Feldman of ProBasketballTalk for transcribing.

“When Tim went out to meet with Orlando, he asked this question: Can family come on the flights to some games? And from what I understand, Doc said no, and that’s where he lost Tim Duncan.”

This also isn’t something that has been floated out of left field. An Orlando Sentinel piece from a year ago pointed out that Duncan was set to sign with the Magic if they had let his then girlfriend on team flights so this theory seems to have some merit.

The Magic had been building up their roster for a playoff run and had signed Grant Hill and Tracy McGrady. If they had signed Duncan, that would have provided a formidable team that would have been a title contender even if Hill still had his injury issues. Instead, the Magic lost in the 1st Round of the Eastern Conference Playoffs three straight years and their best showing was an NBA Finals loss to the LA Lakers in 2009.

For the Spurs, they continued to improve and eventually became one of the most talented dynasties over the past 20 years. The Spurs would win four more NBA championships, win two more NBA Finals and regular season MVP titles and became one of the best NBA players of all-time.

It’s safe to say, if what Bruce Bowen is saying actually happened and Doc Rivers had just let Duncan have his family on team flights to get his deal done, the Magic would have at least a title and the Spurs may not have been the dynasty we grew to respect all this time.