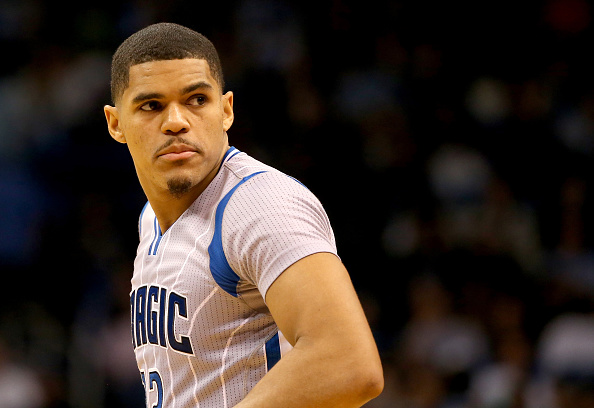 The Orlando Magic have a pretty smart front office. They got a pretty good deal for Dwight Howard, drafted Victor Oladipo and Elfrid Payton, and snagged Tobias Harris for J.J. Redick. Still, it’s hard to see what GM Rob Hennigan is doing here, sending Tobias Harris to the Detroit Pistons for Brandon Jennings and Ersan Ilyasova.

On Tuesday, the rebuilding Magic traded the 23-year-old Harris for the expiring contracts of the 26-year-old Jennings and the 28-year-old Ilyasova. Harris, who is averaging 13.7 points and seven rebounds a game this season, is not only the youngest but also the best player in the deal, and reviews of the Magic’s end of the deal were pretty universally negative.

What an awful trade for Orlando if there are no picks involved. https://t.co/qgSXUTjCZC

Tobias Harris gave the Magic versatility and flexability, hadn't hit his ceiling, and was on a great deal. They fired too quickly…

Liked the move by Detroit to snare Tobias Harris for 2 expirings. He's a gamer. Weird move by Orlando unless a 2nd one is coming.

Well at least they’re set to wildly overpay this summer for a low-level free agent for a contract they’ll regret https://t.co/DxLStD0kEp

That’s effectively what Orlando did: they traded Tobias Harris for a contract they’re going to give out this summer they’ll regret.

There had been rumors that Orlando was looking to trade youngsters for veterans, with names like Jeff Teague floated as possible targets. But Jennings, an inefficient ball-stopper having the worst year of his career, is certainly no Teague. And though not everyone is super high on Harris, he’s clearly got a higher ceiling than the guys the Magic gave up and probably as good as and cheaper than whoever Orlando will pay to replace him this summer.

As for the Pistons, they gave up two expiring contracts for a promising youngster and now boast a nice core of Harris, Reggie Jackson, Andre Drummond, Kentavious Caldwell-Pope, and Stanley Johnson.

Pistons building a team that can switch at least 2-3-4 on D for most of every game.

Detroit sacrifices some cap space, but can look at Harris essentially as a free agency signing they lock in w/o bidding under higher cap.

Jackson/KCP/Stanley/Harris/Drummond is … wow that’s a hell of a lineup.

The trade could have interesting playoff implications right away. Orlando, currently sitting 11th in the East, seems to be gearing up for the offseason and a playoff run in 2016-17, while Detroit looks like a serious contender for the final playoff spot in the conference. At the moment, the Pistons are 9th in the East, only a half game behind the Hornets.

Harris, for his part, appears happy to have improved a few games in the standings.