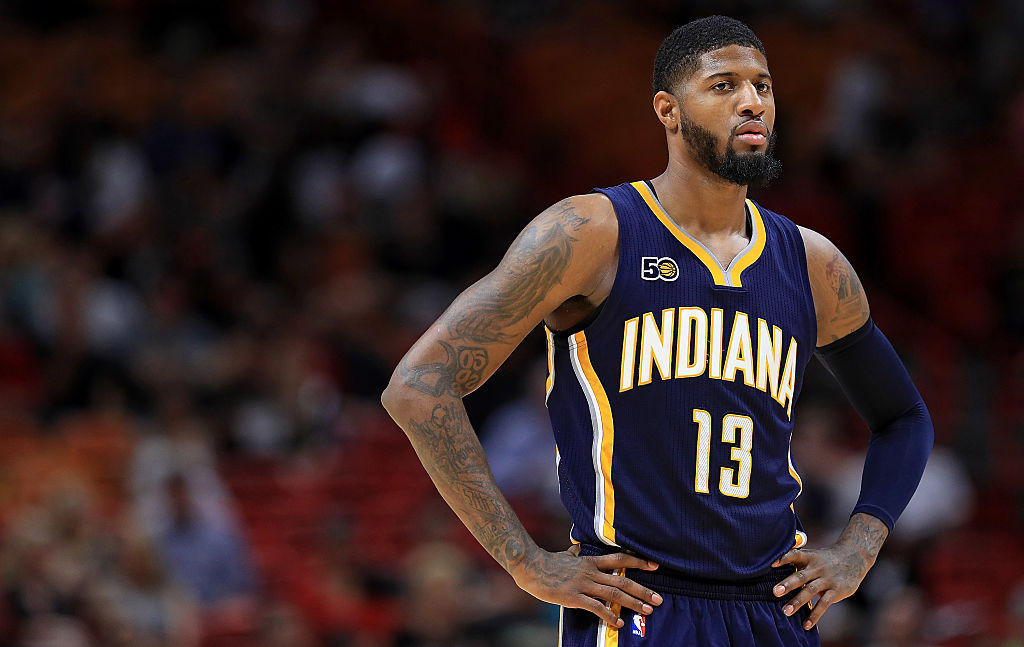 When the Indiana Pacers struck gold with Paul George in the back-half of the lottery, a clock started ticking. When it comes to free agency, the Pacers don’t compete with Miami, or Los Angeles, or New York, at least not for the stars. And Paul George is most definitely a star.

At some point in the future, there was going to be a moment when PG could leave. That time might very well be this summer, because as much as Indiana can’t afford to lose him, they absolutely cannot afford to lose him for nothing.

George himself seems to know this, and according to The Sporting News, he’s been making his preferred destination clear for quite some time now:

A SoCal native, he’s been talking about playing for his hometown team, the Lakers, for a long time. He’s never made his long-term intentions a secret within the Pacers’ locker room, according to former teammates. He wants to wear the purple and gold.

The Pacers, of course, are in an incredibly tight spot; imagine, say, Larry Bird trying to squeeze into an Indy Car. Oh, wait, you don’t actually have to imagine that, because the Pacers made Larry do just tha

If George wants to leave, he’s likely gone, barring a qualification for the league’s new designated player contract distinction, which kicks in if George makes an All-NBA team this year or next. But this year looks unlikely, and even if George plays well next year, the Pacers would be gambling heavily on an awards-voting process that is hardly a sure thing. Without that massive hometown extension advantage, or at the very least a much more competitive team around him, it’s hard to envision George coming back.

A player of George’s caliber leaving, with nothing coming back in return, sets Indiana up for a few very lean years. The Pacers have long maintained they can’t afford to truly tank, and there’s something admirable there; they’ve also hit on picks like George and Myles Turner, the only other potential star player on the roster, which has allowed them to continue to reach the playoffs, if not the heights of the Paul George/David West/George Hill/good Roy Hibbert years.

In Paul George, the Pacers have a player who might be too good to stay, but not quite good enough to carry a team on his own, which is getting harder and harder to do in the NBA. Bird has made some mistakes in an effort to patch over the roster, and firing Frank Vogel in favor of Nate McMillan remains an incredibly odd decision. If and when George does get moved, the headlines will almost certainly be centered on the big market team to which he moves, especially if it’s the Lakers.

But it’s the Pacers whose future will be changed the most. Indiana has leaned on Larry Bird for the better part of two decades now, and he’s done an admirable job both during his stint as head coach and while running basketball operations. He won’t be around forever, though. This could very well be the last major decision with which he’s tasked. It’s a big one.

Hopefully he fastened the seat belt on that race car.